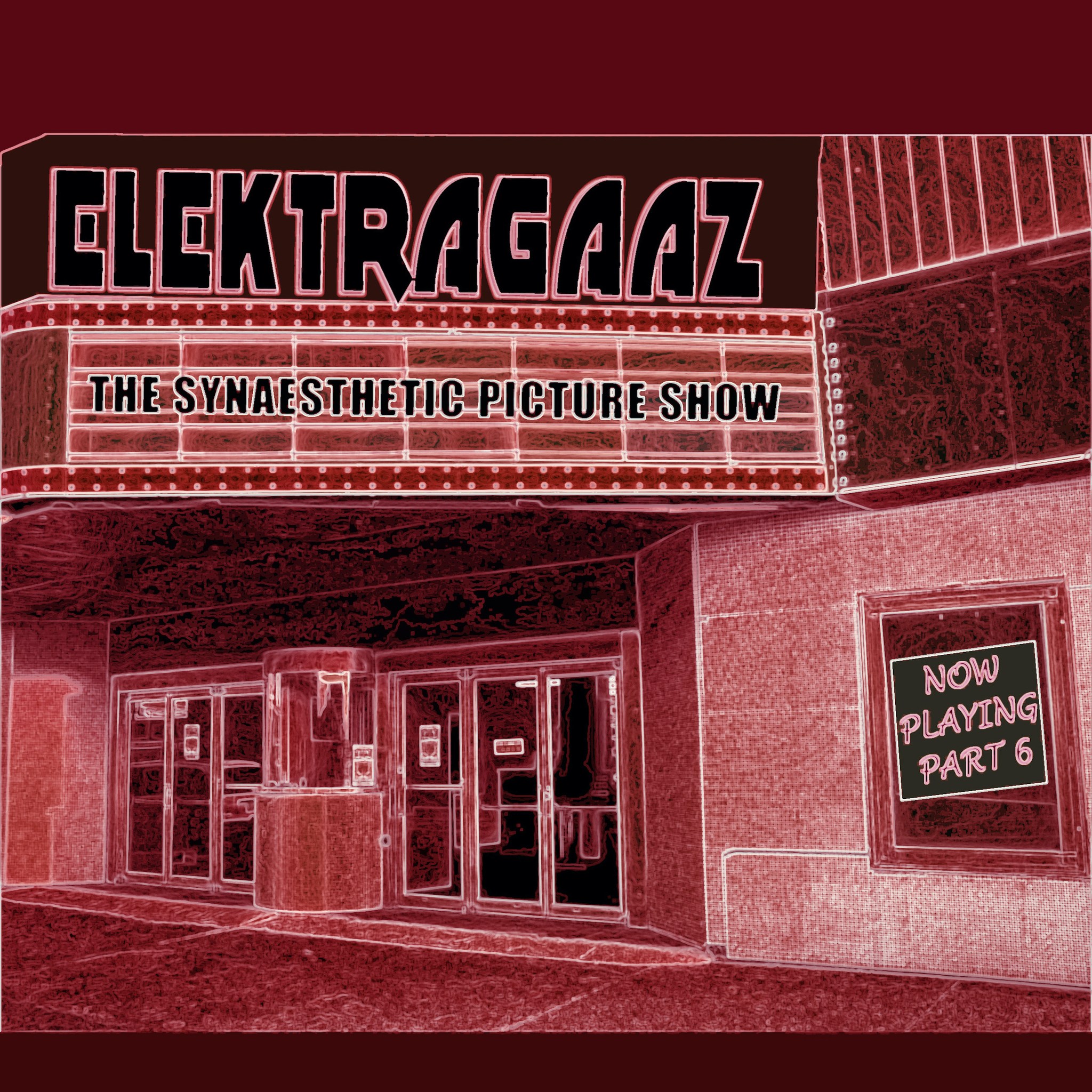 The relationship between spirituality and music is essentially as old as civilization itself, if not predating societal existence entirely. Concepts of divinity, good and evil, and the sense of what eternity is have always been entwined with the story of music, and in their new record The Synaesthetic Picture Show: Part 6, Elektragaaz envelop their unique brand of electronic music in such a dark strain of songcraft that one begins to confuse its questioning narrative for a new kind of sonic exploration any true music aficionado could likely ascribe to. The Synaesthetic Picture Show: Part 6 isn’t your mom and dad’s electronica record, but something a bit more clandestine and cutthroat at the same time.

The stories being told through instrumentation in “The Forge of the Red Horseman,” “New Boots – A Holiday Song,” “The Dark Forest,” and “American Humoresque” don’t quite unfold without hearing the complete record, but instead lend a path for the brooding arrangements they ride atop unto our souls, imparting emotional references that linguistics could not have accounted for. Elektragaaz isn’t just using strings and synths to construct a melodic patchwork here, either – the very noise and distorted chaos that binds the organic parts with those of the synthesizers are agents of evocation as well.

Even the absence of emotionality in the coldhearted delivery this unit provides “Sunset Wheels,” “The Forge of the Red Horseman,” and “Death and the Gunfighter” have a way of getting a point across to us that seems to evade almost every alternative release I review nowadays, and for this, I think Elektragaaz could serve as models for their peers. They know how to complete a narrative without having to create a big, cinematic prologue for us to get through in the first third of the tracklist, and this on its own is enough to put The Synaesthetic Picture Show: Part 6 more than a couple of pegs above the competition this year.

I would love to hear “American Humoresque,” “Sunset Wheels,” and “American Humoresque” live in concert sometime, and I honestly think that all of the material on this EP would probably sound even more omnipotent were it to be performed in the right kind of venue. An intimate setting would be too overwhelming for both the band and the audience, but with the proper acoustics, The Synaesthetic Picture Show: Part 6 could produce a setlist for Elektragaaz that could both entrance and engage onlookers in a way that hasn’t been big since the time of electronica’s first major wave so many decades ago.

The early 2020s have thus far been a surprisingly good time in the history of avant-garde music all things considered, and enthusiasts would be wise to get their hands on a copy of the new record from Elektragaaz to complete the soundtrack of 2022 as soon as possible. Derived from themes outrageous, gutsy, bravado-laced, and fierce all the same, The Synaesthetic Picture Show: Part 6 will have an effect on you from the moment you press the play button forward. It’s big, it’s brash, and unlike its stylistic rivals, it lives on the bad side of the tracks on purpose. A solid five out of five stars for this EP.