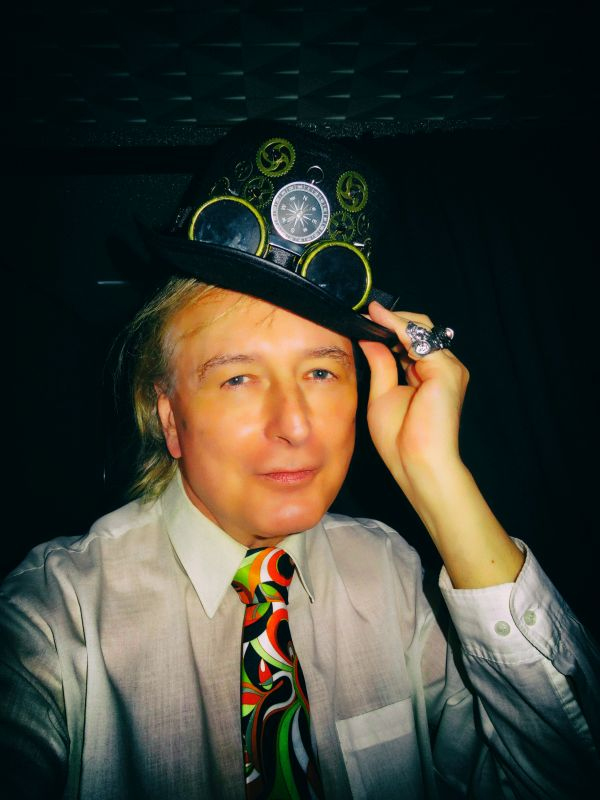 From Austrian based electronic genre-bending maestro ViennaCC, a sharp and catchy lampoon of materialism in the form of his latest single “Shopping Queen.” This latest track, produced by CC and backing orchestra by the man who’s a well-rounded talent with skills rooted in guitar, piano and more, is an absolute banger of a slightly comedic, surprisingly insightful condemnation over the addiction that plagues many today, whether they know it or not.

The track kicks off with an almost campy throwback to doo-wop sounds before kicking into the disoriented remixed vocals that almost portray the experience as a nightmare, and not just one of the finances. Here he pointedly addresses how the subject of his song is a vain, needy, consumerist nightmare boiled down to the line “I am shopping, therefore I am.” Lyrics like that are strewn all over the track, to incredibly effective results. It’s a wonder that for a song that in theory could be a throw-away “Boo, buying things is bad” track, it instead opts for a more optimistic route with an emphasis on abandoning shallow notions in favor of communicating emotions as ViennaCC states in his personal opinions about the importance of connectivity through music.

It’s an enlightened point of view that’s helped by the quality of the song, slickly produced and almost a satire of the kind of 80s flash jams you’d hear during a shopping montage in a film. It’s a song that’s almost a cross between later day electronic styling of Queen and, in a weird pull, The Beastie Boys. Humor is a tool that Vienna has always used incredibly well, and that’s probably a byproduct of his relaxed nature which is what makes it so funny and endearing as he sings about the nightmare experience of a woman who’s clearly using him with lines literally stating that she just wants his wallet.

Whether this song comes from personal experience is up for debate, these kinds of stark opinions typically aren’t just formed out of nowhere. Vienna’s vocal delivery, while decently augmented and reversed, can come across as over the top initially, but it’s a groove you quickly settle into once the distinct tone of the song has established itself. It’s the kind of song I hope could belong on an entire album of estate contemporary observations, and while CC is from Austria, there’s something oddly American about his criticisms, but that’s understandable when you take into account how many big-mega corporations have a strong hold on us and marketing is more aggressive than ever.

This is the type of song for a real music appreciator in both its somewhat experimental practices, but just for how despite being a massive fan and influenced by likes of Hendrix, The Beattles, and The Kinks (the latter this almost feeling like a demented version of a lost song) it stands on its own not beholden to dated motifs and references, even when it name drops a comical and sly James Bond mention. A highlight of a fantastic year for music!

The music of ViennaCC has been heard all over the world in partnership with the radio plugging services offered by Musik and Film Radio Promotions Division.  Learn more https://musikandfilm.com