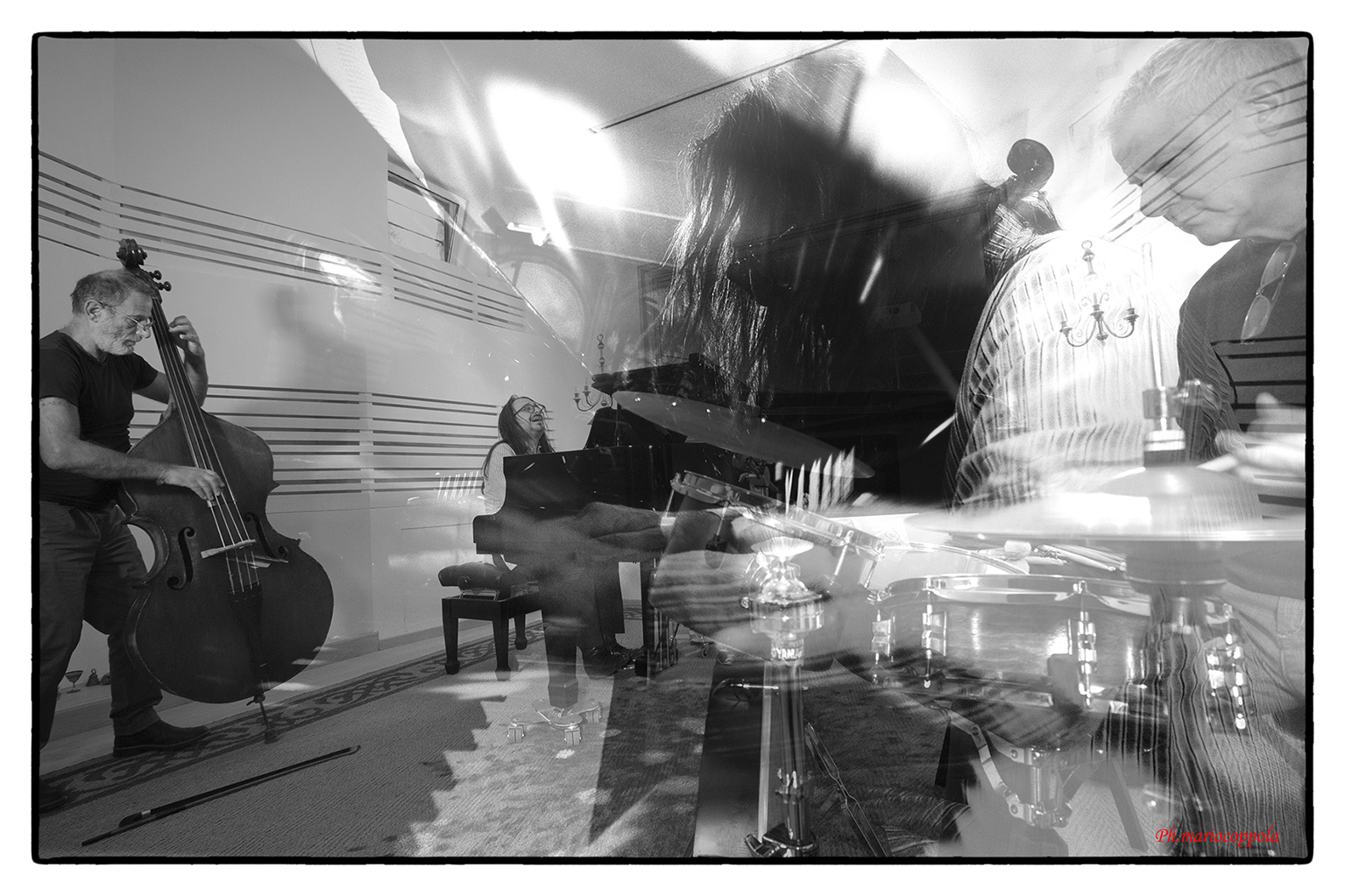 The bass lets out a singular hushed moan as we sink into the depths of “Traveling with Wayne,” the first song in the four-part tracklist of Mumex Trio’s Folds of Time, and as heady as this tonal introduction is, it doesn’t represent the most avant-garde moment we’re to encounter in this album. Contrarily, this is just a simplistic preview, a textural wink if you will, indicating the kind of raw, tension-based musicality we’re going to be dealing with, the best of which, mind you, attacks us without rhyme or reason out of the cold darkness of silence. There’s no letting your guard down in this positively thought-provoking sonic journey, but compared to the lax musicianship of similar efforts this year, Mumex Trio’s is a bold step towards legendary songwriting.

“Traveling with Wayne” takes a few minutes to find its jittery, angry keys, but when it does, there’s no stopping the momentum Louis Siciliano commands from the center of the master mix here. A more scattered (and much shorter) track follows in the mad “La Roue De La Fortune,” but as zany as this piece is, it doesn’t feel any less complex than the preceding song is. There’s a calm to all of the discord in Folds of Time that left me enamored with Mumex Trio the first time I listened to this album, and despite its stylization being geared towards the serious jazz connoisseur almost exclusively, there isn’t any genuine arrogance to try and get past in this material – the opposite, if I’m being perfectly honest.

Mumex Trio turns things up with the excitingly multi-part “Folds of Time,” the obvious signature track on the record, and although this is one of the more arduous arrangements here, the tense, atmospheric tonality it exploits for emotional context is incredible. I probably listened to both this song and its darker neighbor in “The Legend of Mansa” a couple of different times just to get a grip on the changes in the rhythm between the two of them, and as jarring as some of the snapshot-style modulations feel in the moment, they retrospectively have more cohesiveness because of their urgency. These aren’t amateurs putting up a good front in Folds of Time; if you ask me, these players are some of the most talented I’ve heard outside of a mainstream circuit in a long time now.

We finish the album with as much of a gentle whisper as we start it with, witnessing “The Legend of Mansa” almost poetically slip into the silence through which it once rips so dashingly, and even at under thirty-eight minutes total, this still feels like a complete effort from Mumex Trio. For this being their first record together, it sounds like they’ve been playing this material for a long time now, working out every kink until they had the perfect stylistic cocktail for any inclined jazz fan to sip on. It was worth all of the effort, and those who don’t agree likely don’t know much about the refined side of free jazz in the modern era.

The Best White Sneakers For Every Budget And Style
Lit Hub Weekly: May 16-20, 2022
Kourtney Kardashian and Travis Barker Camp-ified Catholicism
Was You’ve Got Mail Trying to Warn Us About the Internet? (Or Telling Us to Give Up?)
Stephen Glover Thinks Atlanta Season 3 Will Go Down As Its Best Season