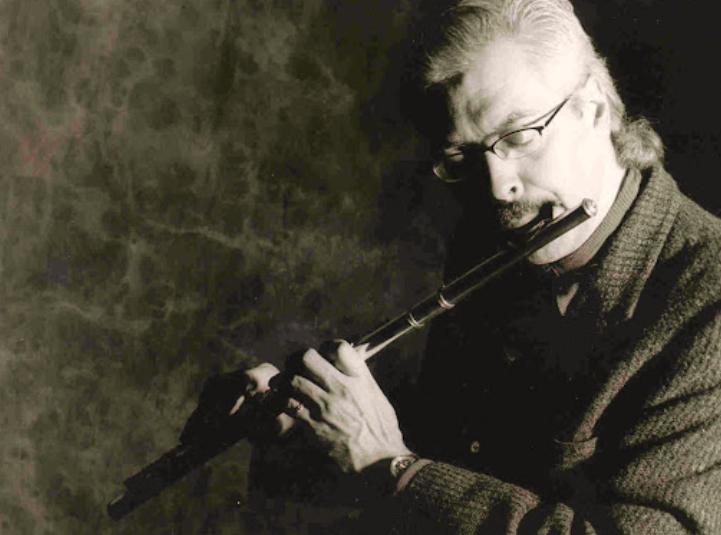 Flutist Bill McBirnie teams with Bruce Jones once again for the seven song effort Forever. The two have worked together on previous releases, so they are acclimated to one another’s artistic vision and sound more in sync than ever before. The seamless compositional strengths of the songwriting are one of Forever’s standout elements; few instrumental albums in my memory benefit from such outstanding melodic strengths.

Those melodies will endear the songs to anyone longing for a vocalist. McBirnie’s capacity for melodic invention is apparently endless. You may appraise this album before hearing it as another virtuoso entry where the musicians involved rely on dazzling displays of musicianship alone to entertain listeners. It isn’t. It combines impressive instrumental skill and entertainment value in one package. Few music releases, no matter the genre, achieve such balance.

Jones handles drumming and percussion duties throughout the album. The opener “Criole Blessing (Saravá Criola)” derives much of its momentum from Jones’ drums. McBirnie counterpoints it with flute and alto flute lines that spotlight his skill. The physicality of his nimble yet controlled playing, however, jolts the melodies to life. The tandem establishes an unshakable dialogue in this track they sustain for the entirety of the release.

McBirnie and Jones’ tastefulness reins in the samba influences heard throughout “Song for Svetlana (Um Choro Para Svetlana)”. The drumming isn’t as pronounced as we hear during the opener. Guitar has a much more prominent role during this song than during “Criole Blessing” and accentuates its reflective spirit. “This Passion (Está Paixão)” highlights Robin Latimer’s electric bass without minimizing other instruments in any way. It is one of Forever’s centerpiece performances. His imaginative and unobtrusive pairing with Jones’ drumming plays a critical role on the album by opening the door to Forever’s second half and widening its stylistic scope.

The remaining tracks have intangible pop appeal. The flute isn’t an instrument we associate with popular music, but Forever’s songs turn such expectations on their head. McBirnie plays some of the album’s catchiest melodies during “It’s the Time (Saber Se Amar)”. Light synthesizer adds atmosphere, and Latimer drops key bass contributions into the performance. It’s the varying moods of McBirnie’s flute, however, locking down your attention. He transitions from one perspective to another without a misstep.

McBirnie and Jones close the album, excluding a bonus track, with “Dreams and Light (Canta Canção)”. The longest track included on Forever is a much more wide-open cut than its predecessors. “Dreams and Light” has the trappings of a definitive final statement. The same inspired burst in his playing heard in earlier tracks is as vital here. The album’s bonus track “Full Moon Blue Wolf” is Forever’s only song with a vocal and worth the wait. Jones doesn’t treat the words dismissively despite their non-English singing and it never sounds out of place. McBirnie’s flute gives the preceding six songs such strong “vocal” qualities that injecting singing into the mix is an extra helping of goodness. It makes for irresistible listening. It’s an excellent final touch on a sparkling and fulfilling release.

“You Are” by Robert Minott
The Howard Bloom Institute Releases…Music?!
Luka James Guests On “If These Walls Could Talk” With Hosts Wendy Stuart and Tym Moss 12/8/21
THE MAKING OF VIKKI SOTA
Exclusive Interview with Guitar Legend Dave Isaacs