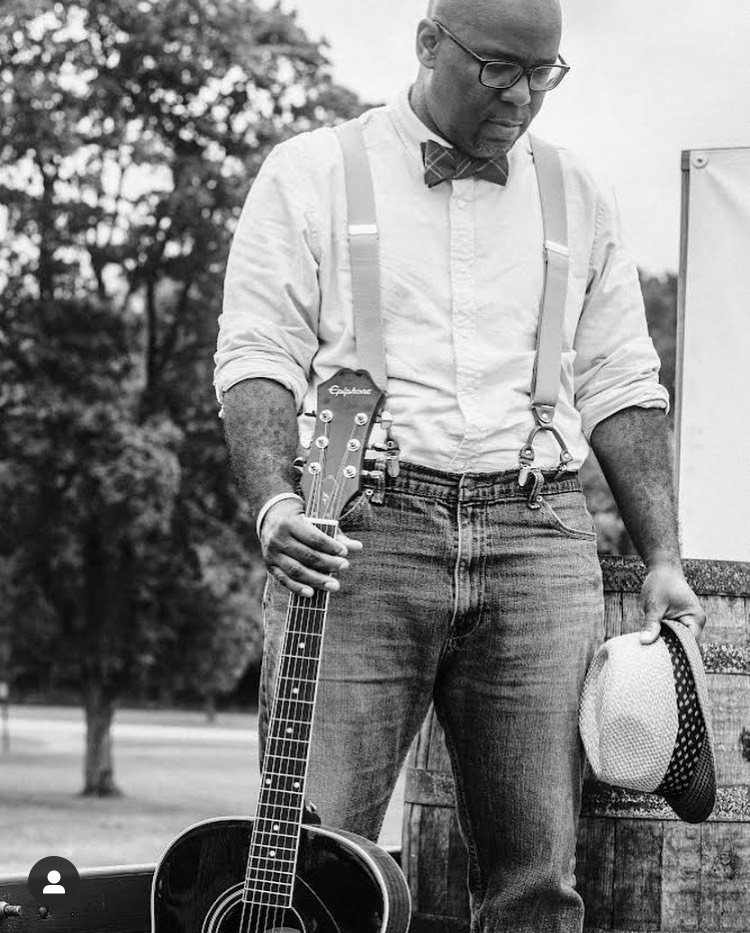 I come from a family of musicians. My grandfather and uncle sang and played guitar in church. I used to sing along with my mom in the car during long road trips and thought I was pretty good at “mimicking” the singers on the radio. As I went through school, I spent most of my time joining any chorus, choir, play or quartet that required singing in whatever form. I surrounded myself with people who were equally as passionate about it and that hasn’t changed. Now I get to do it all the time and I wouldn’t have it any other way.

How would you describe your style of music for a new audience?

I like to say that I create soul music for the grown and sophisticated. I think most folks who listen to my music have experimented musically with many genres throughout their lives and have come to learn the hallmarks of quality music. I’d like to think that’s why they listen but I’ve been wrong before haha. But I think it’s best to let folks decide for themselves.

Was it ever overwhelming practicing as you were building your skill?

YES! The most recent example I can point to is when I was learning to play guitar 5 years ago. At first, I couldn’t understand how people could get their fingers to do two different things at once. Fretting and strumming/fingerpicking was way out of my skill set or so I thought. When I was learning the basic chord shapes, the “D” chord was the most difficult of all for me and it took 2 to 3 weeks to get it. On top of that, I’d practice after a long day of work and it was the last thing I wanted to do. It was during these times, that I would have preferred a hot shower and my bed, but I forced myself to keep going, knowing I’d feel cheated if I gave in to that inner voice. Glad I didn’t.

What advice would you give an artist if they hit a challenge like this?

I’d say set a goal to work on whatever skill you want to improve on. For me, I made a commitment to practice everyday for at least 10 minutes. Oftentimes, I’d go way over, but if I didn’t feel like it on some nights, then I knew I’d only have to suffer through for 10 minutes and still feel good that I practiced. Tackling big goals in smaller chunks works for me and I’d definitely recommend it for any artist trying to achieve any goal.

What was your first single?

My first single was a song entitled “Show Me Your Socks” which was written as sort of a gag song. I livestream often and unfortunately you have people who don’t play nice in these chatrooms. So a friend asked if I would take her horrible experience and turn it into a song, hence the title. I guess this “troll” thought it was a dating site and his requests weren’t welcome so the song is written as a parody from the viewpoint of this chat room troll. Pretty hilarious song. Especially being that it was my formal introduction into the music industry haha.

What is your latest single out?

The latest single “Date Night” was released at the end of June earlier this year. I’m really proud of that song because I played every instrument you hear. This is a huge feat for me considering I could not play any instruments as of 5 years ago. I love the vibe of this song because it jives with the whole “grown and sophisticated” vision I’m going for. And the feedback I’ve gotten is much the same so I’m really excited about that.

What is the difference between the two?

The first single “Show Me Your Socks” was entirely self-produced AND it was my first time using music production software to create and release a song. Whenever I listen to it, there are lots of production flaws I hear that I didn’t know how to correct. But I kept them all because I knew I’d be billing it as a parody song. With that in mind, I felt I could get away with some of the production issues figuring it would add to the charm of it all. I think it did. “Date Night” is the culmination of 4 years of tinkering, and the production of 5 releases since then. My playing is better, my production chops are way better and you can hear a clear difference. I’ve still got so much more to learn, but I’m glad I’ve got the experience. You can hear both songs on Spotify or all major digital platforms.

What are you looking forward to with an upcoming release?

The next release “Drunk” will give me a chance to talk about a side of my personality that I don’t mention much. I was at a different point in my life, but I felt the song was necessary to put out there to demonstrate the transformations that are possible. And to also release something that might draw out fond memories. Being drunk wasn’t fun, but I went through that experience with people who I’m still friends with today.

How would you describe your style of getting music out? A bootcamp or go with the flow?

I would say my release style is more going with the flow than bootcamp. That being said, I am working toward a more bootcamp style of release with deadlines and structure. Looking at other artists, I’ve found that the most successful releases are the ones with a structured strategy behind it. But it definitely takes practice, especially if you’re completely independent and wearing many hats. The largest learning curve for me is creating content around my releases. And the only way to get better is to just do it, see what works and what doesn’t. Then pivot if you have to. It’s a work in progress for me, but I keep chugging along. I’ll get it one of these days.

Just want to thank everyone who has been so encouraging about this journey I’m on. Lots of folks have helped along the way whether directly or indirectly. I appreciate all of it. And thank you guys for giving an awesome platform to indie musicians like myself. Thanks for having me!