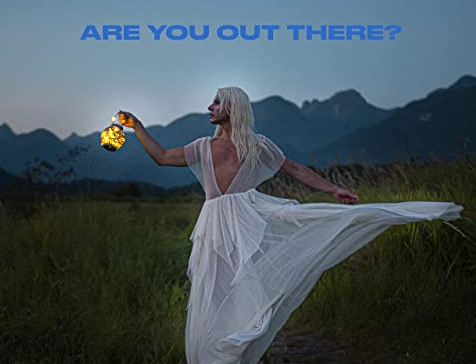 Between lackluster acts like Young Doctors in Love and the simply atrocious Jeremy Rice, it’s easy to get a little prejudiced against some of the so-called buzz makers emerging from the Canadian underground at the moment, but in the case of a player named Calvyn Cass, it’s understandable why he’s been bringing so much positive attention to the Vancouver scene as of late. Where a lot of his hybrid contemporaries have been content to simply fuse conflicting aesthetics in a halfhearted artistic pose, Cass is going the distance in his new single “Are You Out There” and nudging the boundaries between pop, R&B, and indie rock like none of his rivals have been able to in recent years. This is a pivotal release for his brand, and something I think a lot of American audiences are going to get turned on by this fall.

As someone who has spent a good chunk of his life exploring the world, Calvyn Cass brings a lot of experience venturing into unknown corners of culture into the recording studio with him, and it never translates as being self-righteous in “Are You Out There.” Contrarily, he presents us with the polar opposite of an Instagram yogi tourist panhandling for tips on TikTok; there’s a touch of reggae and worldbeat sewn into the construction of the hook here, and it feels entirely natural and not poached from a more legitimate source. He’s not trying to find himself in this single but instead giving us a genuine look at who he already knows himself to be.

I love the swagger that Cass has with the microphone in his hands here, and I hope that it’s something I get to experience during a live performance in the future. He’s got an energy, an absolute presence if you will, in “Are You Out There” that allows for the yearning in his lyrics to feel more than heartfelt – it’s an intimate expression typically reserved for late-night chats between best friends and lovers the same. This is an artist doing much more than just straddling a sexy hook that makes his vocal harmony sound impeccably emotive; he’s being vulnerable with us, and not withholding any part of himself through what he’s singing.

If this is just a preview of what’s still to come from Calvyn Cass’s discography in the future, I believe his name will soon be elevated to a mainstream conversation so many of his contemporaries would love to gain access to at some point in this lifetime. I’m still familiarizing myself with this player’s artistry, but there’s something special about the delicate way he can make a larger-than-life melody seem gentle enough to sit beside and confide in on a clear autumn afternoon. Forget the pseudo cerebral gibberish that a lot of the surreal pop scene has been pumping out during the pandemic; Calvyn Cass is getting to the heart of the matter in “Are You Out There,” and setting the bar high for the competition he faces in and outside of the Canadian underground.