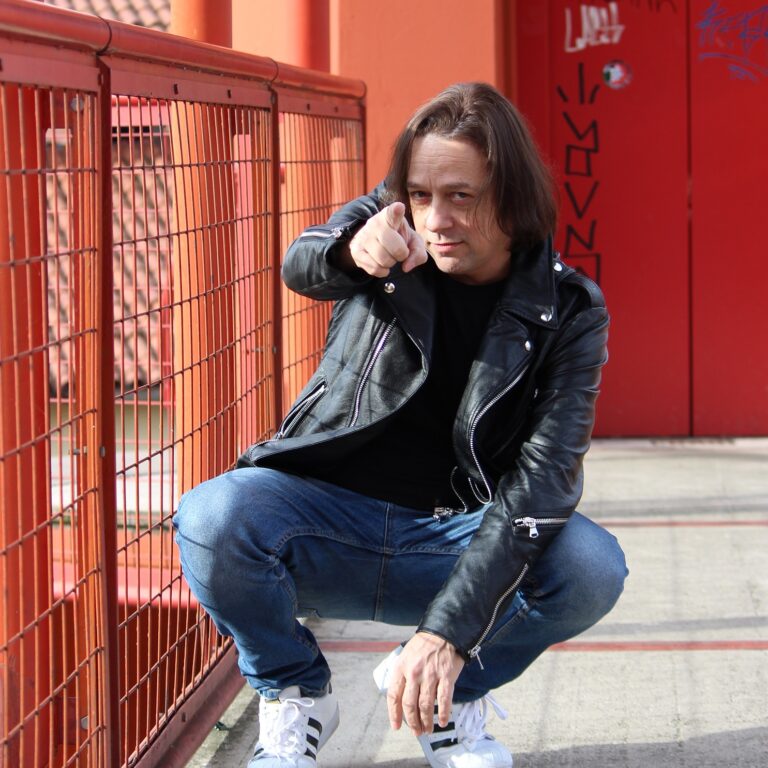 Lorenzo Gabanizza is one of those tireless, overachievers, who has mastered the art of serial songwriting. His latest release, has that sort of elder statesmen authoritarianism. “You’re Not There” is in some ways your typical blues standard, cloaked in the warmth of a tender ballad. Much of Lorenzo Gabanizza’s history is associated with his work in Europe. He played in several bands on the other side of the Atlantic, and was an integral force, creatively, in each respective project.

For his most recent effort, Gabanizza spared no expense. Not only did he recruit Jeff Christie for vocal duties, but he also enlisted backup singers, a pianist, and even a sax player, who delivers a scintillating solo. The track was mixed by Peter Hall, of Liam Gallagher fame. The result is a 5 plus minute piece, that has a slightly cinematic slant to it. Though, Jeff Christie does the majority of the singing, it’s Gabanizza words and emotions that define the piece.

Overall, “You’re Not There,” seems to be about the relative brevity of life. By accounts, Gabanizza was involved in a serious accident, a few years ago. Though, he’s never officially gone on record and revealed any sort of correlation between the song and his accident, one can’t help but speculate. There’s a sort of cautionary advice, contained within “You’re Not There.” It tells us that though it’s a cliché, life really is much shorter than we can realize, until it’s nearly over.

The most standout aspect of “You’re Not There,” would be the blending of so many textile elements. It’s a busy song, but you don’t really notice that. Peter Hall achieves a stripped down sound and feel, that serves Lorenzo’s narrative. There’s a great deal of layering, that is done so, masterfully. Each particular instrument is given their chance to shine, with the saxophone nearly stealing the entire show.

Lyrically, “You’re Not There” is relatively conservative in scope. It’s a song that doesn’t stray outside of its self-imposed parameters. You’re not there/then you’re here/then you’re gone. You get the impression that Gabinazza was going for something with profundity, and in a way, he succeeds. It’s a bit of an undefined concept, but most of us will find that it resonates in some capacity.

Lorenzo Gabanizza sounds as inspired as ever on “You’re Not There. It’s not a stretch to think that he still has several albums worth of material, left in him. While “You’re Not There,” might be perceived as the obligatory ballad piece, it does show how much of a fundamental grasp, Gabanizza has on songwriting. He selflessly, doesn’t feel the need to showcase himself, as the lead vocalist, instead opting for the bigger picture. The fact that he has yet to go into specific detail on his 2018 accident, indicates the profoundly existential impact it had on him. This song is a solidification that Lorenzo Gabanizza is indeed, still here, and that there’s a very good reason, for him to be.