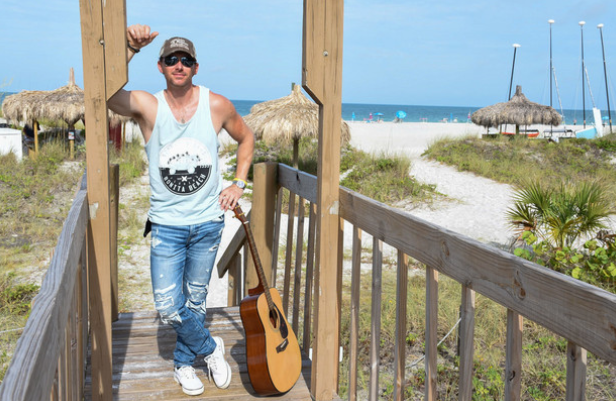 Jarod Grubb’s musical career is in full bloom. His debut single “Tiki Bar at the Beach” has garnered him an impressive initial following and his follow-up, the new single “What She’s Drinkin’ On” promises to build on its success and catapult the Montana born performer to an even higher level. It’s an auspicious sophomore effort for one of the most confident pop performers emerging in recent memory. He’s a born entertainer whose skills will only expand with the passage of time.

I doubt if he envisioned the possibility of this path. Grubb, until a few years ago, devoted the majority of his energies and time towards a burgeoning baseball career, but the call of music always resounded across his mental landscape. His innate musical skills, beginning with classical piano and saxophone, helped him pick up the guitar fast and Grubb soon began writing his own songs.

It isn’t just about booze and good times. Relationships, life experiences, and partying are among the typical subjects for a Jarod Grubb song and there’s no indication he can’t incorporate more. “What She’s Drinkin’ On” is purely commercial, yes, but you still hear the obvious brains behind the writing. It comes across in the well-crafted lines, the fluid transition from one passage to the next, and its clearly defined architecture.

Grubb has associated himself with the country genre but “What’s She’s Drinkin’ On”, despite its subject matter, is far removed from the genre’s traditional trappings. The song’s fiery guitar guitar sound and approach is rock through and through further inflames the arrangement as it progresses. I am impressed by the heated pitch this song reaches given its essentially light-hearted nature.

The compelling rhythm will get listeners moving as well. Grubb, however, never goes too far and allows the song to become cluttered. One of the song’s defining characteristics is its clarity of purpose. Longtime music fans will know where this song is going from the beginning but its predictability will never bore listeners. Grubb makes it quite fun to get there.

He never wastes listeners’ time. This single is accessible and speaks to listeners in a conversational way without ever attempting to punch above its weight. His possibilities are boundless, however, and it’s easy to come away from this song with the feeling that we’ve only scratched the surface so far of Grubb’s talents.

He sings like a man with the world in front of him. His spirit fills this song with an intensely physical rush during an assortment of lines but demonstrates enough vocal canny to pull back at the right moments. It is his performance that, for me, is the unquestionable heart of this song but he sings in perfect accord with the arrangement from beginning to end. Let’s hope his first solo EP drops soon. If Jarod Grubb can continue riding this high creative wave, there’s no telling where it can carry him. He has all the goods to go a long way and I don’t hear even a hint of turning back in his voice.

The music of Jarod Grubb has been heard all over the world in partnership with the radio plugging services offered by Musik and Film Radio Promotions Division.  Learn more https://musikandfilm.com

‘Dr. Beach’ names the top 10 US beaches for 2022
The Making of Chanel No. 5
Man Arrested for Threatening to Blow Up Tyler Perry Studios
Duff McKagan – Punk Is Responsible for Guns N’ Roses, Metallica
Viral Sensation Juicy M teams Up with Drop the Cheese On House Smash, ‘Dale’ on LoveStyle Records