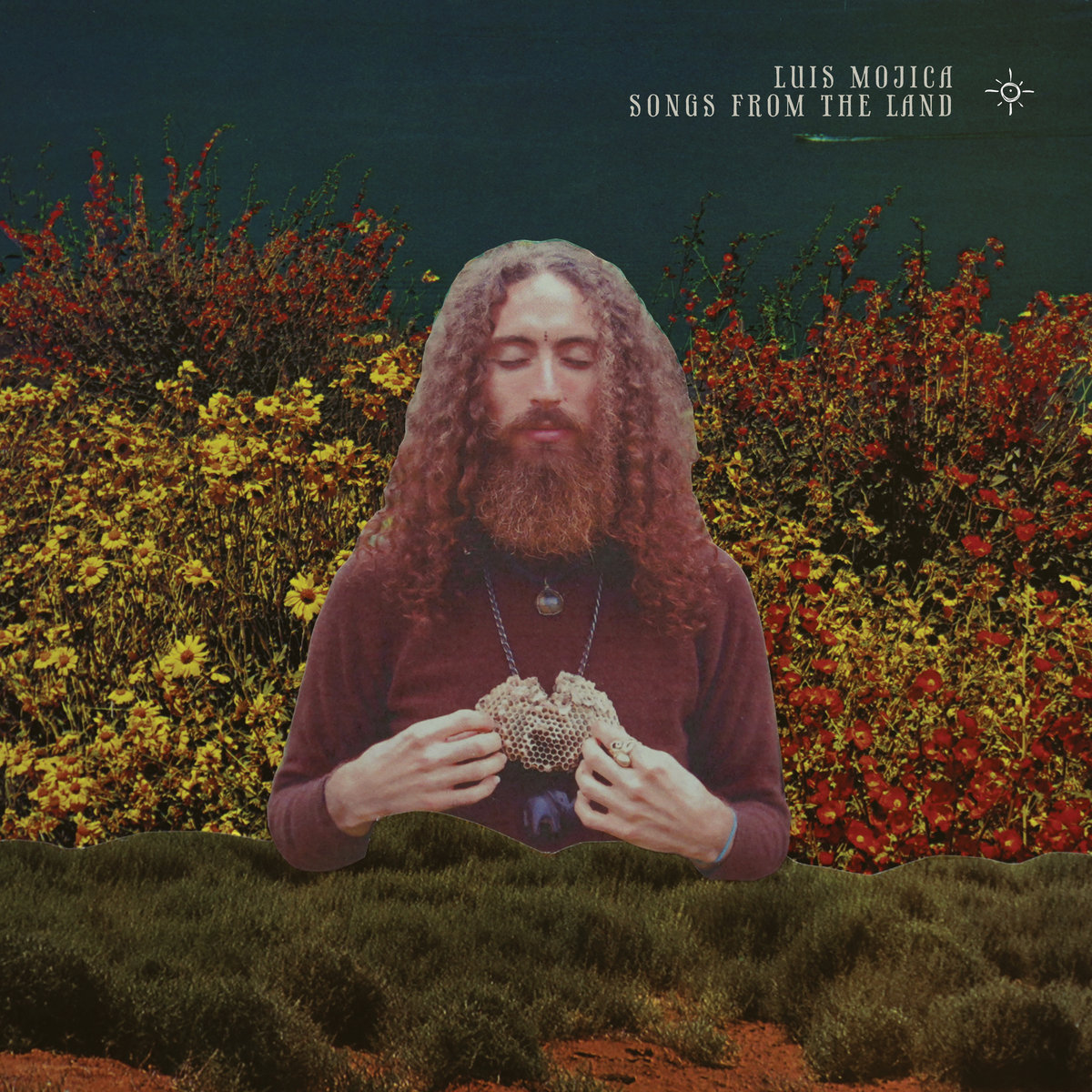 It’s been a while since I’ve truly felt transported to another world thanks to an album. The relationship between artist and work is so stiflingly close that oftentimes it can feel like they’re singing directly to you and communicating broad thoughts, but neglecting other components of storytelling or immersion.

“Songs From the Land” by Luis Mojica has broken the mold, crafting work that harkens back to the songs of the 60s and 70s with his self-described “freak folk” and if this is what’s considered freaky, I don’t want to experience normal ever again. I should be upfront and say that if folk isn’t your thing and more ambient and methodical driven music turns you off, I don’t know if you’ll be convinced. It’s an album that I suspect might be even more affecting on road trips or long drives, just to truly immerse yourself in the production and really savor all the lyrical choices that are primarily heavy on geographical description and esoteric observations on love, journeys, and the world at large. It’s a dense piece of work that’s almost deceivingly crafted. A track like “Pine Child” starts off sounding like a Bon Iver b-side with probably the most warm and wholesome sound of the whole album, with lyrics describing love like “And into her gaping mouth, my love poured out”. Later the track transforms from a decently and effective love ballad to an almost sprawling Sgt. Pepper’s Beatles song with a jaunty brass band that kicks in and a more exaggerated vocal performance.

Speaking of vocal performance, Mojica really savors every word without lingering past the point of enjoyment, especially on tracks like “Strange Disease” a twisted and pained love ballad that breaks away from the more countryside elements at play with a song about love found in New York City and lines like “Two Witches together under the spell of strange delights”. The mixing and overall production on this record is just breathtaking, managing to capture a raw soft spoken nature that’s also marveling at a larger world, but never navel gazing. At worst, the album can sometimes be a little repetitive with its descriptions, and there’s a couple times that references to earlier songs can come across as a little self-congratulatory, but for me it works if only because it makes the whole album feel like a journeyman’s tome poem. This is easily up there for my favorite listening experiences and has also reawakened my love for folk music as a genre. The earnestness and hard work Mojica has put into every song is noticeable and well worth the payoff.

If you’re looking to start a journey into folk music, it’s a very good place to start and I highly recommend your first listen be intimate and uninterrupted, so headphones are recommended especially to hear all the wonderful layering done with each track. For Mojica’s third album, it feels like a fresh start for the artist and I can’t wait to see what he does next.