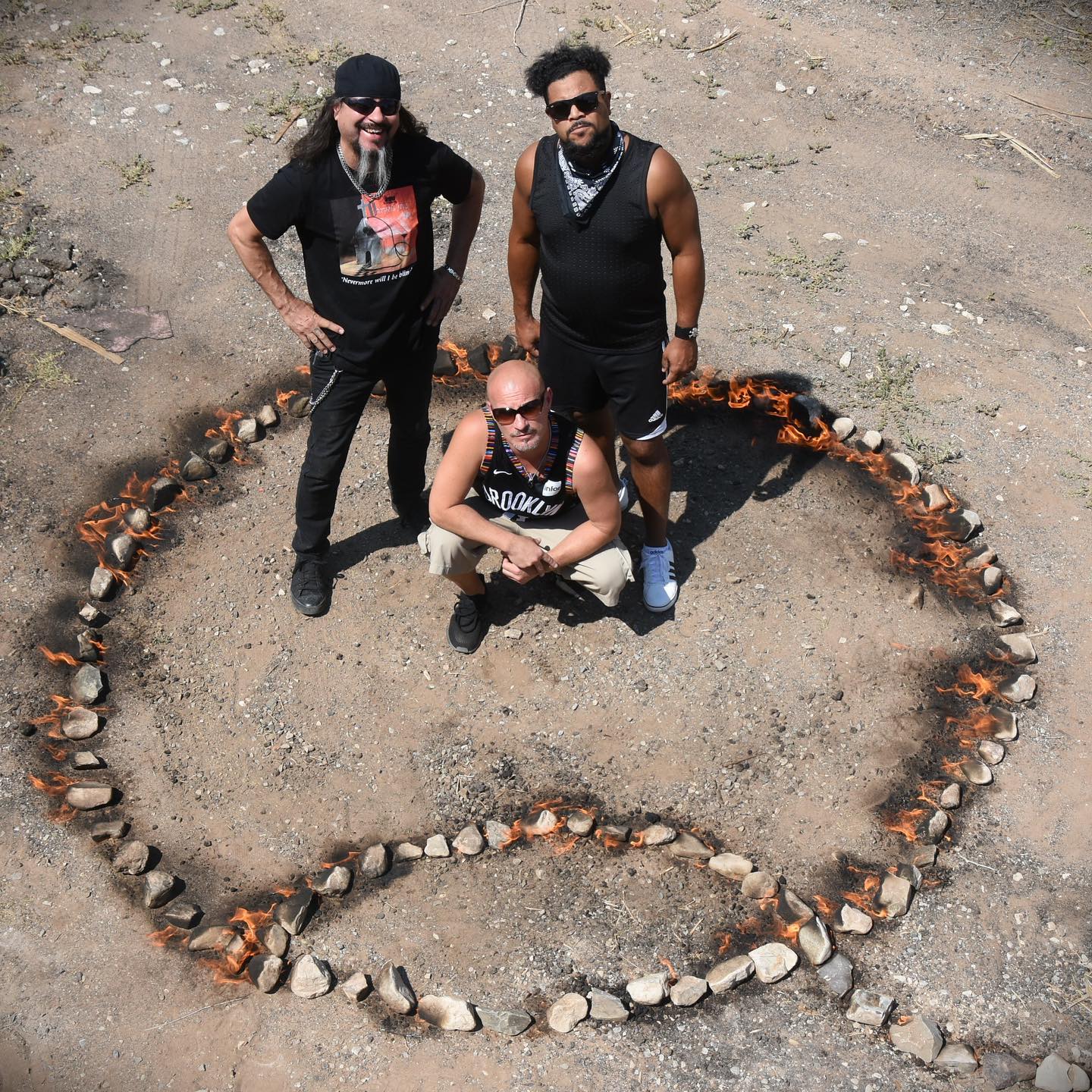 I hadn’t heard Little King or their previous albums before reviewing their latest release Amuse De Q. Reading in the press materials that Ryan Rosoff, the band’s chief songwriter, cut his teeth on late early period Rush, taught high school English, and focused on creative writing during his college years put me on guard. Would this be weighed down with heavy-handed, wooden Neil Peart imitations akin to precocious high school poetry?

My fears vanished in a blink. Hearing “Bombs Away” filled me with confidence and hope that, instead, Rosoff shared Lou Reed’s ambition to write songs adults enjoy employing progressive rock and other related styles. The lyrics are forceful, never overwrought, and capture significant details for the listener rather than leaning on generalities. Generalities can be valuable in popular music, but Little King is setting the bar higher for their ambitions.

Amuse De Q is a concept album, without a doubt, but doesn’t rigorously travel a point A through Z line. Rosoff’s roving eye is attempting to document something like the tenor of American life circa 2020/2021 with songs like “Keyboard Warrior” and succeeds. The hard-hitting rock arrangement gives a lot more emphasis to the words, Rosoff’s vocals are in full-on theatrical mode for this performance, but it isn’t difficult to imagine this song may date faster than others included on this collection.

“How Could You?” is a spectacular turn. Jessica Flores joins Little King on lead vocals as the song demands a female viewpoint for its depiction of domestic abuse. It is more evidence for Rosoff’s prodigious songwriting gifts. David Hamilton’s string arrangements for the song aren’t his only appearance on Amuse De Q, but I can’t help but believe many listeners will agree that this is among the album’s finest songs.

The varying changes in texture and tempo during “Set It Down” are fluid and coherent. Lesser bands often produce hodgepodge tracks where the assorted movements never add up to a greater whole but Little King has produced another gem notable for its inevitability. One section flows and transitions into another as naturally as breathing. The album’s title cut is another of its crowning moments. Some superficial listeners may latch onto the Rush influence audible during this track, but they are advised to listen deeper. No artist, any medium, is ever fully free from the songs that shaped them, but all art is part of an incomplete sentence. Each new work of merit adds a few more words to that sentence and, taken as a whole, it tells the story of what it means to be human.

Rage underlies much of “Omega Son”, but it isn’t the only face Little King reveals. The song explores a broad range of emotions rather than limiting itself to countless guitar salvos but, when the band turns up the heat, the album’s finale burns like no other. It draws out Rosoff’s most emphatic performance on the release. There’s a lot going on despite the album’s short length. Little King has advanced far past the point where you are going to find unnecessary bloat bogging down their releases and Amuse De Q is, arguably, their most focused collection yet.

At least no one’s buying all those stupid Trump aide tell-alls.
American Airlines’ regional carrier offers pilots triple pay to pick up trips in July
Could you land a plane in an emergency?
Unsurprisingly, books about abortion and reproductive freedom are in high demand.
9 Of The Best Hair Oil For Men (2022 Edition)