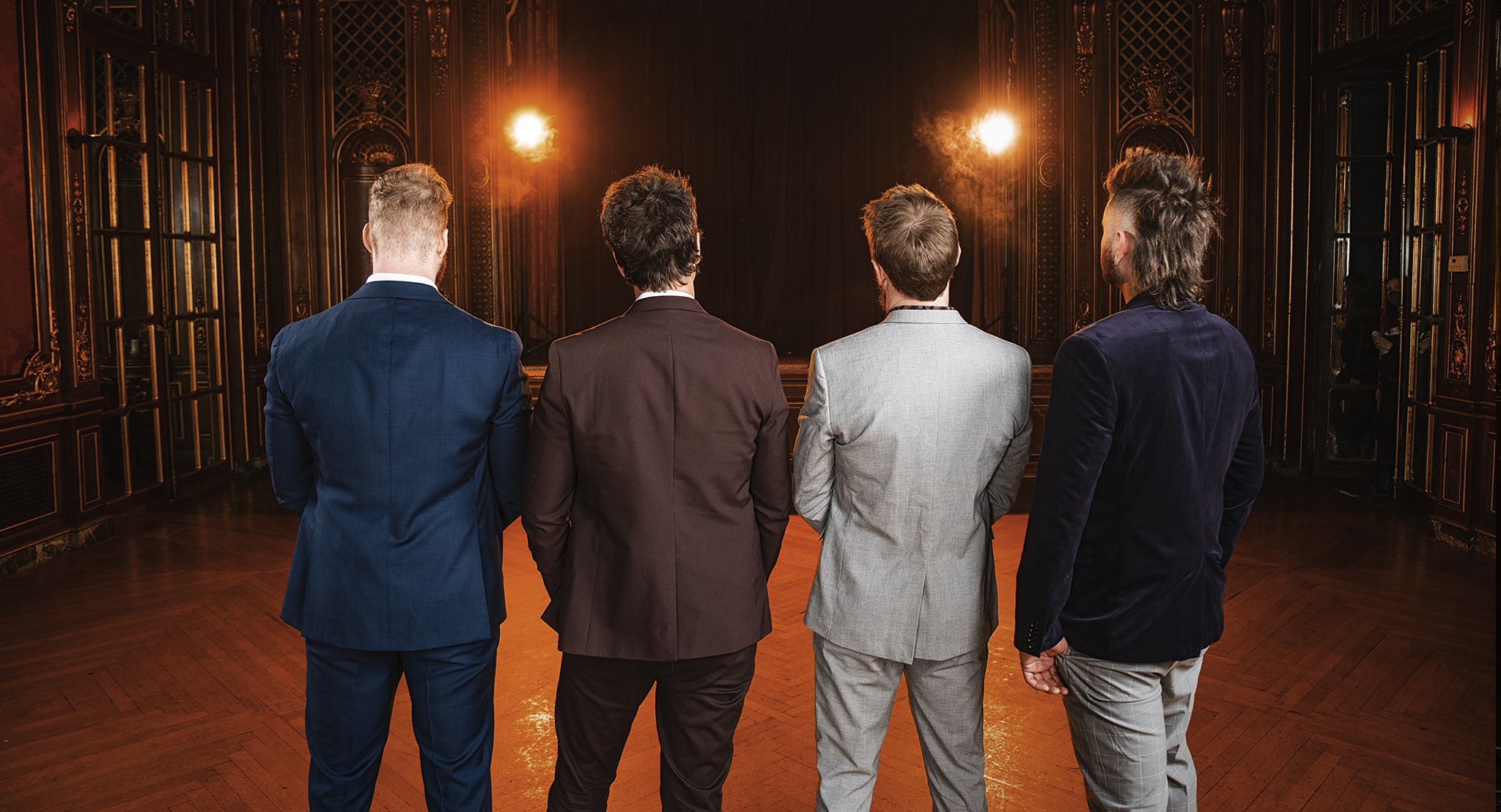 Depth in a contemporary rock band means more than just big guitars and bigger personalities; it means making complicated statements simple via the majestic tonal bond that comes from electric instruments playing in perfect unison. Burn the Ballroom have been thinking about this and other conceptual elements of their sound, and it’s evidenced quite profoundly in their new record Dark Stars & Velvet Skies. Although coming in at under thirty minutes in total length, Dark Stars & Velvet Skies covers a lot of ground – and uses nary more than the basic foundations the old guard in rock would have relied upon.

The beat is what shapes the tone of the lyrics in “Calm Down,” “10 to 1” and “Fall With Me,” the three songs that comprise the midsection of the EP, but not through an urgent pace of the percussion. On the contrary, because of the varying time signatures here, and the keys that accent the rhythm of the music so elegantly in the former two songs, we feel like we’re listening to something that could take a turn in virtually any direction along the path, if not develop something wholly unpredictable in style by the time we reach the second stanza in any given track here.

“The Long Way Down” has the sharpest hook of any song on Dark Stars & Velvet Skies, but it’s so natural that I would be surprised if it wasn’t the first part of the track written. Nothing sounds overtly composed specifically to score some decent radio play over the next four months, but at the same time, I think you’d be hard-pressed to find a reason why any of these songs couldn’t work on the college radio dial (and likely mainstream FM in urban corners of the country).

It would be nice to hear the concepts behind “Still” and “A Ship That Shared Your Name” reworked into full-length album-style material in the future, and I think that’s really the essence of what this EP is more than anything else – an acknowledgment of what is versus what was and a guided sneak preview into what could come next for Burn the Ballroom. Dark Stars & Velvet Skies doesn’t conceal its ambitiousness, but instead plays it off so cool and collected that you would think this band was always as experienced and well-suited to the pros as they are today.

Whether you’ve been listening to this group for the last ten years or are just now discovering the music of Burn the Ballroom through the release of this extended play, Dark Stars & Velvet Skies has something spellbinding for anyone who likes quality alternative pop/rock to appreciate this year. Rock took some heavy blows in 2020, but right now, it’s looking to come back into focus on the up and up largely because of the effort independent acts like Burn the Ballroom are putting into the genre every chance they get. I can’t wait to catch these guys live, and with any luck, the six songs here will be featured as a staple section of any setlist they play.