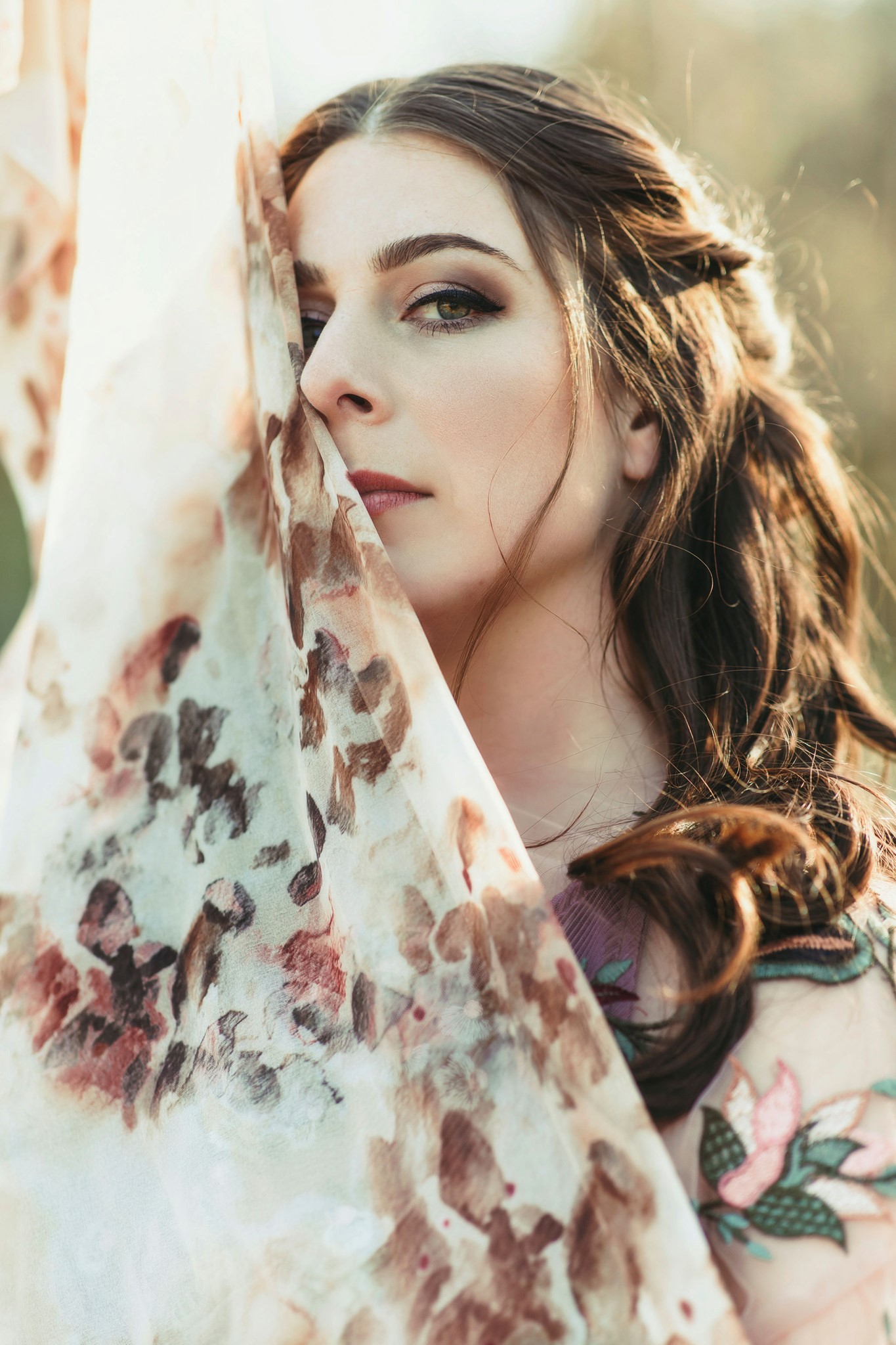 Melanie Rogers’ new single “r.u.o.k.” is a steep improvement over the already exceptional qualities distinguishing her preceding release “Fever”. We’ve witnessed this sort of trajectory before with other shooting star songwriters/performers, but the Santa Barbara, California native has all the characteristics of someone talented enough to endure for decades to come.

She’s coming from a place that makes that seem possible. Her musical life originally centered on the church and her spiritual beliefs, continuing even through her college years. It’s where she experienced performing for sizable crowds for the first time as the college chapel band staged worship service styled concerts for thousands. She joined a new church and continued her faith-based musical activities. Rogers; however, found herself eventually displaced from her position within the church due to a change in leadership.

It prompted her to re-evaluate her faith and artistic aspirations. Rogers long believed writing songs lacking any spiritual concerns betrayed God’s blessings, but that’s no longer the case. The personal point of view driving her songwriting is unabashed and prevalent; “r.u.o.k.” covers how her responsiveness to other’s woes is often difficult to shake. This surprising subject matter reveals more about Rogers as a person than it does about the “situation”. It’s a quality that all great personal songs share.

The track has inherent tension. It derives said tension from the juxtaposition of its ethereal piano playing with the presence of a “live” rhythm section anchoring the cut. Bass player Adam Schaefer and drummer Remy Morrit key the song’s success without ever straining for effect or overplaying; the latter gives “r.u.o.k” much of its surprising gravitas. Rogers has songwriting talents beyond her years, sings like a canny veteran, and the musicians she works with give her work weight it might otherwise lack.

The lyrics are conversational yet sparkle. Rogers has a tight grip on the song’s language and avoids any needless words. It’s another way she distinguishes herself from her peers and, particularly, contemporaries – Rogers has a natural facility with writing in this style that other talents work for years to cultivate and refine. This extends to the song’s length. “r.u.o.k.” never attempts biting off more than it can chew.

Her confidence is a remarkable thing. Despite being a relative newcomer to the world of popular music, rather than working exclusively in the Contemporary Christian vein, Rogers performs with singular assurance. There isn’t even a whiff of hesitation emanating from any aspect of the performance. This is the sort of thing you are born with; it cannot be taught. Melanie Rogers is someone born to sing and express herself.

We’ll be hearing more from her. I am certain of that. Fate, hard work, and luck will determine how much more. For my money, however, I’ll bet on the basis of “r.u.o.k.” that Melanie Rogers’ considerable musical talents will be providing joy and touching hearts for many more years to come. Coming in early on something, someone, this special is a rare blessing that allows us to go along for the ride.

Exclusive Interview With Blooming Fire
THE B-SIDE OF BODY OF WATER
THE FLOW OF JEIRIS COOK
April Rose Gabrielli’s Single “Do You!” Wins an Akademia Music Award, Gets Nominated for an HMMA Award and Gets Chosen As Official Selection of the “Female Voices Rock” Film Festival
Leland Sklar and Cosmic Wire Announce “Leland Sklar’s NFT Store”