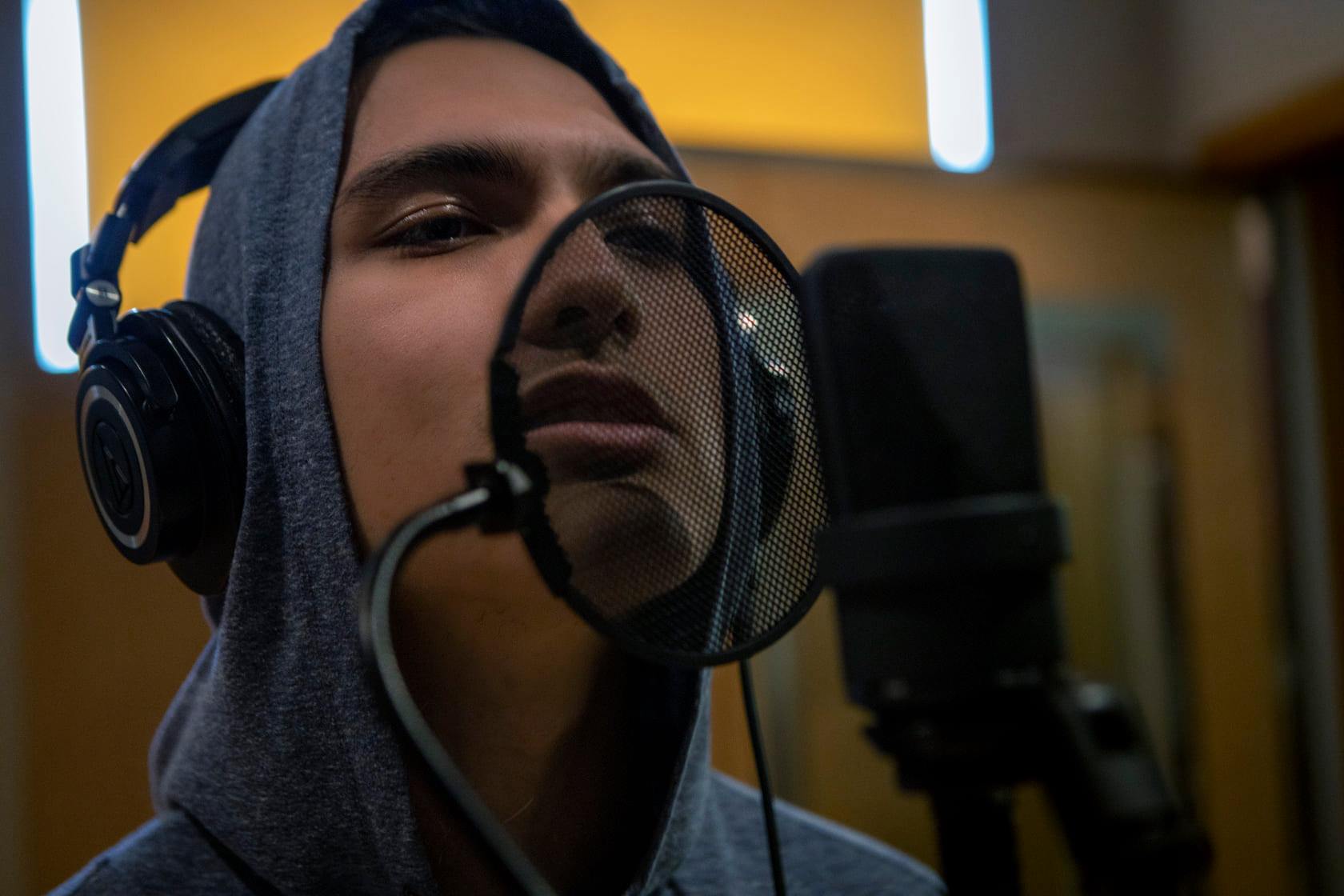 The concept of succeeding in the face of nobody else believing in you is a hard pill to swallow, but it unlocks something within your subconscious: the ability to be your own biggest fan and supporter. Without self-belief and self-approval, greater success may as well feel like a total impossibility because that’s the way the cookie will undoubtedly crumble. For up-and-coming rapper/singer DICI, this seems to be something he learned early on. Across the few songs he already has to his name, there’s an electric undercurrent of charisma and confidence most spend their entire lives pursuing, and his latest single “Five Rings,” which gains its namesake from historic Japanese “The Book of Five Rings,” continues the trend.

“Five Rings” is a truly unique track for DICI when put in comparison with the EP he released in early 2021. While the EP is disarming in its overall quality and togetherness for a debut release, there is something still entirely undercooked within it, which is common with freshman releases. It succeeds due to its ambitions but the second step is far more important than the first — it’s not about how you start, but how you continue, and DICI made sure to give this idea plenty of thought when he set out to record his debut full-length album DOSES, out later this year, if this lead single is any indicator. There’s a breath of certainty and self-awareness contained within “Five Rings” that felt lacking previously; there’s no telling where the second wind has seemingly come from but with the pandemic wrapping up and the school year coming to a close, listeners might grow to assume that the youthful chapter of high school ending for DICI has instilled a sense of even grander independence within his workmanship.

The lyrical content of the single works in tandem with the instrumental, which in itself is notable within its composition and rhythm. The dual task of not only performing the hook on a song but the demanding, fast-paced verses that are rapped almost nonstop between the breathy choruses give “Five Rings” a noteworthy and elevated dynamic. The determination in every word lends itself to DICI’s charismatic approach, and the fact that the person behind such mature aspirations could only just barely be out of high school is a wild thing to consider but it’s a fact! DICI uses this untraditional approach to crafting music to his advantage, however, and can truly bring something one of a kind out of this uncommon, younger perspective.

The setup for a debut album within “Five Rings” feels monumental. Not only does the single satisfy as a definite step forward and then some from his self-titled EP, but it also functions as a resounding affirmation of his much-deserved place in the music industry, and DICI isn’t afraid to make his presence known. The mere idea that you’d be able to ignore his flashy, smart approach is almost unbelievable, but even so — give it some time, we haven’t seen anything yet.

Winter weather disrupts hundreds of flights across Texas
Mike Nasty Presents “Jazz Club NY” off of ‘Journey from Memphis’ EP
‘Pitch Perfect’ Star Skylar Astin’s Home Burglarized
Lit Hub Weekly: January 23-27, 2023
How ‘The Last of Us’ Episode 3 Became One of the Most Romantic TV Episodes of the Year