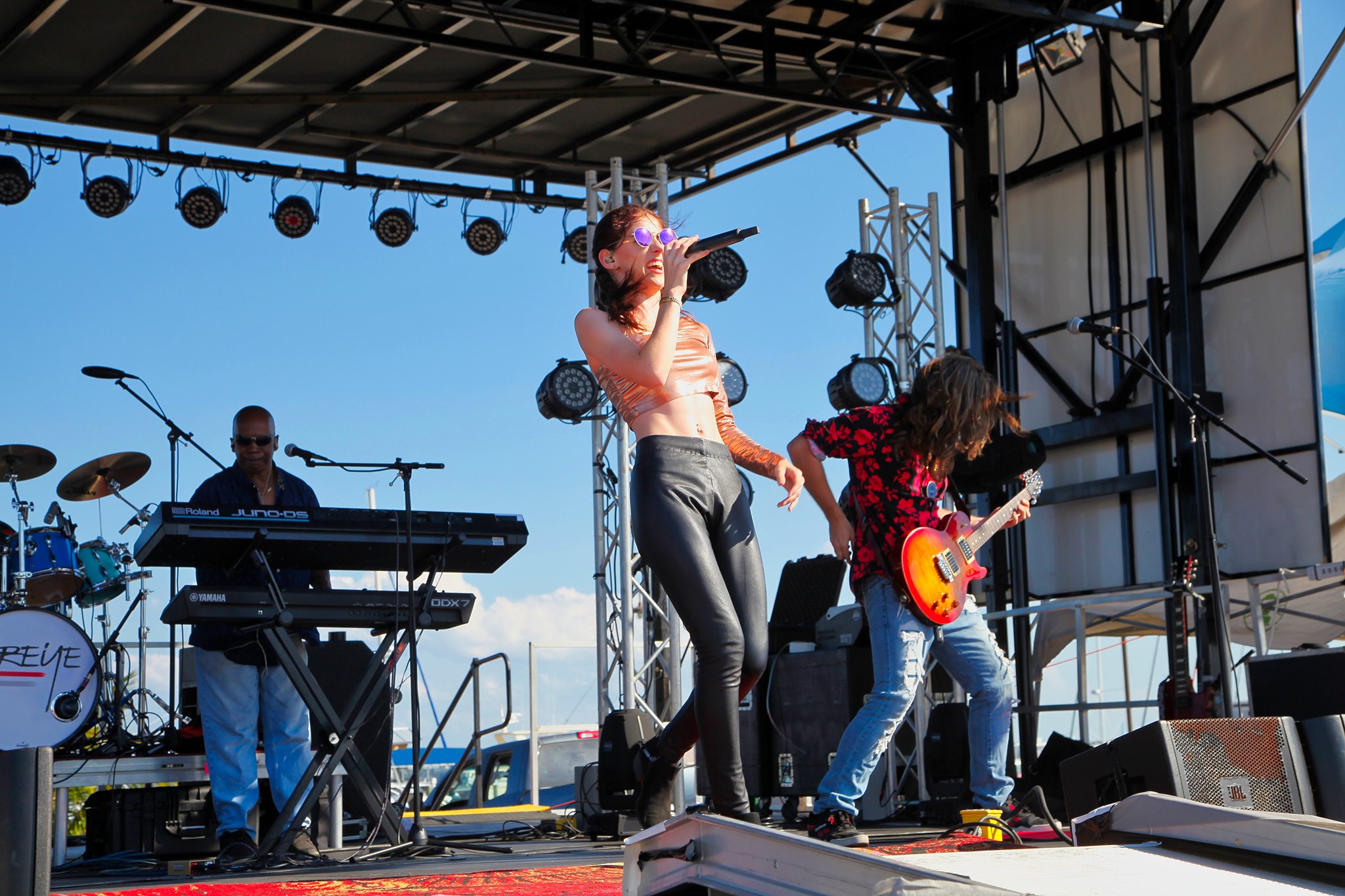 Thunderously groove-laden in one track and carefully layered as to channel the heavy metal gods in another, it’s obvious when listening to the new album So Far So Good from Greye that the noted Daytona Beach rock outfit has a lot of energy they’re looking to burn off this summer. Comprised of hard-hitting songs like “Lucky,” “Come and Get Me,” “Play God,” and “Growing Pains,” So Far So Good is an LP that lives and dies by the enthusiasm of its players, and thankfully it’s designed by artists who have an endless passion for making heavy music that isn’t entirely devoid of melodic ribbonry.

“Shoulda Coulda Woulda” delivers crunchy southern rock riffing where “Over My Head” takes a punky beat and ties it up with a blues-inspired harmony, but even when Greye are being a little experimental with the framework of their sound, there’s scarcely a moment in which they’re not being remarkably entertaining just by playing us the straightforward, frills-free material largely missing from the mainstream these days. This crew is blending the best of old school bar band aesthetics and modern rock volume to make a brutally addictive cocktail you can’t set down without taking a long sip in So Far So Good, and while I’ve gotten picker about this genre in recent years, it’s just too complete a record to ignore.

Muscularity is the key to “I Don’t Mind,” “Come and Get Me,” and the title track in the album, but I like that Greye aren’t exaggerating the bottom-end in any given song here just in the name of backing up the guitars with something equally potent. All of this content has a rather seamless flow, partly thanks to the construction of the tracklist, but mostly because of how even a spotlight the production style grants each performance in So Far So Good. Our singer’s vocal drives home the emotional subtext in songs like “Play God” and “Burn,” but she’s never made to carry the complete weight of the larger narrative in the album – which, ironically enough, is about the collective identity of this band as opposed to the story one player wants to assemble through lyrics or righteous riff work alone.

I haven’t been very impressed with the majority of the independently-produced rock music I’ve been reviewing in the year 2021, but if you’re looking for something consistently evocative and refreshing to hear in an age that has rewarded everything but blue-collar grooving, Greye’s So Far So Good is an album you need to listen to this summer. This band has the tightest execution I’ve heard from any group, regardless of genre, in a long time, and though their chemistry is one of the main attractions in this ten-song tracklist, their resolve and endurance in every performance here make the music rather impossible to put down once you’ve picked it up for the first time. I’m energized about the upcoming concert season, and if Greye make it to your neck of the woods this year, you really need to see them play this material live for yourself.