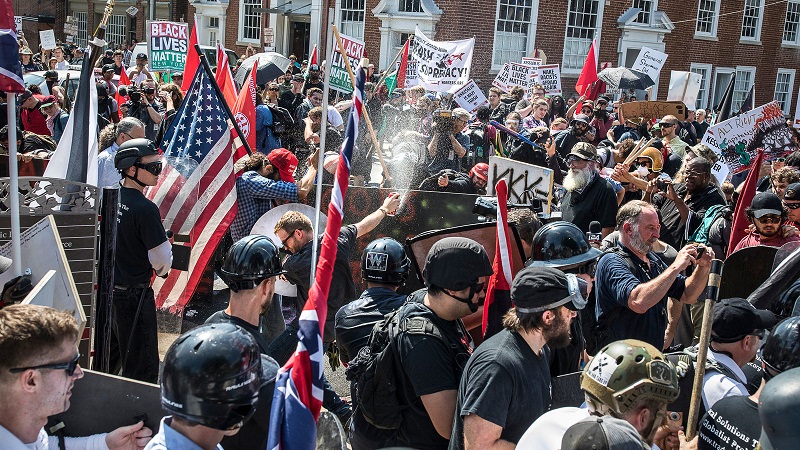 My earliest memories are of the apocalypse. As a child I would sit on my grandmother’s knee as she read scripture from the Holy Bible and bellowed end-times prophecy. Stories that revolved around fire, ash, blood, and tribulation, great clashes of angels and beasts and the armies of man, all of it culminating in the final battle between God and the Devil for the fate of the world.

This war dominated every aspect of life.

Our preachers spent more time on the Book of Revelation than on any other part of the gospel, pounding the pulpit as they prepared us for the blast of trumpets announcing Armageddon. Satan’s minions, they warned, stalked the Earth, some as murderous demons waiting to pounce on susceptible Christians straying from the flock. Others donned disguises. They were our friends at school. They infiltrated our families, communities, culture, and government.

Grandma took the preachers at their word. On Sunday mornings in the 1980s she grabbed the remote control and switched between the apocalyptic televangelists she loved and the news, where scenes from what she believed was prophecy unfolding played out. The center of evil in the world, she had been assured, rested in Moscow.

In her search for clues, Grandma cross-referenced the New World Order idea with the Book of Revelation and believed she had found her answers.

Like many others, Grandma had faith the United States was God’s champion in that war. She had played her part in the 1940s by rolling working in the factories while men like my grandfather fought fascism thousands of miles away. Good had prevailed and would prevail again, thanks to the hard work and sacrifice of people like our family, who gifted their bodies and fates to the fight.

Grandma talked about how someday the meek would inherit the Earth, reasoning, with pride, “The world needs ditch diggers.”

In school, it was more of the same. American history was laundered, and teachers would remind us how lucky we were to be born Christians in the Lord’s chosen nation. My town and my family served as proof positive that God was working through the United States. And then, as the new decade arrived, and as the Evil Empire fell, our people were laid off, our factories closed. It was as if God had suddenly cast his judgment and found us lacking.

As things changed, Grandma was frantic to find something in the printed word that gave her direction and knowledge, and as conditions declined, new books appeared detailing the New World Order that explained how God’s chosen nation had been betrayed by its own in service of Satan’s evil plans. Grandma devoured these books before foisting them upon everyone around her.

In her search for clues, Grandma cross-referenced the New World Order idea with the Book of Revelation and believed she had found her answers. We were living in the end-times, and surely the evil spirits in the Devil’s employ had managed to find some wayward sinners in the United States to do his bidding. The plan was to destroy the Kingdom of God from the inside out, leaving it vulnerable to attacks and domination, all of it culminating in a one-world government lorded over by the Antichrist himself. A literal hell on Earth.

She died still believing this conspiracy theory. She needed a story to make sense of why she had suffered so terribly in the Great Depression, why she had lost friends and family in wars, and why the heavenly kingdom promised to her had failed to materialize.

As a child, I lived and breathed this poisoned reality. Through the mythology, I crafted for myself a complicated narrative of how the world worked, creating a story in which I was a warrior in a much larger war. It served a purpose but was exhausting and maddening.

When I would reach my limit or find a snag in the rationality, I asked questions. The mythology was fine, but there were always things that needed clearing up. Contradictions. Limitations. And when the people answering my questions attempted to explain why the world functioned as it did, the best they could often offer was, “Because that’s the way that it is.”

Ensuring a better future depends on dismantling these lies and finding something that even approaches the truth.

Much of life revolves around this concept. The stories we tell attempt to save order from chaos, most often allowing us to rationalize our own decisions and fates within the larger framework.

The story of my grandma and my people is tragically common. We live in a moment lousy with conspiracy theories and misinformation because the stories we have been told are losing their gravity and require updates and new explanations.

Over the past few years, I’ve watched family members and my community be radicalized in ways that mirrored what happened with my grandma, but with insidiously modern twists.

In 2015, I first realized that this affliction that troubled my family had become a pressing, existential threat. While covering the presidential campaign and reporting from rallies, it became obvious to me that something sinister was brewing among the developing MAGA movement. My conversations in the crowds at Donald Trump’s rallies were almost exclusively about the conspiracies and evil plots my family held as sacrosanct. The rallygoers were convinced that the betrayal was real and that it was high time somebody did something about it.

In August of 2017, following Trump’s election, at the Unite the Right rally in Charlottesville, Virginia, scenes of white nationalists marching with torches and chanting anti-Semitic, fascistic phrases gave way to bloodshed.

As this radical Right made itself known, its leaders and figureheads continually referenced a battle over history. Progressive voices calling for a reckoning with that history were framed as enemies hell-bent on ruining everything, dead set on destroying America with the help of shadowy elements within and outside the country.

Ensuring a better future depends on dismantling these lies and finding something that even approaches the truth. To understand fully what we face, must work our way through time and reconstruct how these systems and meanings we inherited came to pass, separate truth from propaganda, and grasp for ourselves how all of this was set into motion. 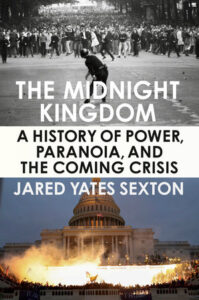 Excerpt adapted from The Midnight Kingdom: A History of Power, Paranoia, and the Coming Crisis by Jared Yates Sexton. Copyright © 2023. Available now via Dutton.

Linkin Park Singles, Ranked
Skrillex teams up with Nai Barghouti for fifth single of the year, “Xena”
Your EDM Premiere: The Archer Drops Fresh, ‘Plastic’ Tech Remix
I’m Sorry, But the Peplum Is Back
How the Creator of “My Year of Dicks” Is Manifesting an Oscars Moment for Channing Tatum