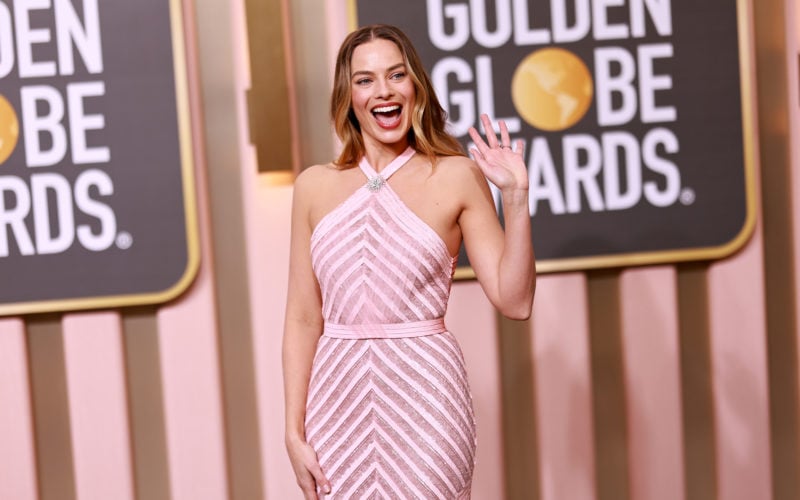 Here are the most show-stopping looks.

After a one-year hiatus, the Golden Globes were back in full swing on January 10. The who’s who of Hollywood gathered in Beverly Hills for the 80th edition of the Golden Globe awards and with a nominee list stacked with names like Margot Robbie, Anya Taylor-Joy and Michelle Yeoh, the Golden Globes 2023 red carpet did not disappoint.

For its return to prime time television — and its first full red carpet and ceremony after years of socially distanced, scaled back events due to the pandemic — stars like fashion darling Billy Porter and seasoned award season pro Viola Davis really brought the magic. But despite its Hollywood star power, and the full-scale glamour on the red carpet, the 2023 Golden Globes weren’t without controversy.

ICYMI, the Golden Globes took a year off from airing a televised award ceremony amid a brewing scandal about finances, ethics and diversity within its organizers, the Hollywood Foreign Press Association (HFPA). NBC reportedly refused to air the awards, saying that the HFPA needed time to make “meaningful reform,” according to the New York Times. This came on the heels of 2021 investigation into the finances and ethics of the HFPA by the Los Angeles Times revealing that the HFPA, which was comprised of 87 people at the time, had no Black members. In addition to the association’s obvious lack of diversity, the report detailed questionable practices like wooing voters with lavish perks. Netflix’s love-to-hate-it comedy Emily in Paris, which despite its mainstream popularity had been largely panned by critics, notoriously snagged two nominations after dozens of association members flew to Paris to visit its set and were put up by the Paramount Network at a five-star hotel. Mon dieu.

It’s unclear to what degree the HFPA has rehabilitated its reputation, or what concrete steps its taken to remedy its ethical and diversity-related missteps, but one thing that was not scandalous was the fashion joy from tonight’s red carpet (unless you count Lily James and Jenna Ortega‘s saucy cut-out dresses, of course).

Click through below for the most *chef’s kiss* celebrity looks from the Golden Globes 2023 red carpet.

Attention: a new Jesmyn Ward novel is coming this fall.
Groundhog Day Is Still a Joy to Rewatch 30 Years Later
Shelf Talkers: What the Booksellers Are Reading at Left Bank Books
Bill Maher Confesses He Flies Private, Calls Out Celebrity Hypocrisy
A Summary and Analysis of Shel Silverstein’s ‘Where the Sidewalk Ends’