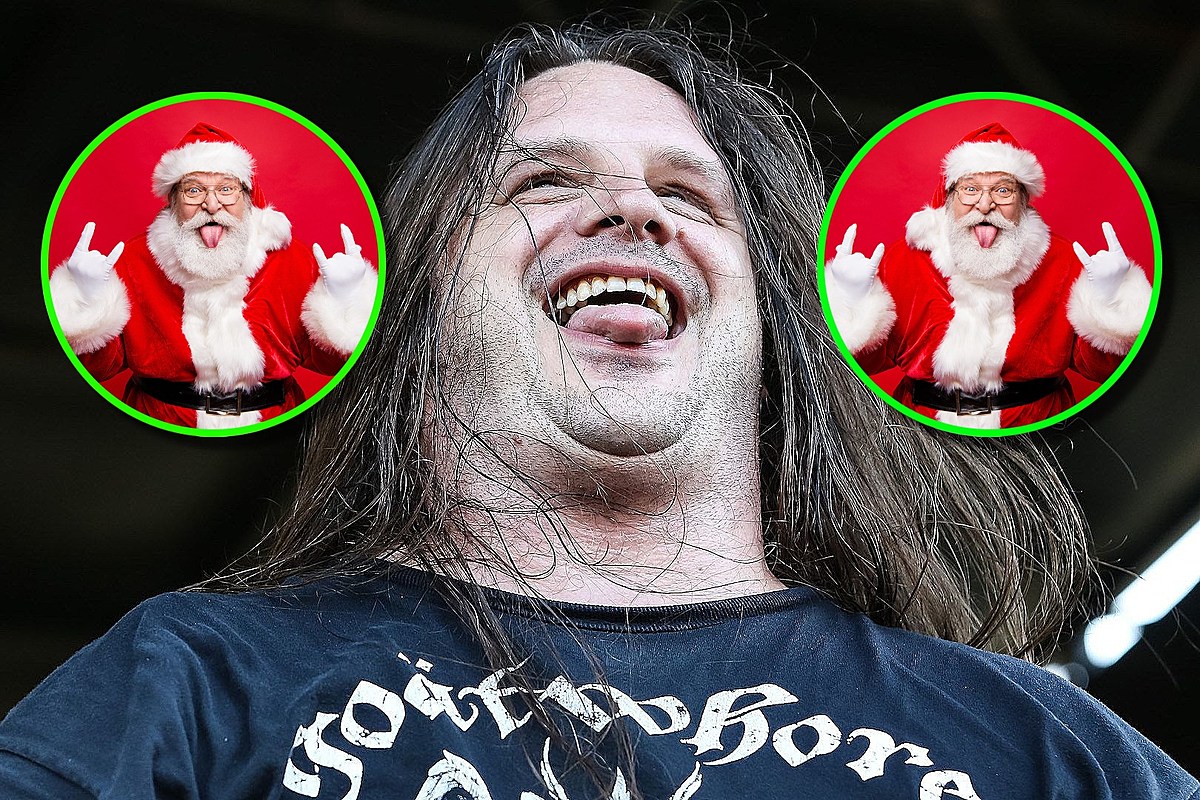 In contrast to his demonic professional demeanor, Cannibal Corpse frontman George “Corpsegrinder” Fisher is actually among the nicest and humblest metal musicians around. Case in point: his recent claw machine toy donations and lovable photos with “the best Mall Santa ever!!!”

This past Monday (Dec. 19), the vicious vocalist took to Instagram to post several pictures of himself gleefully posing with jolly old St. Nick. His caption reads: “Merry Christmas ya filthy animals!!! @truebelieveraz and yours truly with the best Mall Santa ever!!!”

Of course, that’s not the only Christmas-related thing Corpsegrinder has done lately.

The following day (Tuesday, Dec. 20), he shared two pictures of himself collecting more stuffed animals (from a claw machine within a Tampa, Fla. Walmart) for donations. Alongside them, he rejoiced: “The last two trips to my local @walmart with @stacy.alourdasfisher have been very productive! More stuffed animals for donations!!! Happy Holidays!!!”

For that one, he wrote: “Christmas got here early on the @cannibalcorpseofficial tour bus! My man @truebelieveraz myself and Santa teamed up and bought gifts for everyone on the bus!!! @stacy.alourdasfisher made the stockings! I can’t wait for everyone to open their gifts after the show tonight here in Indianapolis!!!”

Obviously, his holiday cheer hasn’t gone unnoticed by his Instagram followers, many of whom have replied with equally lively praise. In response to the Santa pictures, for instance, one fan commented:

This just sums up everything there is to love about George. Saw CC less than a month ago at the showbox in Seattle. And guess what, there is a TARGET right next door. We were waiting in line and saw the big guy himself walk by the crowd and go into the store. The surprise a totally unsuspecting female fan by tapping her on the shoulder as he was walking by. You’d of though she had just seen Elvis by her reaction. Makes you happy to be a fan.

As for the photos of him holding stuffed animals, someone responded: “Protect this man at all costs.” Immediately below that comment, someone else joked, “Sometimes I forget this man sings for a death metal band.”

In a 2021 chat with Metal Hammer, Corpsegrinder revealed his affection for claw machines and charities for kids:

It could be anything in there – it could be a cartoon character that I don’t like – and I’ll get ’em anyway. . . . I save up quarters, and when I win we gonna donate them for kids for Christmastime or whatever. We played somewhere in Michigan once, and the club we were playing had a sign saying, “On such and such a date, we’re doing a toy drive.”

So I found out who was in charge of the club and said, “So you’re in charge of this toy drive? I got a whole bunch of stuffed animals I won on this tour, I’ll give ’em to you.”  And they’re, like, “Don’t you want to give them to your kids?” If there’s any they might want, I put them in a separate bag, but they have enough stuffed animals anyway.

Here’s hoping Corpsegrinder continues these Christmas traditions for many years to come.

You can view all of his aforementioned posts below:

25 Holiday Gifts for the Rock + Metal Fan in Your Life