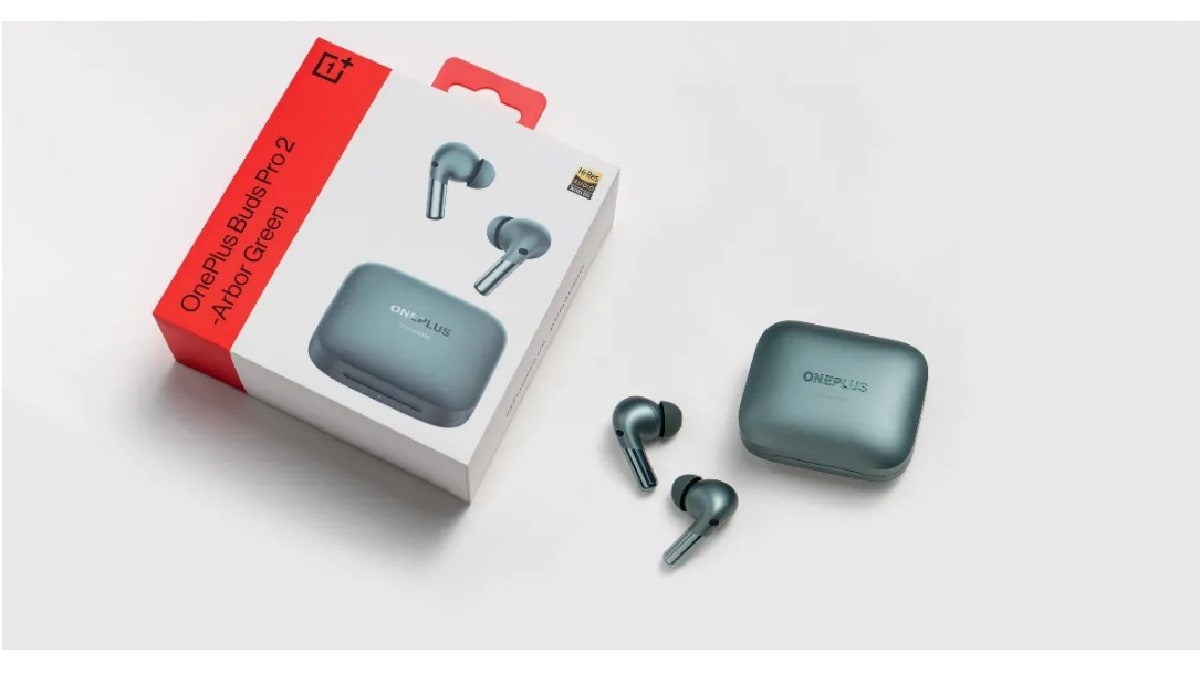 The company shared the design of the upcoming OnePlus Buds Pro 2 on the Chinese social media platform Weibo. The image shared by the company reveals that the earbuds will carry a similar design as the Buds Pro that was launched last year. However, it is tipped to get new colours and one of them is confirmed to be Arbor Green.

As per the teaser revealed by the company, the earbuds appear to come with the same semi-in-ear design as its successor. The earbuds will have a dual-tone design as the top half will sport a frosted matte finish, and the bottom half appears to have a glossy texture. Additionally, the earbuds are expected to also come with silicone rubber tips. The pictures show a cutout on the outside, which is speculated to be one of the microphones for noise cancellation.

The OnePlus Buds Pro 2 will come in a pebble-shaped charging case with the OnePlus branding on it. While the company has not shared any further details on the specifications and the features, it has collaborated with Danish loudspeaker manufacturer Dynaudio for audio tuning on the earbuds.

OnePlus Buds Pro 2 is said to come with features like advanced Bluetooth codec support for LHDC 4.0 codec, improved active noise cancellation, better battery life, and a dual-driver setup. The device is also said to pack 11mm and 6mm dual drivers and three microphones. It is likely to offer up to six hours of battery life with the ANC enabled and without ANC, it will offer up to nine hours. As mentioned earlier, the earbuds will launch alongside the OnePlus 11 on February 7 next year.

Affiliate links may be automatically generated – see our ethics statement for details.

Featured video of the day

Instagram Security Checkup Feature: Here Is All You Need to Know