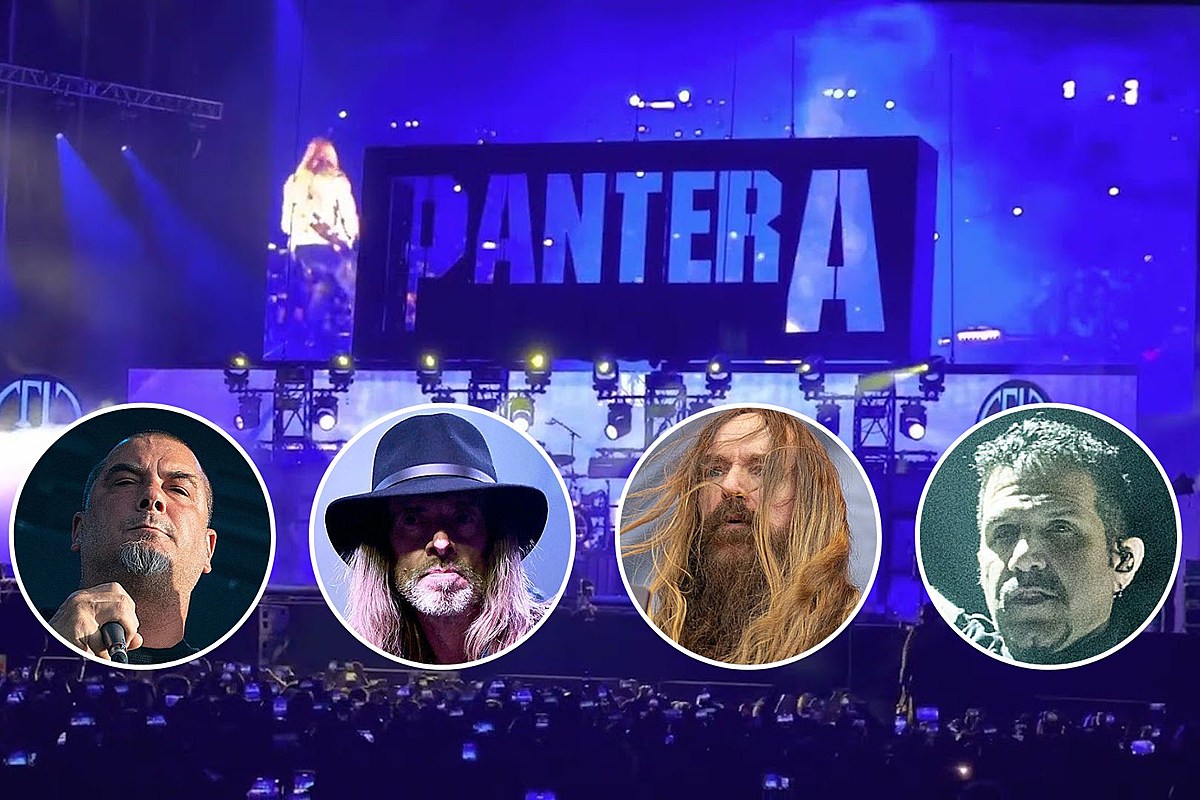 The set leaned heavily on the Vulgar Display of Power and Far Beyond Driven albums with Cowboys From Hell, The Great Southern Trendkill and Reinventing the Steel also represented. The only Anselmo album the band did not play anything off of was his debut with the group, 1988’s Power Metal, which is not unexpected.

Fans who couldn’t attend the gig in person can revel in the setlist and accompanying fan-captured footage from Friday night. The Pantera celebration continues with many more tour dates that will take the reformed group through 2024. That includes gigs with Metallica and Judas Priest.

See the Pantera set near the bottom of this post and see reactions from fans here.

When news first arrived in July that Pantera would tour again with a reformulated lineup, rock and metal fans responded. The following month, word emerged that the shows would start this year. Pantera then released a teaser video honoring the Abbott brothers. Another teaser came out on Nov. 26.

On Nov. 30, the Vinnie Paul Estate released a statement that said, “There can never be a Pantera reunion without Vinnie and Dime. However, there is no better way to celebrate and honor Vinnie and Dime’s legacy, than to bring the music of Pantera directly to the fans. We are honored that Charlie and Zakk, their very close friends and musical brothers, will share the stage with Philip and Rex.”

Vinnie, later of Hellyeah, died in 2018. Dime was killed onstage in 2004 during a show by his and Vinnie’s post-Pantera act, Damageplan. Their joint gravesite is in the brothers’ home state of Texas. Pantera’s last studio album was Reinventing the Steel (2000).

For tickets to Pantera’s shows opening for Metallica, head here (check listings carefully — Pantera do not open each date with Metallica).

* With Judas Priest
^ With Metallica

In a year with thousands of new albums, here’s the very best, presented in chronological order of release.