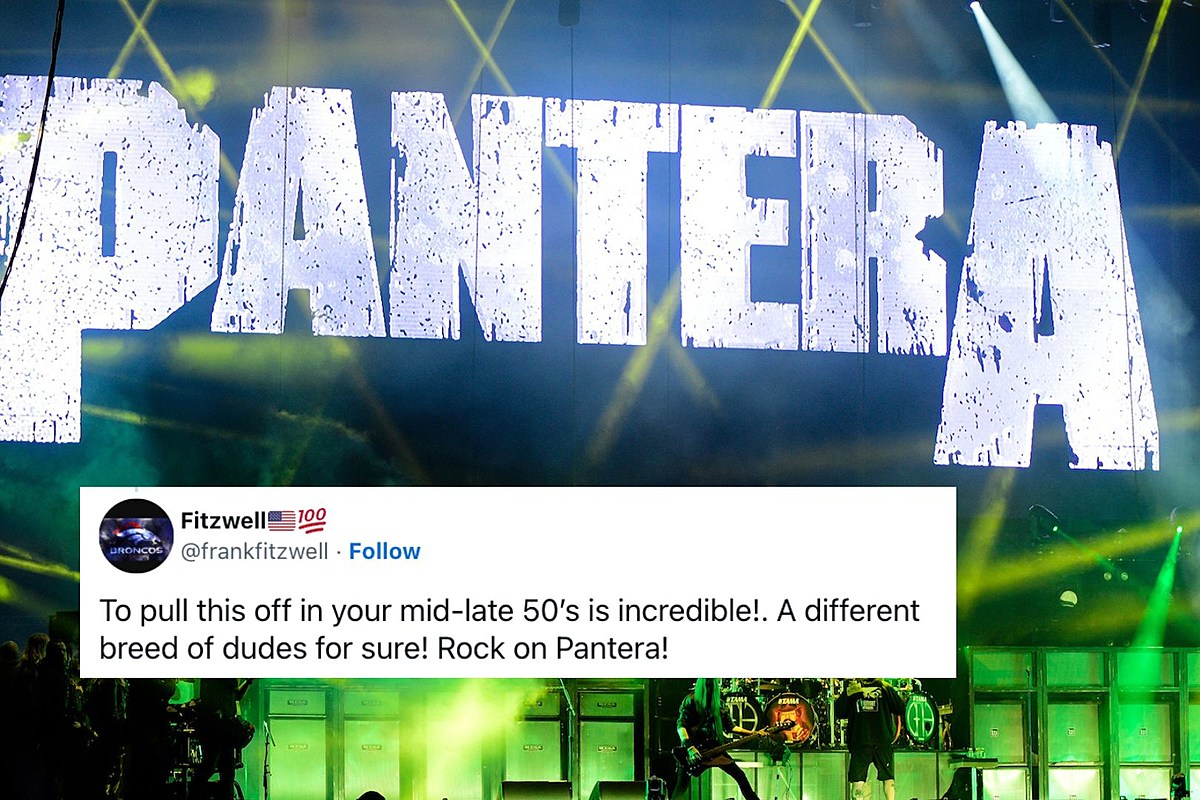 Now that Pantera have played their first live show with Zakk Wylde and Charlie Benante stepping in for the late Dimebag Darrell and Vinnie Paul, fans have begun to react to the performance and how everything sounds with the revamped tribute lineup also featuring classic members Philip Anselmo and Rex Brown.

The 15-song set at the Hell & Heaven Metal Fest in Mexico marked the first Pantera gig since Aug. 26, 2001 as the group prepares to play a lot more over the next year and more, bringing the musical legacy to fans around the world.

For countless fans, it will be their first opportunity to experience Pantera’s music live and, in the days before the comeback show, the Vinnie Paul estate issued a statement expressing they are “honored” to see Wylde and Benante (who were close friends of Vinnie and Dime) as the ones who will help Anselmo and Brown brings the sound of one of metal’s biggest bands to those fans.

Overall, the reaction has been quite favorable and some fans are surprised at just how great Pantera sounded at the first show back. And it’s only the first show, meaning it can only get better from here as the members spend more time on the road and get in the groove!

“Phil sounds much better than I expected!! Charlie is spot fucking on with the drums,” said one fan on Twitter, “and Zak [sic] sounds great…but he definitely doesn’t sound exactly like Dime…it just shows you how amazing Dime was!! Nobody can duplicate his tone!!”

Watch fan-shot video from the Dec. 2 show directly below and decide for yourself, then look further down the page to see what fans are saying about Pantera’s Hell & Heaven Metal Fest performance.

Beneath the reactions you will also find all of Pantera’s upcoming tour dates and pro-shot photos from the night.

For tickets to Pantera’s shows opening for Metallica, head here (check listings carefully — Pantera do not open each date with Metallica).

* With Judas Priest
^ With Metallica