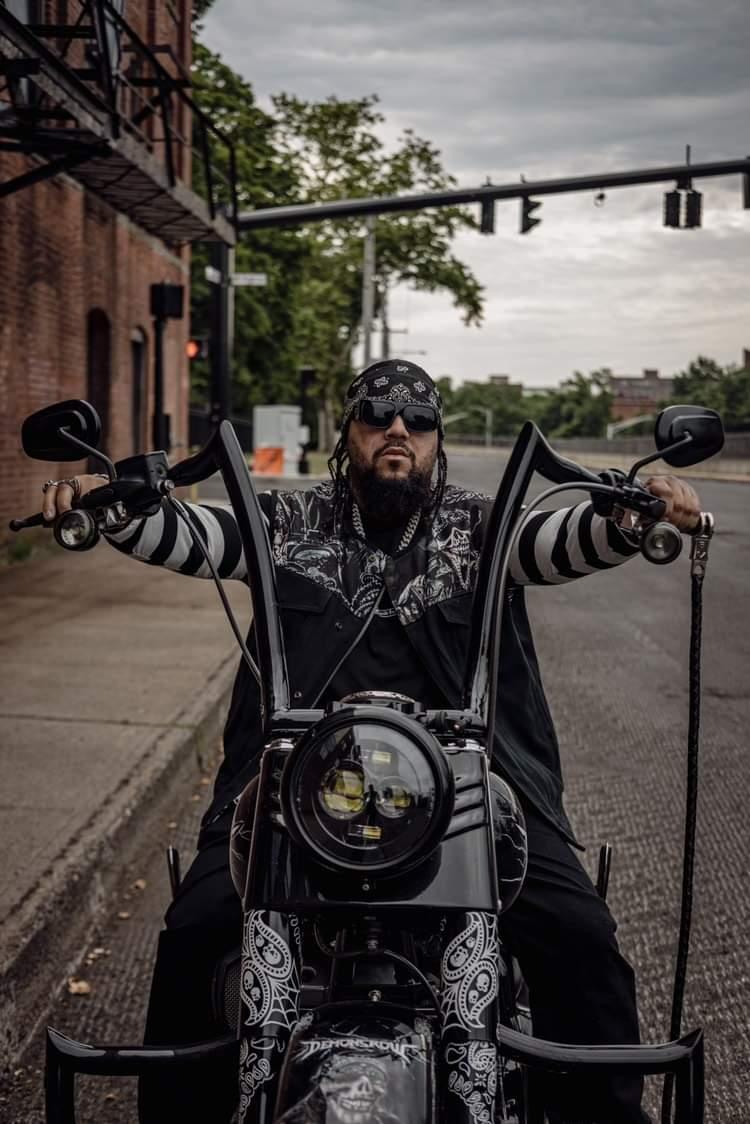 Demons Row Podcast, hosted and owned by Sose The Ghost, has over 167k subscribers and has been growing fast since it started in 2018. Sose was formerly of the Thug Riders MC and a former member of the Grape Street Crips. Sose brings you inside content to show real-life motorcycle club culture.

Jason Momoa (Redrum Motorcycle Club)  and Sose The Ghost sat down and speak about Motorcycle club, the community, brotherhood, and oneness that come from the motorcycle culture and raise awareness to so many incredible topics and issues at hand.

Jason talks to Sose about how he started riding at a young age, Born in Hawaii and growing up in Iowa.  He was fascinated and hooked on riding. When Jason got his first job as an actor on Baywatch he took his first check and bought himself a 56 Panhead and named it Maybel after his Grandma. That is also the bike he rode in the movie “Road to Paloma.”

Demons Row Podcast airs every Mon, Weds, and Fri on YouTube and brings in the celebs, influencers and more!

Check out Sose the Ghost and Jason Momoa interview here:

About Sose The Ghost

Sose The Ghost has made Demons Row Into a full-time career with his insightful commentary on the world of outlaw motorcycle culture. Sose The Ghost was raised in the Bronx, with his father in and out of prison for most of his life. He turned to the streets, surviving bullet wounds and serving time himself. In the process, his daughter was taken by the system. After returning home and taking custody of her, he joined a 1%er Outlaw Motorcycle Club. He now teaches young people how to stay out of trouble with his show Demons Row TV–The Holy Grail of MC Culture.

He works with outlaw motorcycle clubs, including the Mongols, Pagans, and Vagos, to show their positive sides and to talk about the lifestyle in a way no one has before. He got started talking in a parking lot about his life as an outlaw, and people really enjoyed it. Hulk Hogan inspired him to ride Harleys. Sose’s favorite part about owning Demons Row is being able to share his passion for motorcycles with other bikers around the world through his YouTube channel.

Keep up with the latest from Demons Row Podcast and Sose The Ghost at the following: