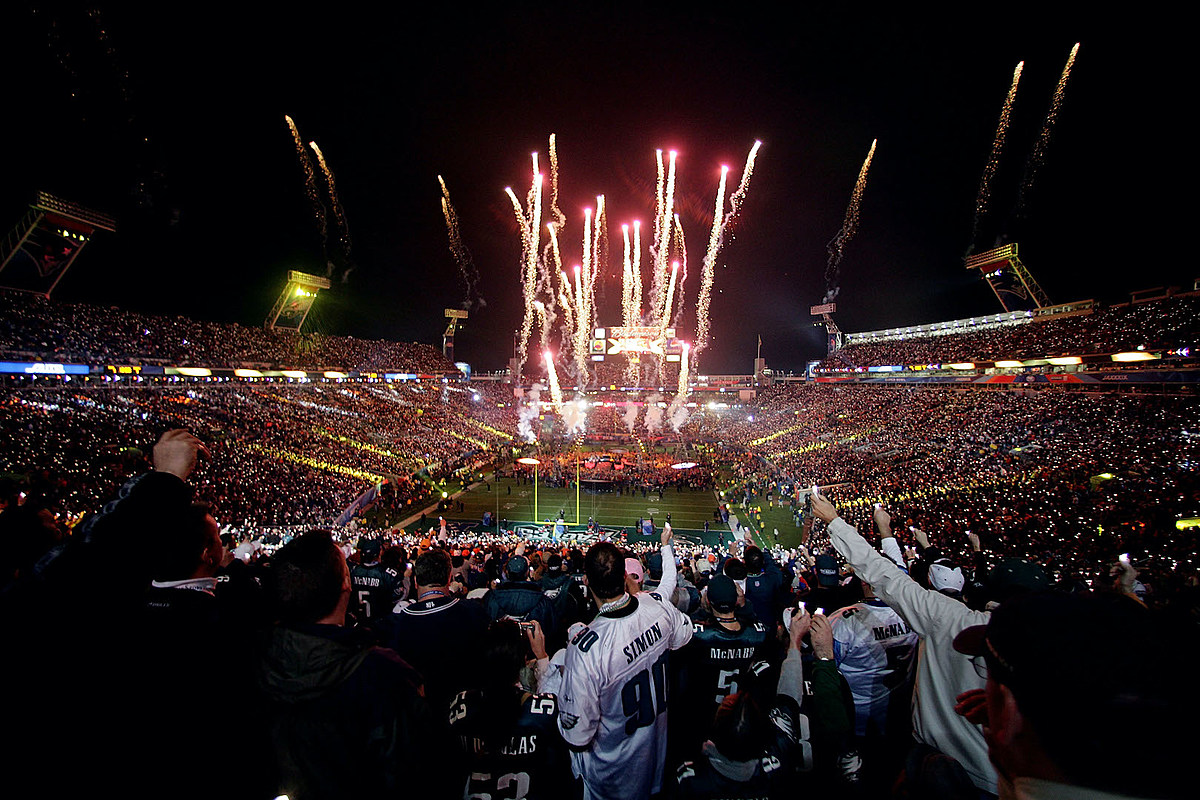 Rock and metal listeners on Twitter are reacting en masse to the NFL’s pick of pop star Rihanna as the headlining performer at the upcoming Super Bowl LVII halftime show.

Naturally, fans of guitar-based music are wondering why it was again overlooked for the big game next year.

“The NFL: plays rock/metal songs when players run out on field, when they show highlights of games, when games start, on commercials involving the NFL,” one Twitter user posted. “Also the NFL: selects an artist who’s entire career is based off writing breakup songs to perform at the superbowl”

Another responded, “All you hear in most NFL stadiums during games is hard rock/heavy metal….yet when it comes to the Super Bowl bands like Metallica don’t even get a sniff. Why is that?”

But not everyone feels that way. Some commenters have even clapped back at those yearning for rock and metal at the show, which was billed as the Pepsi Super Bowl Halftime Show for the last decade. No rock or metal artist has played a halftime show in the 2020s.

“‘Why don’t they have [dusty white rock band] at the Super Bowl?'” yet another tweeter remarked. “‘They’re my favourite and I watch every game’ is SO close to understanding why they need to bring in different acts.”

A different commenter quipped, “In before all the old guys complain why rock/metal bands don’t play the super bowl lol.”

Last week, TMZ reported that pop star Taylor Swift turned down the 2023 show. Rihanna previously passed on it in 2019, according to the Los Angeles Times.

Best Rock Album Grammy – Who Won and Who Should’ve Won

What’s your take on the past winners?