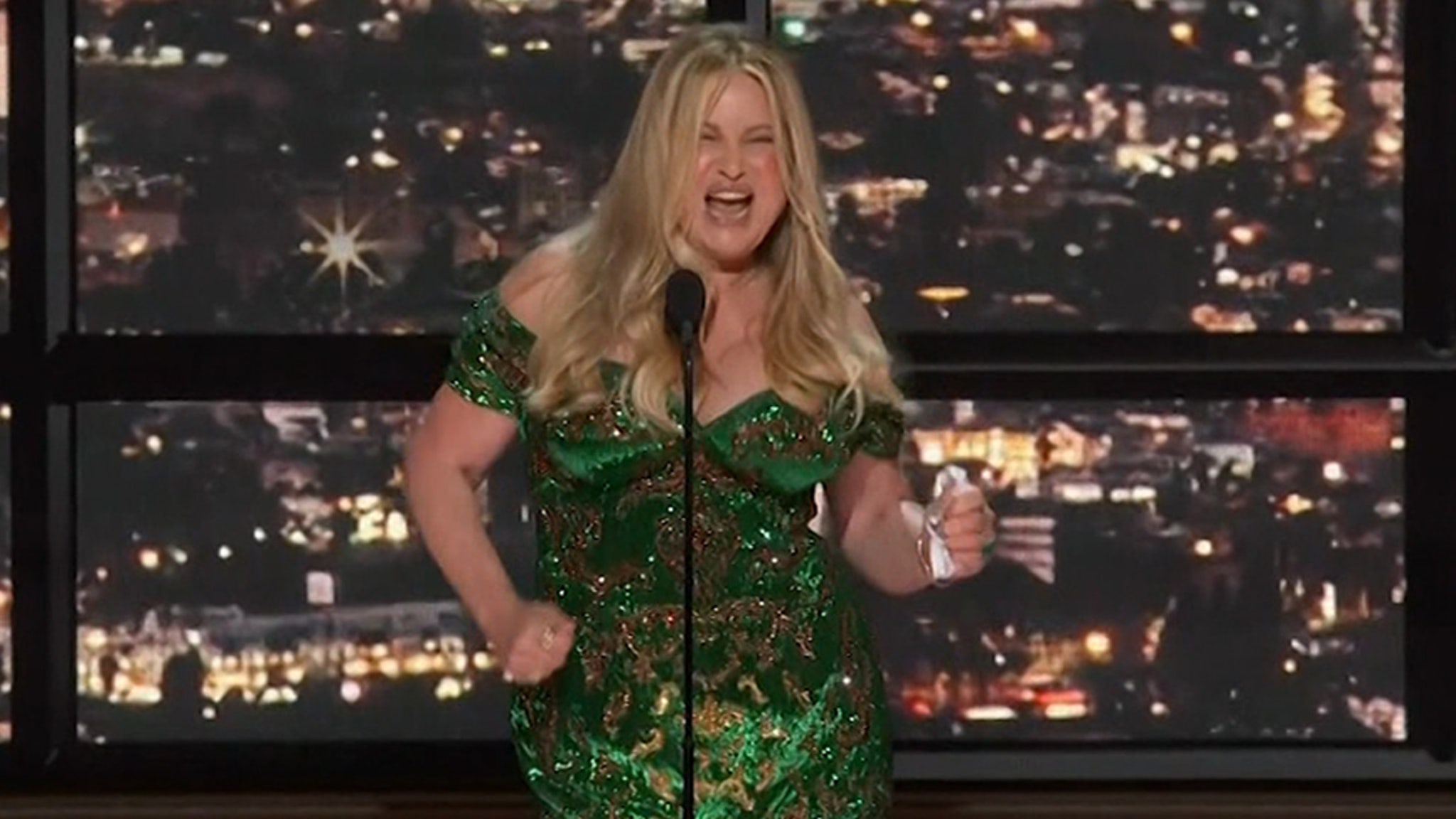 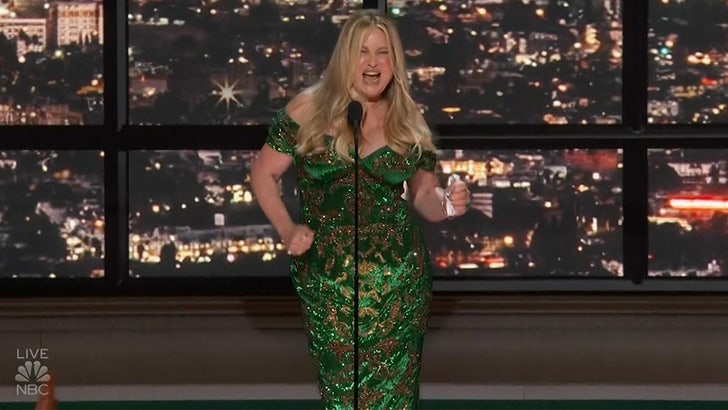 Jennifer Coolidge punked the Emmys in spectacular fashion Monday night … when she defied the orchestra that was trying to get her off the stage and turned the whole thing into a dance party!!!

Jennifer won the richly-deserved award for Outstanding Supporting Actress in a Limited Series and at first, seemed a little flummoxed … she says she swelled up after taking a lavender bath … so much so she barely got into her Emmy getup and had trouble speaking.

She was hysterical … seemingly rattled as she ticked off the people she wanted to thank.

Then, the dreaded orchestra started to play her off, but Jen wasn’t having it. She made it clear this could be a “once-in-a-lifetime” moment and wasn’t about to go quietly.

The band then pivoted to more lively music, and rather than taking the hint, she busted a move that sent the audience into an uproar of laughter. It was Ferris-Bueller-like as other celebs in their seats started to feel the beat in solidarity!

Definitely a high point of the evening.