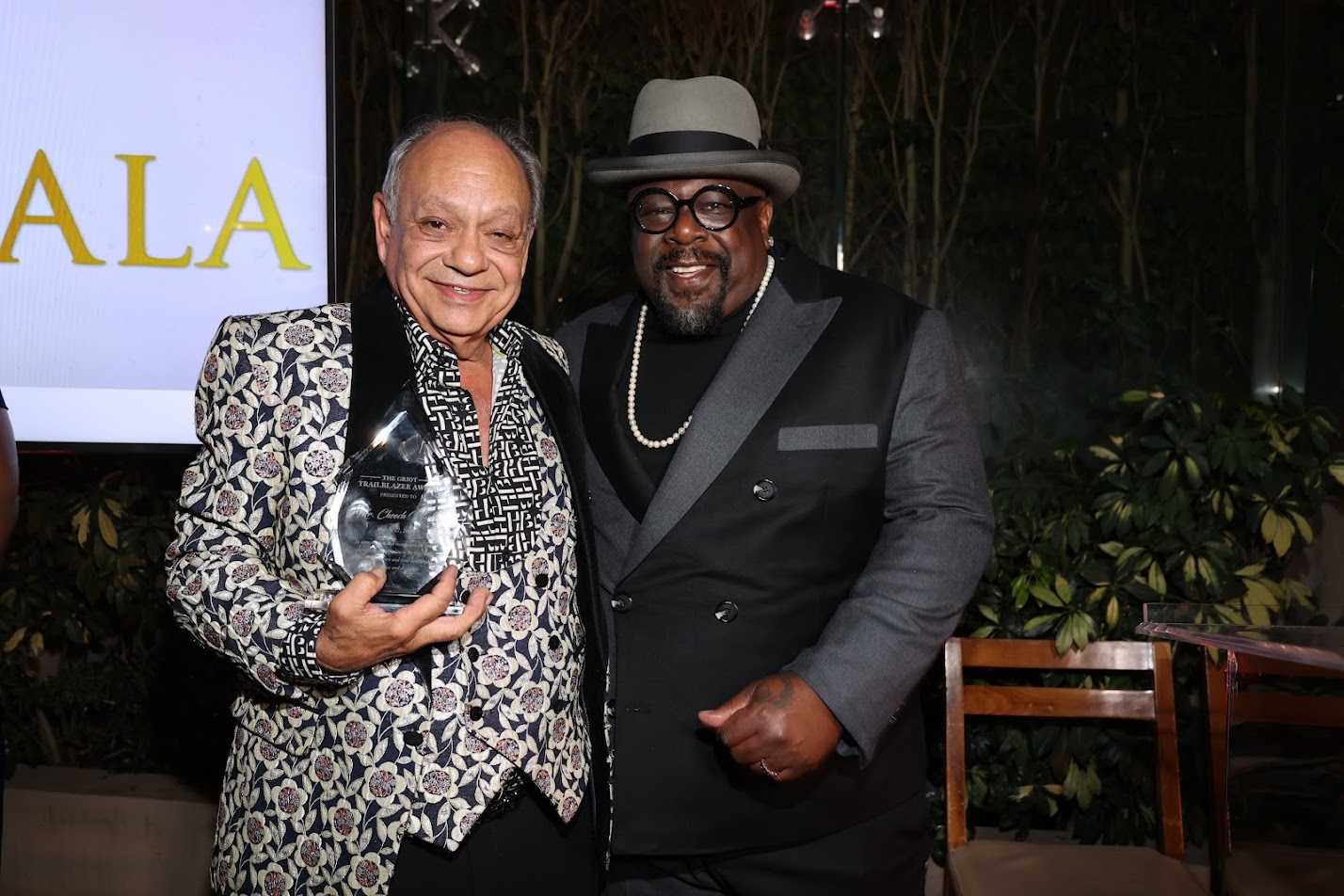 The 4th Annual Griot Gala Oscars After Party 2022, brought to you by Beam Suntory/Courvoisier,® Toasts to Diversity & Inclusion in Film + Entertainment

Hosted by Cedric the Entertainer and brought to you by Beam Suntory/Courvoisier®, the GRIOT Gala transported VIP guests into a Parisian splendor with the ambiance of Moulin Rouge, by way of its luxurious indoor/outdoor atmosphere, designed & produced by Dwight Eubanks & Annette BibbyOliver/Dreamhouse MBG. The GRIOT Gala honored the extraordinary accomplishments of the award-winning stage, television, and film actress Phylicia Rashad, revered for her portrayal of Claire Huxtable on the Cosby Show, Cheech & Chong’s Cheech Marin, and the Have & Have Nots Reneé Lawless — all industry greats who represent diversity and inclusion and who authentically contribute to the world becoming ONE. Each honoree was presented with a prestigious award to commemorate their exceptional career in the entertainment industry!

LOS ANGELES, CALIFORNIA – MAR 27: seen at Courvoisier’s 4TH Annual Griot Gala Oscars After Party Hosted by Cedric The Entertainer on Sunday, March 27, 2022 at BOA Steakhouse in West Hollywood, California. (Photo by Arnold Turner/Eclipse Content)
Post Academy awards ceremony, guests danced the night away to live entertainment and celebrity DJ sounds after walking an incredible tiered custom designed purple carpet, while sipping on Beam Suntory/Courvoisier®’s signature libations! Tastemaker palates appreciated BOA’s tray-passed aperitifs, delectable hors d’oeuvres, and tantalizing food stations! VIP rooms had different experiences for guests to be gifted and pampered throughout the venue including Kush Kings, Courvoisier private tastings, to french memes serving custom cocktails from a designed french bistro next to a constructed Eiffel Tower. Griot Gala is an Annual Oscar sought after and coveted event that never disappoints. Special thanks go out to all the talent that attended and supported: