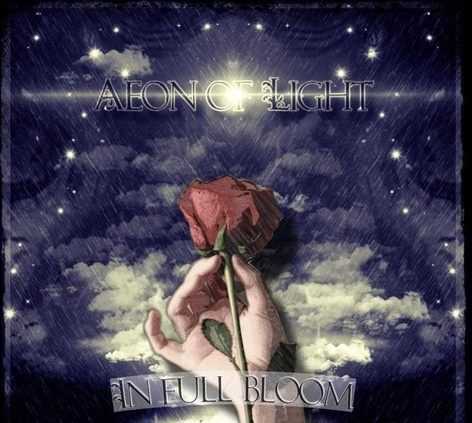 A new single has just been released by King’s Rest Records from a most unusual duo—American scientific thinker Howard Bloom and British illustrator and graphic artist Hugh Mann.  And it’s a most unusual piece of music. It grabs you by the throat and won’t let go.  The title of the composition is “Aeon of Light: In Full Bloom.”

Britain’s Channel 4 TV calls Howard Bloom the Newton, Darwin, Einstein and Freud of the 21st century. Gear Magazine calls Bloom “the philosopher at the end of the universe” and says he “may just be the next Stephen Hawking.”

But Bloom mounted a scientific expedition into popular culture in the 1970s and 1980s and helped build or sustain the careers of icons like Michael Jackson, Prince, Bob Marley, Bette Midler, Billy Joel, Simon & Garfunkel, Joan Jett, Run DMC. and Billy Idol.  He was, he says, on a hunt for the gods inside of you and me.

How did a piece of Bloom-music come to be?  In 2000, Bloom was the subject of a half-hour TV show on England’s Channel 4.  The ratings soared for the show’s timeslot, and one viewer called the episode a whole new form of television, “televisual narcotics for the soul.”

Hugh Mann was an artist living in the UK who was creating his own fantasy world, a world in which he lived on Planet Frog.  Hugh saw the Channel 4 TV show and, he says, “Something in the passion of Howard’s voice and the unreserved language he used set me to work, mixing his riveting preaching into a piece I was working on at the time.”

“Back then, I was using a combination of outboard synthesizers, and sequencing on Cubase software on a PC.  I wrote the cycling notes at the beginning of the piece, then I wrote the Dr. Who Theremin motif. Both contained a kind of transcendental optimism.  Then I added Bloom’s voice.  The result engaged both your mind and your emotions with a blistering intensity.  And that intensity was lifted by the rising optimism that underpinned the musical structure.”

When Bloom feels something is vital to your life and mine, he uses F Bombs. And those forbidden words work your passions.  Says Mann, “Including f__ks in his dialogue kept the piece from sounding too saccharine and fluffy, and gave the work grit.  It arouses you in a way that music has seldom accomplished before.”

The album art for this release incorporates a combination of three pictures taken by Howard Bloom himself. Bloom’s photography has been shown at Art Basel, the most competitive art festival in North America.

Theodore Stai, the head of King’s Rest Records and a gifted artist, created the image himself, making Bloom’s pictures unrecognizable by fading, blending, and compositing them.  Then he added a picture of a rose by photographer Meghan Schiereck.

Stai also oversaw the audio mastering for the track.  He says that he was originally going for a sort of Victorian-Era vibe with the cover and wanted to design the text of the song’s title and subtitle in a way that would be straightforward, but meaningful.

In addition to graphic design and running a record label, Mr. Stai has a wide range of gifts, from operating a studio, playing the piano on his own solo albums, and producing and engineering music, to pharmaceutical chemistry and marketing analysis.

Aeon of Light: In Full Bloom drives home the influence of Howard Bloom across the spectrum of the arts and sciences and his unprecedented way of inspiring appreciation of our role in this cosmos.  It underscores the reason that the Howard Bloom Institute exists.

For contact and to keep up with Hugh Mann’s artistic journey, you can visit him at:

To hear Aeon of Light: In Full Bloom: https://open.spotify.com/track/5Jd1ec0R3Kk1GD2ShMcsVW