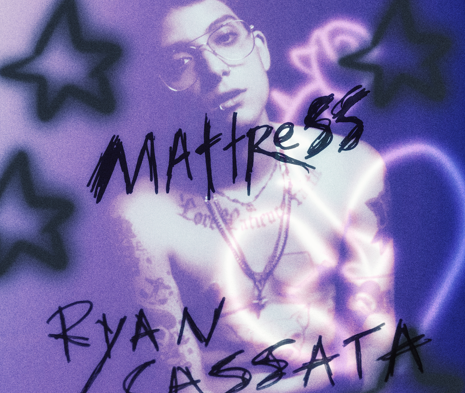 One of the songs that I’m most excited about these days is called “Mattress” by rising superstar Ryan Cassata. It’s his fourth single from this up-and-coming album “Magic Miracle Mile” set to release October 22, 2021. This will be Ryan’s first self-produced and self-recorded album and was magically recorded in the district of the Miracle Mile in Los Angeles during the pandemic.

“Mattress” orgasmically captures the essence of a kaleidoscopic echo of what seemed familiar with a sophisticated anarchy embedded in the lyrics of the song. I felt like I had stepped into a door and into the past where there were ghosts of an encounter with a love that had tried and failed. The song is simply about the attempt to date again after a bad break up….but there is always the fear of letting someone back in once again…It’s about living until you feel alive again.. 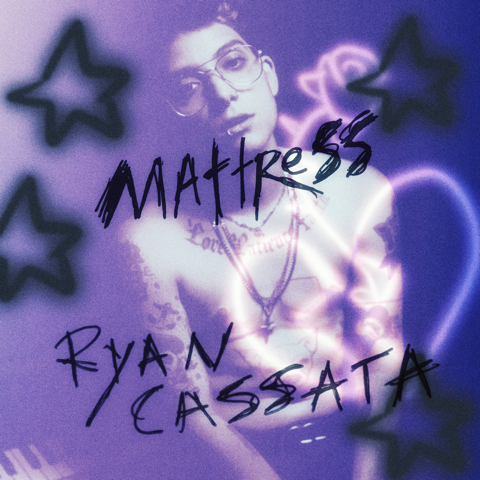 There are hours where grief lives, where fear rules, where truth lies exposed like a wound. Hope hides, peace is for others, and every thought begins and ends in silence. The impulses within become the range and we are all exposed as being very far from perfect. “Mattress” captures the sorrow of the love lost for me more than the apprehension of starting all over again. It’s a perfect pop song for the broken hearted and I believe it speaks to many.

Ryan Cassata’s songs all come from a place of truth. Being openly transgender Ryan speaks at schools and universities on the subject of gender dysphonia as well as bullying in his own personal transition from female to male. He’s made appearances on the Larry King Live and The Tyra Banks Show to talk about being transgender and has performed as Jazz at Lincoln Center, Whiskey a Go Go, and many other popular places. He is an award winning activist, and his song “Soda Cans” was listed by The Advocate as a Trans anthem.

Ryan is a sensitive and accomplished lyricist and his music is authentic and genuine. He is an accomplished musician and orchestrates his songs far above the usual. “Mattress” will ring a place on my playlist as will his entire new album release.

The official website for Ryan Cassata may be found at https://www.ryancassata.com

TVBOO & GRiZ Team Up For Squelchy New Collab & Album Single, “Bass Music”
Margaret Qualley & Geraldine Viswanathan to Lead Ethan Coen’s Solo Directorial Feature
Even airline employees are having trouble finding a seat home from Europe this summer
10 Of The Best Jorts To Beat The Warmer Weather In Style (2022 Edition)
15 Of The Best Jumpsuits For Men To Slide Into All Of 2022