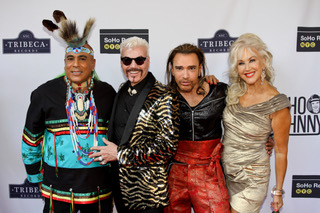 Dressed in wild, multi-chromatic and vibrant Native American garb, Felipe Rose, singer, songwriter, producer and original Native American from the iconic “Village People” cascaded down the Red Carpet handing out feathers and looking as fabulous as always. King of the “YMCA” Felipe has recently released his brand new anti-pandemic dance anthem “Dance Again” which is on fire and was showcased live on stage at the event in an extravaganza of illumination. He also performed “YMCA” as the crowd went ballistic…. 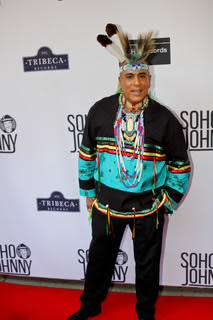 The evening’s event was benefitting “Operation Warrior Shields” (an Organization providing wounded warriors with service dogs), with a portion of the proceeds. All of the artists performed for free. 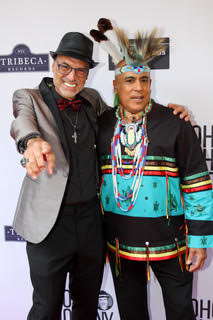 From 1977 to now Felipe Rose wore Native American war bonnet and loincloth and performed as a Native American character, which in reality he is.  Since the controversy with Victor Willis took the original group, Felipe Rose began a solo career. Well in the Village People The band and Phillipe raise millions of dollars for charities in among them were the Native American college fun and various AIDS charities. His brand new song “Dance Again” is causing a buzz and making history throughout the globe. Felipe Rose is a true professional with a kind and charitable heart. He and his new song will be making waves for a long time to come…..