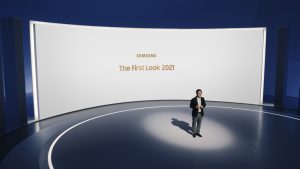 Samsung’s heir apparent has been granted a parole, but when and how he could take the reins at Korea’s biggest chaebol is still not clear.

Lee Jae-yong, or Jay Y. Lee as he is known in the international business circle and western media, has been granted a parole by Korea’s Justice Ministry, 18 months into his 30-month sentence for bribery and embezzlement, reported Reuters.

The Justice Minister explained that the parole decision was made “as a result of comprehensive review of various factors, such as public sentiment and good behaviour during detention.” He is expected to leave prison by Friday.

Pressure from the business world has been mounting lately on the Korean president to pardon Lee, including that coming from the American companies, according to reports by business media outlets like the Financial Times. They argued that Lee’s release from jail could steer Samsung to help alleviate America’s dependence on foreign countries for semiconductor production. This is because Samsung has been weighing the options to build new foundries in the US, expected to amount to multi-billion-dollar investment.

However, the parole does not mean Lee would be able to go directly back to office, even less to officially take the reins. Korea officially bars people convicted of economic crimes from employment for up to five years, and those on parole would face restrictions on overseas travelling, explained the Wall Street Journal.

Samsung said day-to-day operation of the company has not been impacted by Lee’s absence, but strategic decisions like the location of the multi-billion-dollar investment in the US can only be made by the company’s owner. Destinations under consideration are believed to include Texas, Arizona, and New York. This means there will still be uncertainty hanging over Samsung for the time being and there may need further political intervention.

Officially vice-chairman of Samsung and CEO of Samsung Electronics, Jay Y. Lee became Samsung’s de facto chief after the passing of his father and the chairman of Samsung, Lee Kun-hee, late last year, despite that the company has not spelled out an official succession plan.

Deborah Lee Fong Surging Despite the Pandemic
The One and Only Dici, is at it Again
SAN DIEGO REFUGEE STAR2 IS NEXT HIP HOP STAR
Actor Linda Collins Turning Heads Around Hollywood and Beyond
Daftar Situs Slot88 Gacor Gampang Jackpot Terbesar