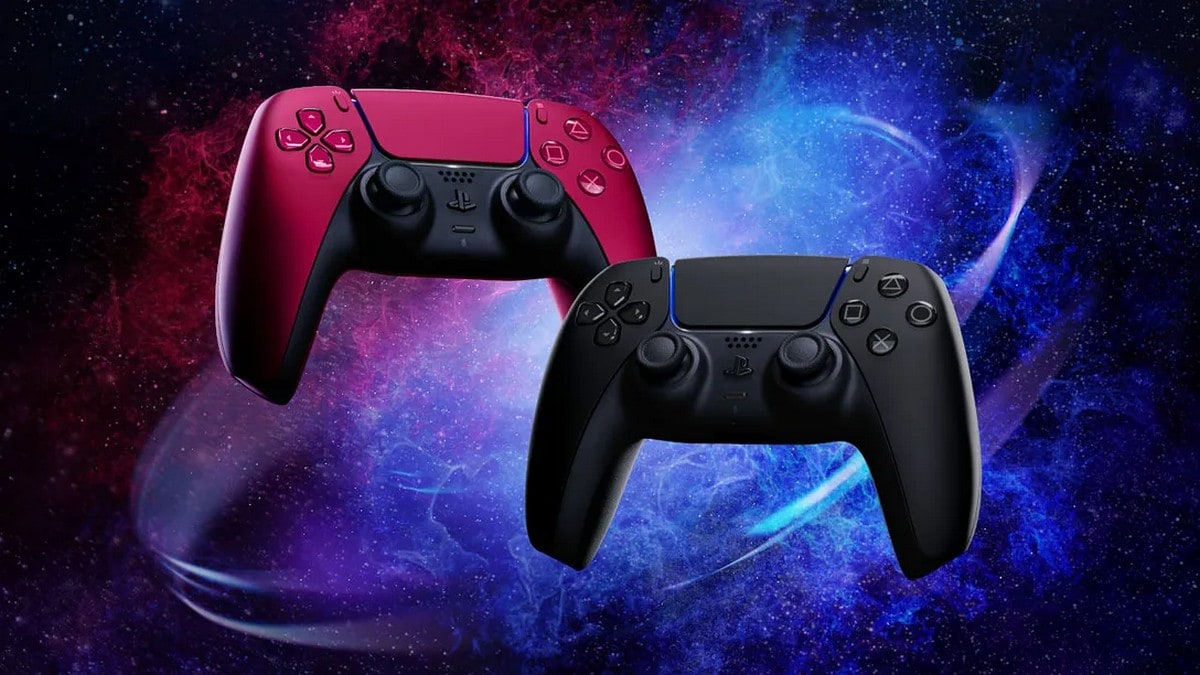 PS5 DualSense controllers have arrived in two new colourways that Sony will start selling soon. The two variants add to the black and white default controller that was launched along with the PlayStation 5 last year. Cosmic Red and Midnight Black are the new colours that will be available globally from next month. The patterns of the two new variants have been inspired but the ‘galaxy’. Sony says the Cosmic Red controller is “inspired by the unique vivid shades of red found throughout the cosmos” and the Midnight Black controller reflects “how we view space through the night sky”.

The new designs swap the white part of the default DualSense controller with red on the Cosmic Red and black on the Midnight Black versions. The blue light around the touchpad remains the same. The new PS5 controllers have the same functionality as the standard black and white controller and do not offer any additional features.

Sony has not shared an exact sale date for the new DualSense colourways but stated that they will be available via participating retailers globally starting next month. It added that the exact date will vary by location. Pricing for the new colourways is not available either, but expect these new DualSense colourways to be slightly more expensive than the standard controller. Currently, the black and white DualSense is priced at Rs. 5,990 at the official Sony Centre website Shopatsc.com.

Recently, a new slot for PlayStation 5 pre-booking was spotted on the Sony Center website, which says that the console will be available for pre-orders from May 17 at 12pm (noon). This is the standard edition of the PS5 that is priced at Rs. 49,990. Additionally, the PS5 Digital Edition was also listed on Sony Center website and will be available for pre-order at the same time as the standard edition for Rs. 39,990.

Is Mi 11X the best phone under Rs. 35,000? We discussed this on Orbital, the Gadgets 360 podcast. Later (starting at 23:50), we jump over to the Marvel series The Falcon and the Winter Soldier. Orbital is available on Apple Podcasts, Google Podcasts, Spotify, Amazon Music and wherever you get your podcasts.

Vineet Washington writes about gaming, smartphones, audio devices, and new technologies for Gadgets 360, out of Delhi. Vineet is a Senior Sub-editor for Gadgets 360, and has frequently written about gaming on all platforms and new developments in the world of smartphones. In his free time, Vineet likes to play video games, make clay models, play the guitar, watch sketch-comedy, and anime. Vineet is available on vineetw@ndtv.com, so please send in your leads and tips.
More