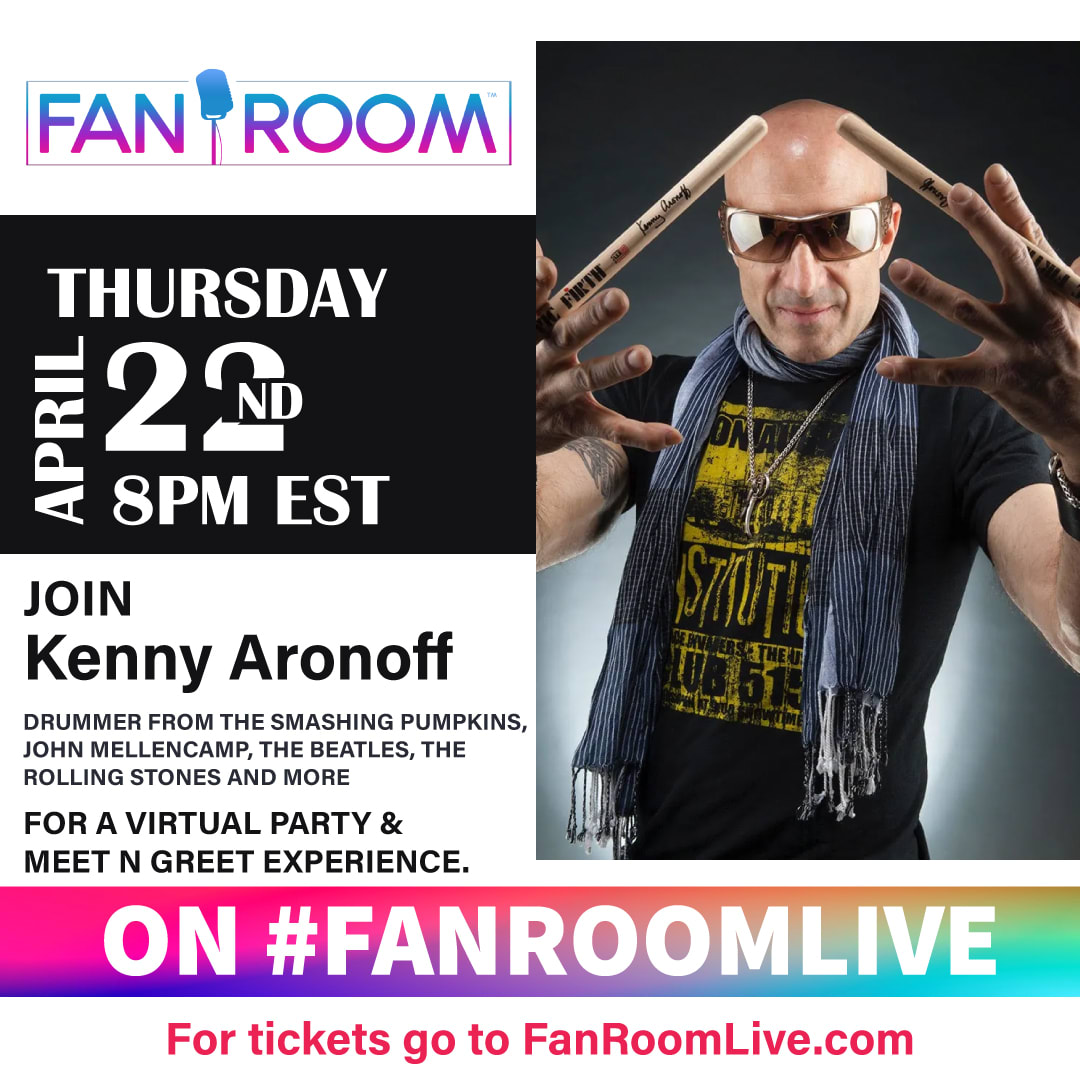 For five consecutive years, the readers of Drummer Magazine have crowned Kenny Aronoff the #1 Pop/Rock Drummer and the #1 Studio Drummer for his unique and emulated style combining finesse and power. The celebrated musician has contributed his talents to more than 60 Grammy® nominated recordings. Over 300 million records sold worldwide feature his work, 1,300 of which are certified gold, platinum or diamond records! 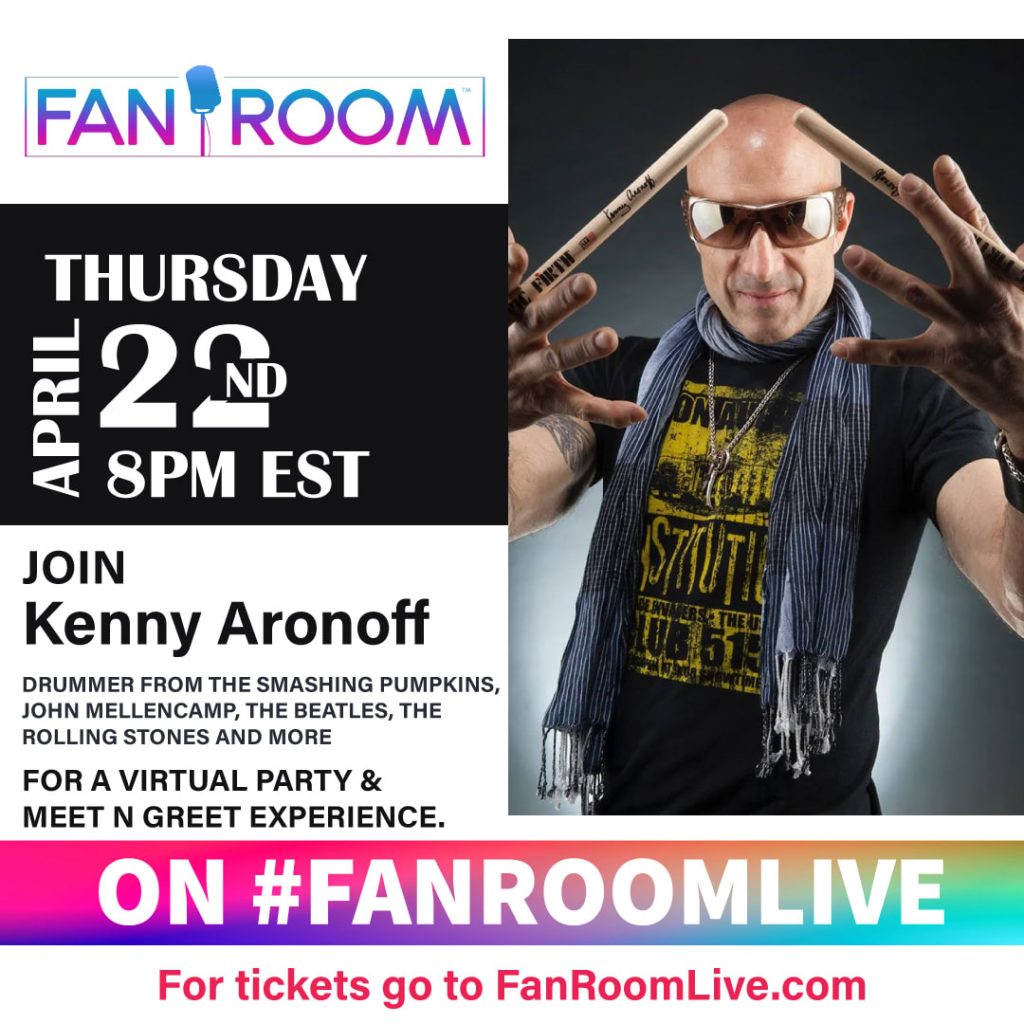 The FanRoom Live platform helps actors, musicians, comedians, sports stars, and other popular figures engage and interact seamlessly with their supporters virtually. These sessions are always very interactive and more like a meet ’n’ greet and Q&A town-hall-style meetings.

Get your FanRoom Live tickets to meet Kenny Aronoff  on Thursday, April 22nd at 5 PM PT, 8 PM ET by going to  https://www.fanroomlive.com