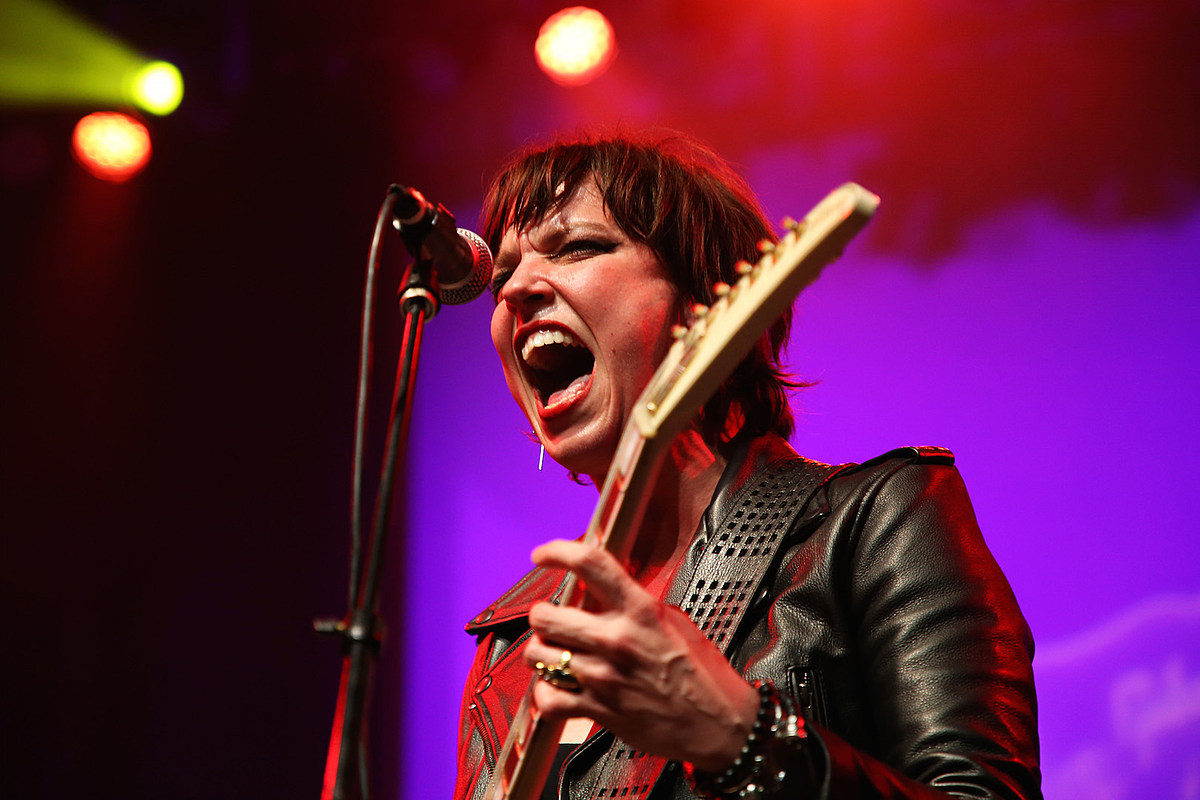 Halestorm frontwoman Lzzy Hale is the embodiment of rock ‘n’ roll spirit, so it should come as no surprise that she is not keen on the use of backing tracks onstage. It disappoints her when she learns of her favorite bands who use the tactic, but respected their right to do so. If Halestorm elected to employ backing tracks, however, she fears her and her bandmates would get “worse as musicians.”

“We do it more selfishly, not necessarily as a statement,” Hale said of Halestorm’s determination to only play completely live, without any aid from pre-recorded tracks.

Speaking further as a guest on Offstage With DWP (an interview series from festival promoter Danny Wimmer Presents, known for Sonic Temple, Aftershock and others), the Halestorm singer and guitarist expressed intrigue over the debate within rock and metal circles regarding the use of these backing tracks.

“But it has kind of become this interesting statement. We’re very proud of that,” she reiterated about playing 100 percent live, “But also, just again selfishly, I don’t think I’d enjoy myself.”

Recollecting her onstage experiences with pre-recorded tracks, Hale offered, “I’ve guested with people — I’ve [performed duets] with people and got up onstage where they have those things and I can hear it in my in-ear monitors — and some of it is, like, ‘Chorus in one, two, three, four…’ I’m, like, ‘Oh my gosh! This would drive me nuts.’ And also, I would rather have us sound imperfect than have somebody figure out that I’m miming, or a shaker goes awry — ‘Where’s the tambourine coming from?'”

Some of Hale’s heroes, which remained unnamed, rely on backing tracks onstage, to which she confessed, ”I’m not a fan of when I find out my favorite bands do that. And, like I said, I’m not knocking anybody who does it — you do you.” The frontwoman then expressed the excitement of taking the stage, knowing that whatever happens, it’s all on the band to deliver and keep the show on track.

“And also, if we weren’t actually playing, we would just get worse as musicians,” added Hale, who cited a disastrous incident for an aid-reliant band. “We’ve been to shows where somebody’s computer went down — the tracks are no longer there — and then they don’t play anymore,” she said, “And we’re, like, ‘Can’t you just plug the instruments in?'”

Another worry about the use of backing tracks for Hale is that it can be easy to fall into a routine and live performance skills may deteriorate. “So we’ve become better musicians because we challenge ourselves in that way,” the Halestorm singer concluded.

Lzzy Hale on Offstage with DWP

Nokia and Inria ponder the future of networks
Marvel Cinematic Universe Phases Ranked Following MCU Phase 4
UK set to implement new rules for fibre and 5G builds
Jeffrey Dahmer Netflix Series is Educational, Actress Keyla McNeely Says
What Are WhatsApp Polls and How Do You Use Them? All You Need to Know