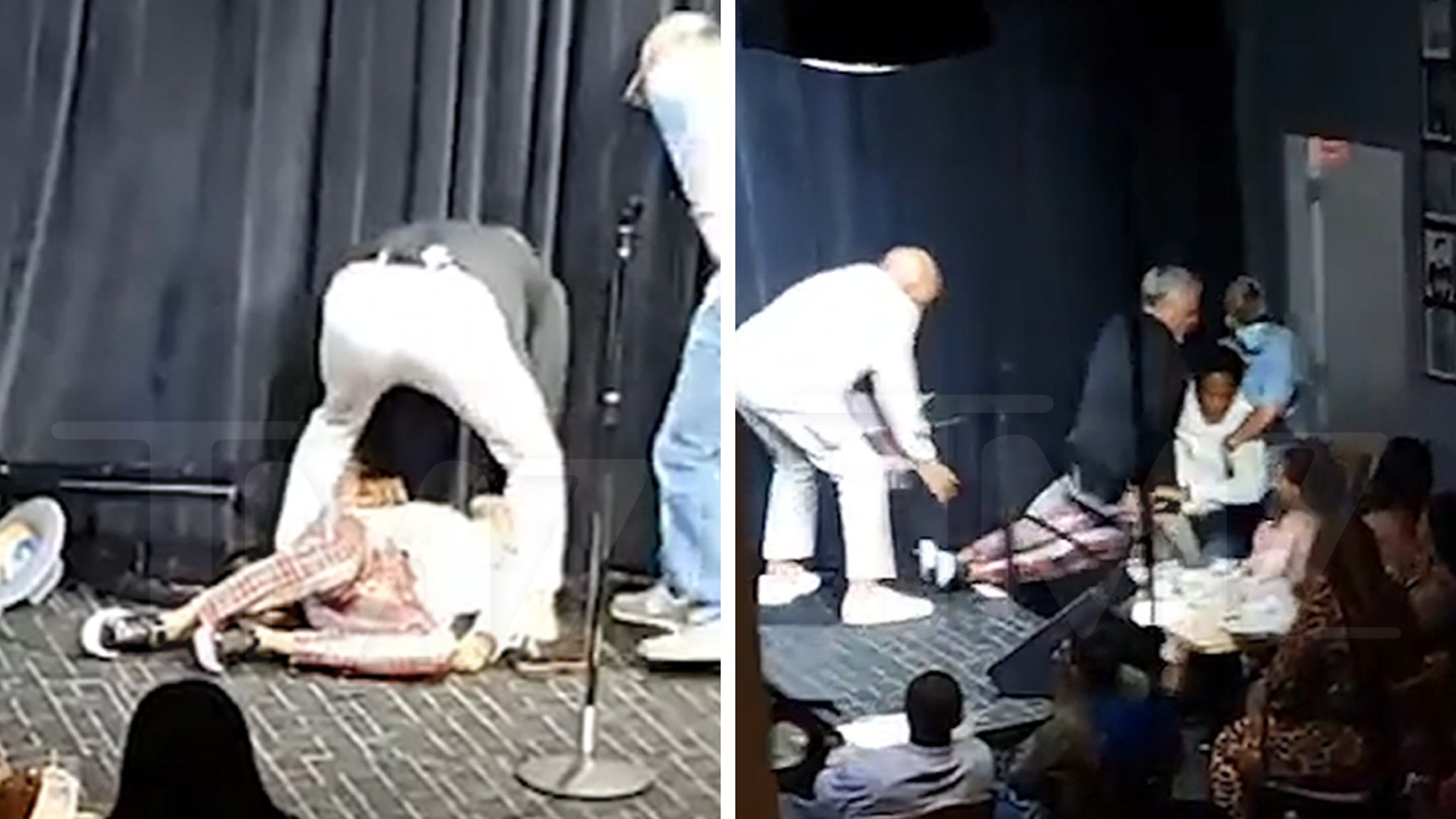 Comedian D.L. Hughley had some sort of medical emergency Friday night … he was performing at a Nashville club when he went limp and passed out cold.

D.L. was performing at Zanies Comedy Club and a sold out crowd was enjoying his jokes when suddenly, at around 11 PM, it appeared something was amiss. His speech became labored. A security guard handed D.L. a bottle of water, and a minute later he just passed out cold while he was leaning against a stool.

The comedian’s manager was at the ready and grabbed D.L. to break his fall. The manager carried him off stage and that was it … no one told the crowd what happened, but it was serious enough for an ambulance and fire truck to show up. D.L. was put on a stretcher and taken to a nearby hospital.

We’ve tried contacting D.L.’s rep … so far, no word back.