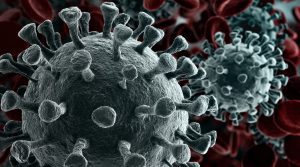 Nobody outside of the government and NHSX thought it was a good idea for the UK to develop its own contact tracing app when Google and Apple had already done the heavy lifting for them.

It has been two months since bitter rivals Google and Apple announced an unprecedented collaboration in the name of beating the common viral enemy via smartphones. Flush with Silicon Valley, DevOps vigour, they set about their task and within a couple of weeks presented code to national health authorities to test and incorporate into their own apps.

But the UK knew better. What could the two companies that run nearly all the worlds smartphones possibly know that a few British techies and civil servants wouldn’t be able to best? Yes, there was the small matter of needing their permission to keep Bluetooth permanently activated on phones, but surely that was nothing a spot of light hacking couldn’t overcome.

So the NHS went ahead with its own app, which had the added advantage of giving it lots of juicy data on everyone who used it, and had a dress rehearsal on the Isle of White, presumably to limit the contagion should the app fall short of expectations. Then things went quiet, implying the experiment was not an unqualified success, and just as everyone was starting to move on came the announcement of a magnificent shifting of the goalposts packaged as a general rethink.

“Our response to this virus has and will continue to be as part of an international effort,” said Baroness Dido Harding, Executive Chair of NHS Test and Trace and Matthew Gould, CEO of NHSX, in some kind of canned-quote duet. “That is why as part of a collaborative approach we have agreed to share our own innovative work on estimating distance between app users with Google and Apple, work that we hope will benefit others, while using their solution to address some of the specific technical challenges identified through our rigorous testing.”

So the plan was to use the Google/Apple platform all along, you see, but reflecting on its rich history of IT project success, the NHS decided first to help them make it even better. “We will also draw on the invaluable insight from all of those who trialled the app on the Isle of Wight – and the brilliant teams who have worked on it to date – to build an app that can form part of the end-to-end NHS Test and Trace service, and this insight will be integral to the next phase of development,” the couple crooned.

“We knew from the start that we would need to test and learn as we developed this new technology,” echoed UK Health and Social Care Secretary Matt Hancock, who had to suffer the indignity of speaking alone. “The NHS COVID-19 app has undergone some of the most rigorous testing in the world – utilising a real world trial on the Isle of Wight pilot and in a series of field tests – and I want to thank all of those involved.

“Countries across the globe have faced challenges in developing an app which gets all of these elements right, but through ongoing international collaboration we hope to learn, improve and find a solution which will strengthen our global response to this virus.”

Now we’ve got to give Hancock that, it’s not like there are loads of other countries knocking this out of the park, even with the full cooperation of Google and Apple from the start. For example the Germans, who are supposed to be great at this sort of thing, have only just launched theirs. But at least they have – how long until we can say the same?

“While it does not yet present a viable solution, at this stage an app based on the Google/Apple API appears most likely to address some of the specific limitations identified through our field testing,” concludes the press release. “However, there is still more work to do on the Google/Apple solution which does not currently estimate distance in the way required. Based on this, the focus of work will shift from the current app design and to work instead with Google and Apple to understand how using their solution can meet the specific needs of the public.”

While it’s quite right to criticize all involved for trying to reinvent the wheel, they should at least be applauded for eventually seeing the error of their ways and repenting. The relative importance of being able to accurately measure distance is debatable, since the two-metre social distancing rule is entirely arbitrary anyway. Surely it’s enough just to know you’ve been near someone with coronavirus symptoms so you can then request a test. It doesn’t need to be any more complicated than that.