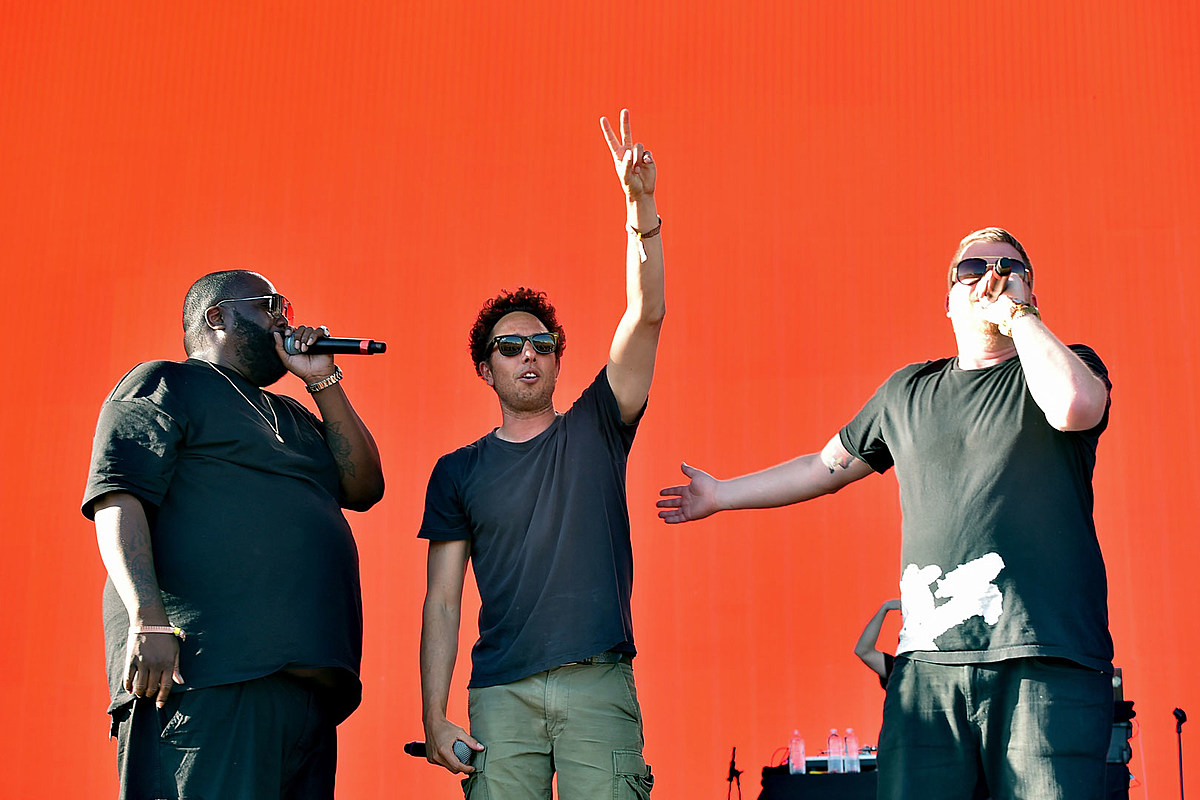 The revolution will be … mashed up? Two of the most political and social-minded acts in music — Rage Against the Machine and Run the Jewels — were set to tour together this year, but fans can still get their fix on a new mashup mixtape put together by DJ Skarface.

For those who’ve followed both acts over the years, there is a link as Rage frontman Zack de la Rocha has frequently guested on Run the Jewels’ music, including the 2014 breakout track, “Close Your Eyes (and Count to Fuck).” The ties run even further with Run the Jewels’ El-P even serving as a producer for de la Rocha’s solo work in the past.

Now you can hear these two dynamic acts mashed together, though the final cut is more than just a traditional mashup. DJ Skarface has managed to splice several Rage Against the Machine songs with Zack’s vocals over the top of Run the Jewels tracks, with a few interview bits and even a David Letterman introduction thrown in for good measure. Have a listen to what DJ Skarface has dubbed the “Rage the Jewels” mixtape below.

For those who enjoy the mix, DJ Skarface also suggests, “While you’re here, you should should consider donating to the National Lawyers Guild.” After posting the mix earlier in the week, the DJ received a nod of recognition from Run the Jewels’ El-P, who simply offered, “Oh shit…“

Meanwhile, look for Rage and Run the Jewels to return to the stage together in 2021, with dates moved due to the coronavirus pandemic.

Starship Troopers First-Person Shooter Announced
What’s Next for Jeremy Allen White?
A Summary and Analysis of Sandra Cisneros’ ‘Salvador Late or Early’
Can operators really save an extra 10% in the RAN?
I’m a HarperCollins author. Here’s why (and how) I won’t cross the virtual picket line.