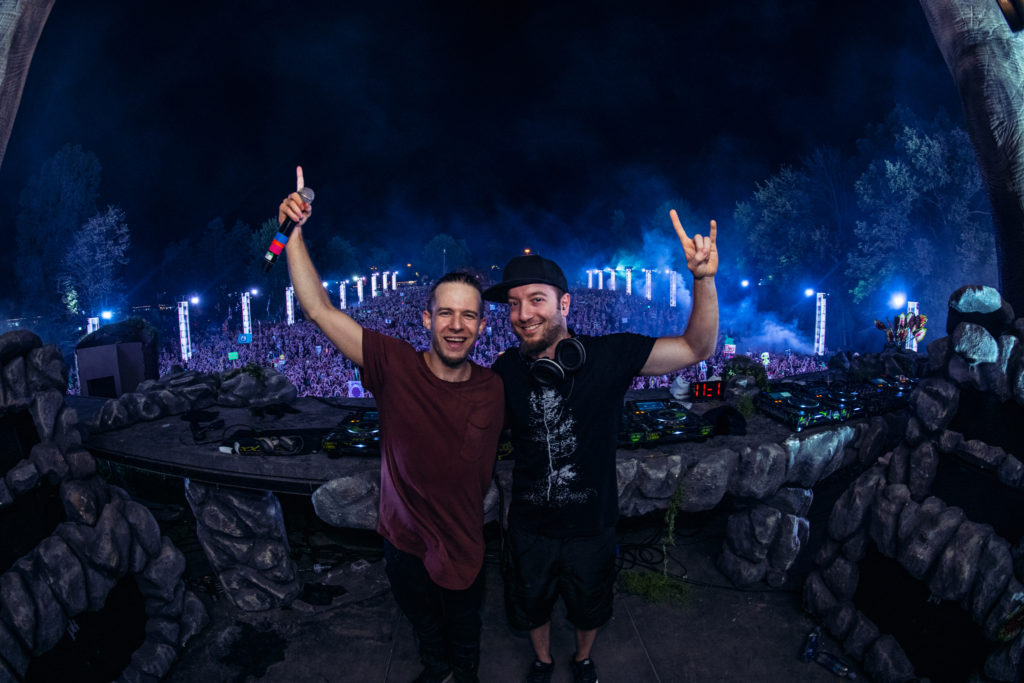 Bassnectar and Jantsen, Lido and Jaden Smith, Flux Pavilion and Doctor P… there are a lot of classic combos in music that, whenever they work together, we know it’s going to be exceptional. Excision and Downlink are one of those combinations and they never fail to bring something new to the table.

The last time they worked together was on the show-defining “Robo Kitty” in 2015, which has become one of the fan favorites at any live Excision event. Now they’re teaming up again for “Resistance,” which you could infer as politically-charged given this year’s climate, though it hasn’t been explicitly described as such.

Bringing back classic Excision phrases like “power up the bass cannon” and “raise your first” gives this a timeless feel, while the almost punk rock feel in some of the musical notations coupled with the bouncier rhythm and guitar in the build presents both Excision and Downlink in a new light.

There’s no denying this is a classic dubstep formula, but that’s what these two do best. And there’s nothing wrong with a formula when it’s as tried and true as this, and done so impeccably well. When shows do return, you can bet that “Resistance” will elicit some seriously powerful headbanging.

“Resistance” Lyrics
Elevated humans of a long lost Earth,
Your land burns as the skies turn grey,
The greed of world leaders has gone too far,
The time has come to take back the planet.

Initiate phase two,
Power up the bass cannon,
Raise Your fist,
It’s your time,
To Resist.

Power up the bass cannon,
Raise Your fist,
It’s your time,
To Resist.