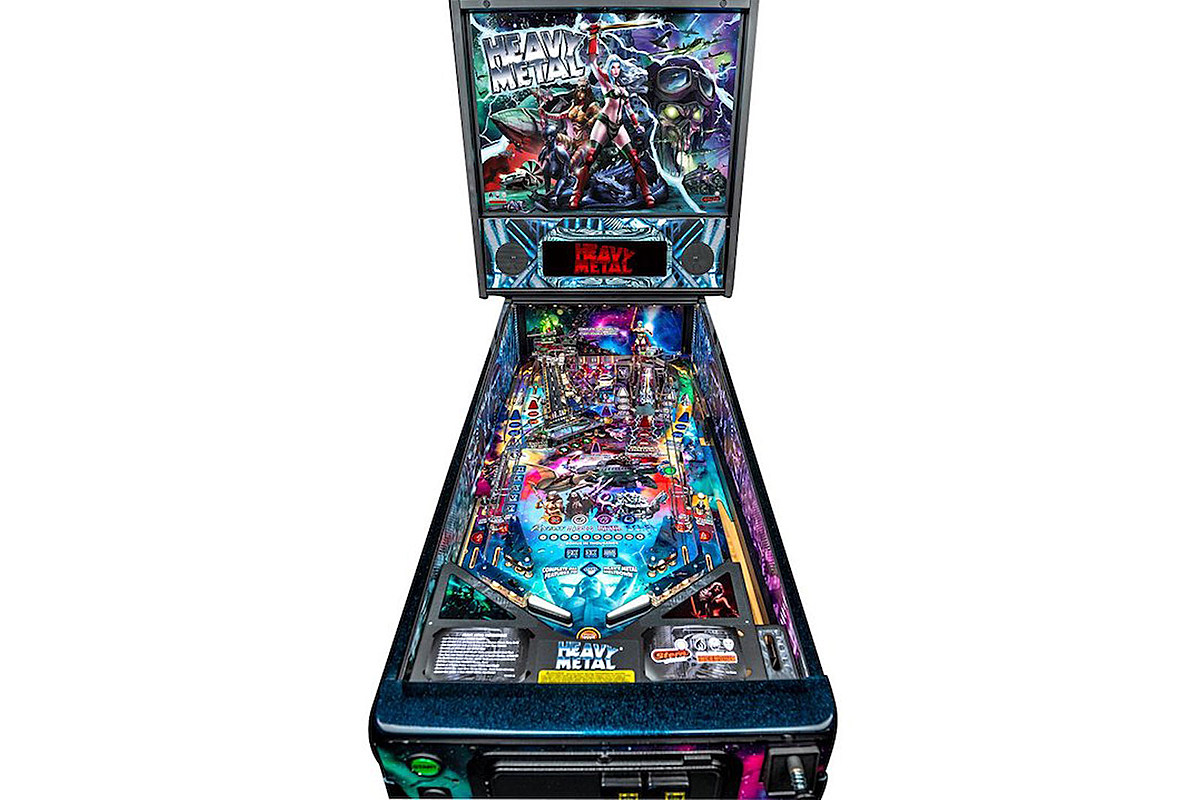 Earlier this year, Sebastian Bach discussed his involvement with an upcoming Heavy Metal pinball machine. Now the machine, which includes music from Bach, Brendon Small, Blue Oyster Cult, Cheap Trick and others, is expected to arrive in time for the 2020 holiday season.

Incendium Online have revealed the details and specifics about the machine, which was inspired by the 300th issue of Heavy Metal and the 1981 animated movie of the same name. An exclusive variant cover edition of Heavy Metal of issue 300 will be included with every machine sold.

The gameplay revolves around the warrior heroine Taarna and the undead tailgunner Nelson. Both are given a voice for the first time in the in-game narrative. The original artwork created for the pinball machine also pays tribute to words and characters from the magazine’s history.

When speaking about the game earlier this year, Bach stated that he was laying down vocals while Small was recording the music. ”We are recording a song from the Heavy Metal soundtrack album which is an album that I love! All I had to do was go to my vinyl library (which is in my studio), put on the record, learn this mother trucker and then lay it down,” stated the singer. “This is the first pinball machine I have ever done vocals for and I am honored to be a part of this!”

You can watch a game trailer below and visit the Incendium Online website for additional details and to place your order for the Heavy Metal pinball machine.

Envoy Air says a pilot who was reported incapacitated during flight has died
The Best Men’s Razors You Can Buy In 2022
FASHION’s Beauty Director On Her DPN Skin Journey
Dark Below Lament Our Divisive World With New Track “Hate Being Human”
Two companies have luxury trains called the ‘Orient Express.’ Here are the differences