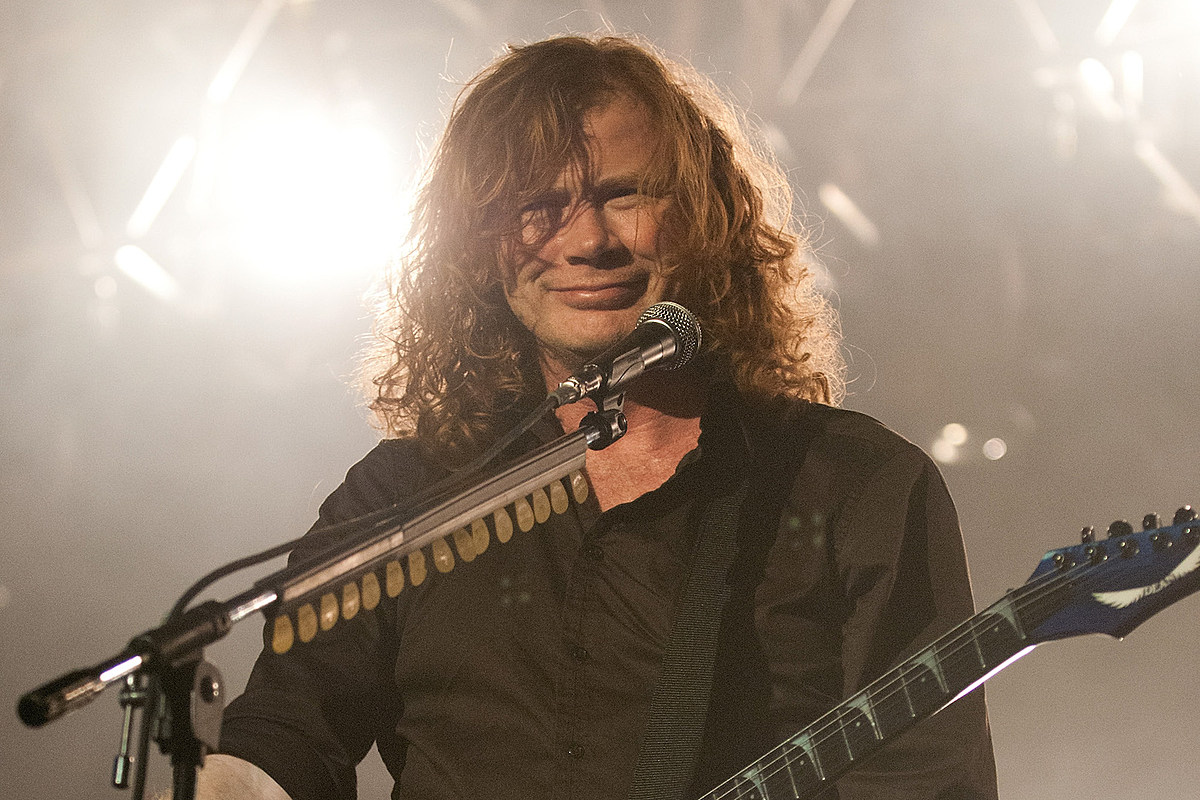 Megadeth are making solid progress on their new album, with Dave Mustaine offering a solid update on the forthcoming set during the “Metal Tour of the Year” streaming event over the weekend.

Serving up an update, Mustaine revealed, “Dirk [Verbeuren] and David Ellefson both just finished their parts. And this was probably one of the strongest records we’ve ever had as far as duration. The other records we’ve done have all done been different lengths, and our [record] contract that we have [to deliver] for one company, it’s eight songs, for another company, it’s 11 songs, so, realistically, all we need to do is do an 11-song album and we’re done, right? That’s not the way old Uncle Dave is, though.”

He continued, “So we got in the studio and we started working and it got to where we were writing all the original parts, and we had 15 of ’em,” he revealed. “And then we got to the end, and I said, ‘Shoot, we didn’t think about the cover songs, man.’ We had a couple of songs we wanted to do for this record. ‘Damn, we forgot. What are we gonna do? Do you wanna still talk about it?’ ‘Yeah, we wanna talk about it.’ So we ended up doing 18 songs altogether, and then we had another song that we forgot was part of one of the other songs, so we had 19. [We] ditched one of the cover songs, so now we’ve got an 18-song album that we’re gonna be bringing.”

The Megadeth leader kept the lyrical direction to himself, but did speak a little on the playing and the heaviness, explaining,  This is the first time in a really long time that we’ve had a record that the guitar playing and the bass playing was so hard that we had to stop in between parts. Ask Ellefson — he’s the best ambassador — what he’s doing with his [bass] guitar parts, because he’s playing the same thing I’m doing. And we do some really cool stuff. Like, there’s one part in one song that he played parts that are like ‘Five Magics’. And there’s another part where it was full-on ‘Take No Prisoners’ — just shredding on bass guitar. So you’ll have to see for yourself. The guitar playing could totally suck, but I don’t think it will.”

Mustaine is well aware how bands hype their new album, and while he’s not ready to put it at the top, he does hold it in high company considering the depth of their career.

“I think this is probably in the top four records as far as towards the tip of the spear with our career and everything that we’re doing. It’s up there with Countdown [to Extinction], Rust in Peace and probably Peace Sells. The other one I would say is Dystopia. So that would round up my top five,” says Mustaine, adding, “Honestly, it’s kind of lame when guys have new records and they go, ‘Oh, this is my favorite one,’ ’cause, [let’s] face it, we all do that. When we have a new record come out, ‘This is my favorite one ever.’ I mean, this is a good record, but I don’t have any words to it yet, so…”

See more of the chat below.

18 new books to look out for this week.
The Truth About Being Tall
Anne Heche Almost Hit Pedestrian Before Crashing into House
16 Of The Best Beard Products To Use In Every Step Of Your Grooming Regime (Updated 2022)
TLC’s Chilli Spotted on Beach in Hawaii with Matthew Lawrence