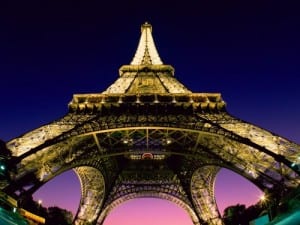 French regulator Arcep has confirmed it will auction spectrum licences in the 3.4-3.8 GHz band, finally signalling the beginning of the 5G era in the country.

With the original April auction being delayed, Arcep has said it will sell off 310 MHz of spectrum in the 3.4-3.8 GHz band to Bouygues Telecom, Free Mobile, Orange and SFR. The telcos will be free to begin commercial sales of 5G contracts in either October or November.

While the importance of being first to deliver 5G services has been blown wildly out of proportion, the value of being the first to scale 5G networks and accelerate adoption should never be undervalued. New fortunes will be created because of the new connectivity dynamic, and they will not be evenly distributed across the world. The first launches give a head start to chase down these rewards, but the ability to scale networks fastest is much more significant.

A scaled network allows an economy to cultivate a 5G ecosystem, learning lessons from Silicon Valley in the 4G era. Certain zones around the world will become wealth creation and concentration points, attracting foreign R&D investment. This is the power of scaling 5G networks; it gives an economy a greater opportunity to capture newly created fortunes.

This is the challenge being faced by various European nations currently. France, Spain, Austria, Portugal, the Czech Republic, and Poland all suspended or postponed 5G auctions due to the coronavirus pandemic. Priorities were quite rightly shifted elsewhere, but it left telcos without the valuable spectrum critical to deliver a commercial 5G offering.

French authorities have now said the reorganised auction will take place in September, with each of the four telcos guaranteed a 50 MHz block, with a reserve price of €350 million. The remaining 110 MHz will be sold off in a secondary auction in 11 blocks with a reserve price of €70 million. Each telco will have to launch commercial 5G services in two cities by the end of 2020.

Fortunately for France and its economy, it is not going to be that late to the party.

“Being late by a few months is not an issue at all,” said Dario Talmesio of analyst firm Omdia. “What is important is to ramp-up quickly and being first to scale.

“You have the first bullet-train in the world, but if it only travels one mile: good luck selling tickets. We studied pretty much all 4G launches and the recent 5G launches and we can see that those operators that have succeeded are the ones that can scale rapidly. And by scale we mean not just customer base or the network but the entire preposition.

“It is particularly obvious in consumer smartphone, but it will become even more relevant in 5G as the 5G platform will be used not only by consumers but by pretty much every single sector of the economy.”

Certain countries are accelerating forward and some are moving sluggishly. China, for example, is rapidly expanding its 5G footprint with Omdia suggesting the telcos could have collectively deployed 300,000 5G base stations by the end of the year. By way of comparison, UK regulator Ofcom estimates there are roughly 40,000 cell sites across the UK in total.

China was not one of the first nations to launch commercial 5G services, but it falls very comfortably into the ‘fast follower’ column. For example, China Mobile is hoping to have 70 million 5G subscriptions by the end of 2020.

This subscriber base combined with an expansive network delivering services with a portfolio of spectrum licences and a supporting ecosystem is what we mean by scale. These three elements can combine to ensure the domestic economy benefits from 5G, providing a launchpad for international expansion, while China will look increasing popular to foreign investment because of this 5G-defined economy.

Looking at the 5G ‘firsts’, there are certainly two different tales.

Depending on who you speak to, the US or South Korea were the first to launch commercial 5G services during the latter stages of 2019. Since that point there have been different tales of success.

South Korea has been quickly scaling its network deployment and has been generating some good subscriber numbers as a result. On the surface, the US approach looks competent, but you have to evaluate the three different components to understand whether scale has been achieved.

Currently, only T-Mobile US is in a position to deliver a competent 5G service as it is the only telco which has access to mid-band spectrum. mmWave has been falling short of expectations, coverage is woefully poor, while the price of 5G in the US is perhaps still too high.

One of the most interesting elements of this conundrum is the fact that the majority of other nations are prioritising mid-band spectrum. If a country is to export services and products, the ones in the highest demands will be those designed for the connectivity dynamic which is unravelling. If the US does not have access to mid-band spectrum, it cannot design and validate new products and services. It can’t export what it doesn’t have.

Being ‘first’ means something, but not much in the long run unless the other components of the 5G mix are addressed. The US is finding this out currently, though it has kickstarted several initiatives to free-up valuable mid-band spectrum.

France is only at the beginning of its journey, and while there is ground to make up thanks to the delayed auctions, it does have the benefit of applying lessons learned by earlier adopters, and there have certainly been teething pains.

Launching 5G services late does not mean France will struggle to capture the newly created 5G revenues, but it will have to aggressively drive forward with network deployment at scale, ensure 5G tariffs are sensibly priced to ensure adoption and carefully nurture a supporting ecosystem.