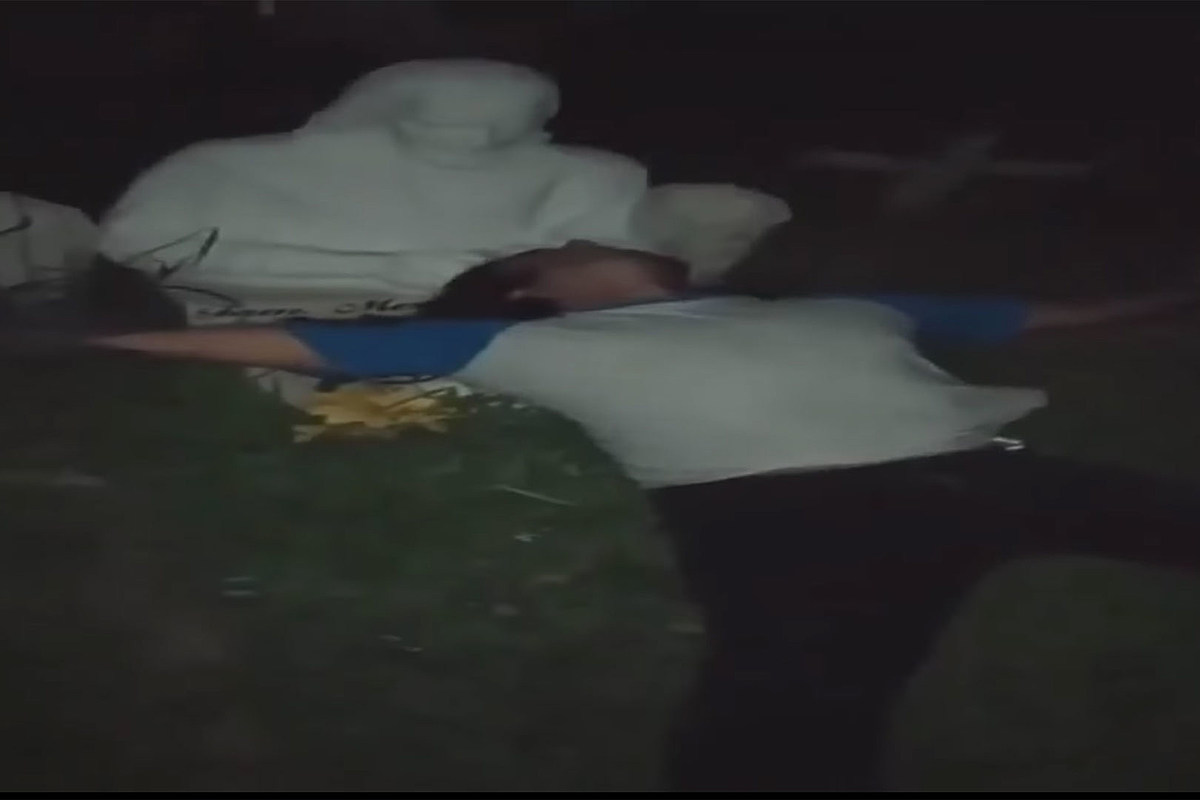 There are many obstacles en route to releasing your first album, but vandalizing a cemetery is not one you often hear. Mexico metal outfit Thunderslave were recently dropped from their label and their debut album pulled from the release schedule after video of members of the band wreaking havoc on tombstones, mausoleums and crosses at the Santa Maria Pantheon in Apodaca, Mexico surfaced online.

Apparently members of Thunderslave and another band Hellcharger were filmed while in the midst of their night of mayhem and footage of the incident was then posted online. According to Rock’n Norte, the video was taken down not long after, but it had already been downloaded by some fans. The video can be seen below.

The video was posted by Rock’n Norte on June 9. Two days later, Thunderslave’s label announced that they were dropping the band from their roster and deleting their new album from the release schedule.

According to No Remorse, the album titled Unchain the Night was finished, with all the manufacturing done and the promotional campaign for the record already underway with the album set to drop on June 26. But after hearing of the incident, they felt the need to act.

“There are always LINES for what’s accepted and what not. Not grey lines, but bold and serious lines, that once crossed, each party needs to make a decision based on its ethics,” said the label, who announced that they would refund anyone who had pre-ordered the new record. They also added that the band is now free of their contract to join any other label should they want to release their album.

The full statement from No Remorse can be read below:

26th of June, 2020 was the release date of the debut full-length album of Thunderslave from Monterrey, Mexico, under the title “Unchain the Night”. Everything was set, CD copies were paid, manufactured and delivered, the promotion campaign started and everything was ready for the release of the album.

Two days ago, on 9th of June, we were informed by a band member that he was involved in “something” while drunk and with a few friends they broke “something”. It is a common thing we assume to have a fight sometimes or break “something”; it is part of the rock ‘n’ roll and heavy music history, after all. But there are always LINES for what’s accepted and what not. Not grey lines, but bold and serious lines, that once crossed, each party needs to make a decision based on its ethics.

No Remorse Records always supports the bands and our artists, which in many cases have a long cooperation with the label, mutual respect and friendship. It was just this morning, on 11th of June, where we were informed and found out what actually happened, involving Thunderslave. A company of young people entered the Santa María Pantheon, in the municipality of Apodaca, destroying tombstones, mausoleums and crosses, which they demolished. From the moment that there is already a video of the cemetery vandalism (that we just saw today) it makes no sense for the label to wait on police reports and other related news, since violence and vandalism are among the things against our ethics. We always support free will but we also have the right to set those LINES according to our ethics and label’s professionalism. We also don’t want to use such acts as “advertisement”, so we have no other option than CANCELLING and DELETING this release and END our cooperation with Thunderslave and the members involved.

Thunderslave are free to join any other label and release their album.

To all those who have pre-ordered the (upcoming) Thunderslave album “Unchain the Night”, the price for that item will be refunded. Our apologies.

To all media that have already received copies since the promotion campaign have started, we recommend you to destroy those copies and we want to make clear that No Remorse Records won’t have any further cooperation and/or relation with Thunderslave. Thanks for the understanding.

With respect,
No Remorse Records