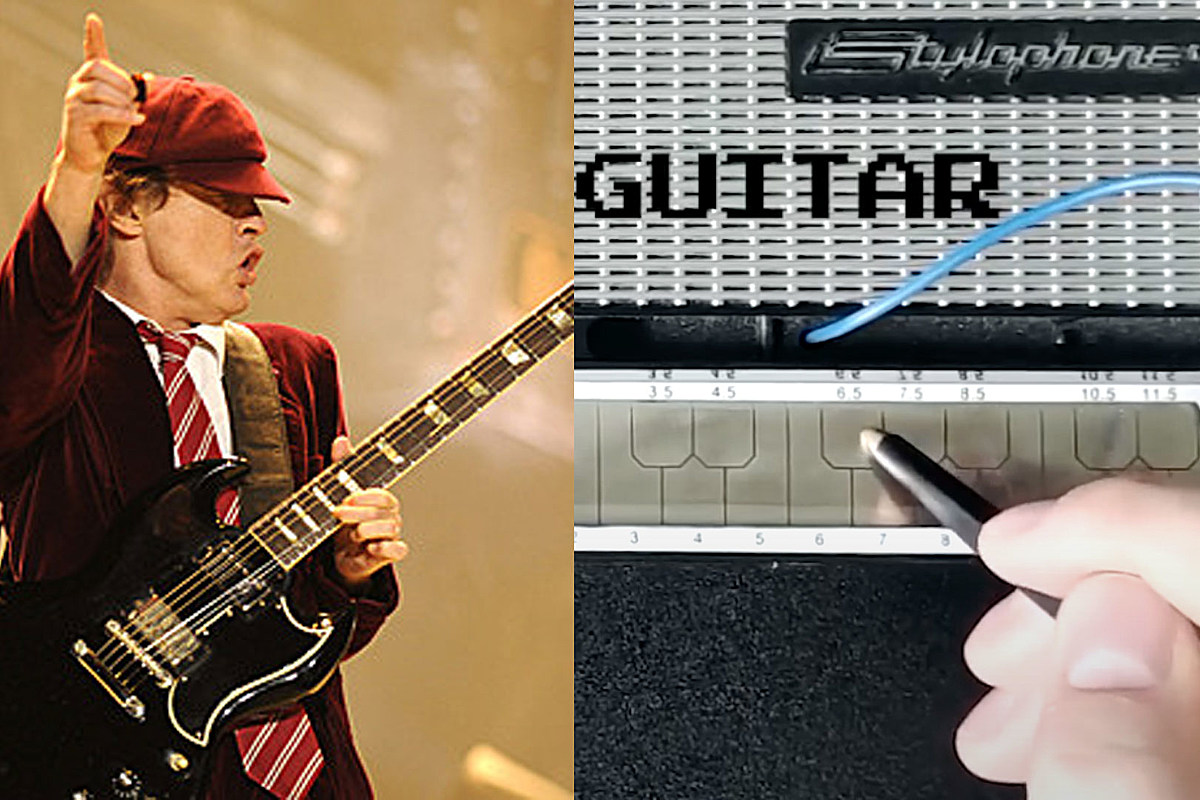 Typically you want to avoid circuitry when around weather issues, but here it’s perfectly okay to help you get “Thunderstruck.” A YouTuber with the handle maromaro1337 has provided a unique cover of the AC/DC classic utilizing a stylophone to play the song.

The stylophone has been around since the late ’60s, consisting of a metal keyboard made out of printed circuit board that can be played by touching it with a stylus. Each note is connected to a voltage-controlled oscillator via a different-value resistor, thus closing a circuit. The only other controls on a stylophone are a power switch and a vibrato control on the front panel beside the keyboard, and a tuning potentiometer on the rear.

Though not often seen in rock and metal, the stylophone has been used by John Lennon, David Bowie, Kraftwerk, They Might Be Giants, Pulp and others acts in recordings.

In the case of AC/DC, Maromaro1337 has recreated the nimble guitar lines (including the highly recognizable intro that he refers to as “Happy Castlevania”), the vocals and bass lines and even the thunderous drums and hi-hats. “That was very hard to pull off,” say Maromaro1337 in the video’s description. “The main guitar part was just horrible to play on the Stylophone. The riffs and solos were cool to play, but damn… It was harder then it looks. Sorry for changing the ending solo a bit, it would sound hideous to play two Stylophones set on the same mode at once.”

Maromaro1337 has found a YouTube niche with the instrument, recreating video game soundtracks and popular favorites from Metallica, Guns N’ Roses, Ozzy Osbourne and more on the instrument. Head to his YouTube channel to see more.