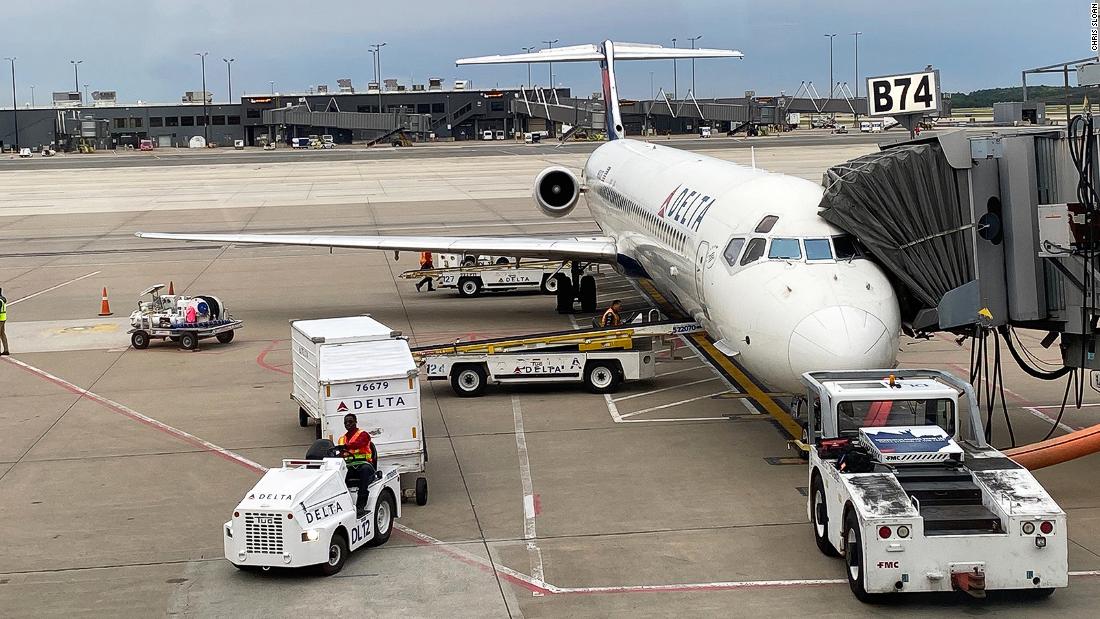 Washington to Atlanta (CNN) — In normal times, special flights like Delta Air Lines’ retirement of the last McDonnell Douglas MD-80 series aircraft flying scheduled passenger service in North America are cause for celebration. With national crises raging, these are anything but normal times. Yet against this tragic backdrop, the final flight on Tuesday was historic, joyous and completely surreal.

Airline enthusiast and employees flew in from around the country to be a part of this event, and I was lucky enough to be on board. After 33 years as the backbone of Delta’s domestic fleet, and after nearly four decades plying the world’s skies, the once ubiquitous MD-88 aircraft known as the “Mad Dog” vanished from scheduled airline service Tuesday, marking the end of an era for the aircraft not just in the United States, but in most of the world.

The significance of the MD-80 to the Atlanta-based carrier can’t be overstated. Though Delta wasn’t the first airline to fly the MD-80, the airline was the launch customer for the Mad Dog’s predecessor, the DC-9, back in 1965.

Delta operated 120 examples of the MD-80 at its peak (out of 1,191 built). Delta’s MD-80s were specially updated and rebranded as the MD-88. This beloved workhorse entered service on April 1, 1987, flying to just about every city in Delta’s North American network with 900 flights per day.

The MD-80s are affectionately known as Mad Dogs because they take off like rocket ships and unlike more modern automated aircraft, they require pilots’ full attention to fly and land. At their height they represented 50% of all Delta departures and arrivals at the world’s busiest airport, Hartsfield-Jackson Atlanta International.

Over 33 years, the fleet flew 750 million passengers, achieving 12 million hours in the air. On the last full day of operations, only 14 MD-88s and two of its MD-90 sisterships were operating from the airline’s Atlanta base.

Which brings us to Tuesday’s Flight DL88. The MD-88s were to be retired at the end of this year. But with plummeting demand, airlines like Delta have accelerated retirement of their elderly fleets and parked thousands more planes.

Since the onset of the Covid-19 crisis, Delta has parked 650 jets, or half of the combined 1,316 planes in its mainline and Delta Connection fleets.

Delta’s MD-88s average 28.7 years old. With Delta’s bulging order book of new, next-generation aircraft such as the Airbus A220, the Mad Dog’s time had come and gone.

Tuesday’s DL88 flight from Washington’s Dulles Airport sold out within minutes. With Delta’s Covid-19 policy of not booking flights exceeding 50% capacity in First Class and 60% capacity in the main cabin, the aircraft wasn’t full — unheard of for final flights. Only 84 of 149 seats were occupied.

Passengers and crew aboard the last MD-88 flight posed for a group photo at Dulles.

By 6:30 a.m., the gate was swarmed with excited AvGeeks and employees. Despite a time when all airlines are facing their most severe crisis ever, Delta sent off its workhorse in style.

Much to the delight of the crowd that expected a more muted affair, the gate was festooned with balloons and banners. The two captains and the cabin crew had celebrity status with bursts of applause as they stepped to the gate. The flight crew got into the festivities, assembling everyone for a commemorative, not very socially distant, “class photo.”

Boarding began in groups of just a few rows from the back of the plane forward, in keeping with Delta’s Covid-19 social distancing protocol. As we taxied out, our plane was drenched in a commemorative water cannon salute.

The water droplets dripping down the windows looked like tears as we taxied past rows and rows of parked airplanes — victims of the coronavirus’ devastating economic effects. This powerful contrast wasn’t lost on anyone.

Onboard, before the show officially started, each crew member on the PA addressed the MD-88 fanboys and fangirls with what the MD-80 meant to them.

Captain Carl Nordin regaled passengers with Mad Dog factoids, but with his voice cracking said, “It’s our baby. It created a lot of jobs, this was the plane I trained on. It’s going to be sad to park her for the last time.”

Ross Davis, a senior flight attendant, held back the tears remarking, “It was the plane I worked on my first day. It’s close to my heart. It was the first plane to take me to an international destination, which was hugely important to me.”

Ross Davis is a big fan of the MD-88, the first he worked as a Delta flight attendant.

What will he miss the most? “The wide aisles.” Passengers also said they’d miss the 2×3 seating, which cut down on the dreaded middle seat.

“I will miss the noise the most,” said one enthusiast who lives in Atlanta. “If you live within 40 miles of the airport, you know how an MD-80 sounds.”

The MD-80 series was sometimes called the “Mullet Plane,” with its “business in the front” whisper quiet front part of the cabin and loud “party in the back of the plane” from the twin rear mounted Pratt & Whitney JT8D-200 series engines.

By comparison to any airliners built from the 1990s forward, the MD-80 is a loud, low-tech, fuel guzzling and environmentally unfriendly relic of the 1980s. But when it first entered service as the DC-9-80, the airplane boasted a competitive edge.

“MD-80 series aircraft, like their predecessor DC-9s, have been extraordinarily durable — some of them have remained in service even as newer aircraft have been retired. They’re retiring because of economics, not because they couldn’t continue operating safely for years to come,” says Seth Kaplan, NPR’s Here and Now transportation reporter and co-host of the AirlineConfidential podcast.

A surreal finale for an aviation icon

At 8:40 a.m. it was showtime as the Pratts spooled up. Within 30 seconds, the lightly loaded 32-year-old plane sharply rotated like a rocket ship into the air from Dulles Runway 30. There was no applause, just absolute quiet as the audience soaked in the engine symphony and famed jet fighter-like take off.

With virtually everyone onboard wearing masks, it was difficult to gauge anyone’s reaction. And when the catering came around, it was a small plastic bag filled with a water bottle, energy bar and hand sanitizer. This is a surreal, austere age.

Nevertheless, with a short 1 hour and 45 minute flight time, these passengers came ready to celebrate! Almost on cue, passengers broke out Sharpies — turning the plane’s window shades, overhead bins and walls into a canvas for art and autographs.

Social distancing became very difficult for the crew to control as passengers crowded into the aisles for photos. A safety card was passed around for everyone to sign, while every other safety card was removed as a souvenir. Some passengers got a bit overzealous and pried placards from the plane. The flight crew had to admonish the youngish crowd to leave those items in place.

At 9:35 a.m., the Pratts spooled back and the Mad Dog began its final initial descent. The seat belt sign came on, but no one seemed to notice — or care. Finally, with everyone belted in with seats in their upright position, the grand finale came into view. You could feel that our Mad Dog didn’t want to land. She had a lot more flying left in her.

At 9:41 a.m. with the cabin completely quiet, the 28-year-old airplane gently kissed runway 8L in Atlanta for the last time. With all of her sisterships already on the way to their final resting place — in Blytheville, Arkansas — the scene at ATL sans Mad Dogs really hit home. In just a few hours, N900DE would depart Atlanta, joining her sisters in the airplane graveyard.

A crowd of enthusiastic employees waving Delta and US flags welcomed their last MD-88 home one last time. Following a final water cannon salute, the windows were again awash in drops that looked more like tears. Our relic of the 1980s sat in dignified repose on the ramp awaiting her fate.

After the crosschecks and cabin doors were opened, flight attendant Ross Davis has the final word: “Thank you, Mad Dog, for the people you have moved and the lives you have touched.”

The Best Short Stories about Children and Childhood
China, Cairo, Italy: The top ‘travel-inspired’ baby names in the U.S. and the UK
VMO2 vans will collect foodbank and old tech donations during installations
Dollars, Cents, and Being Left With the Bill: Jillian Medoff on Breaking Up With Her Literary Agent
Cover Song Contest from Masterpiece Sound Studios