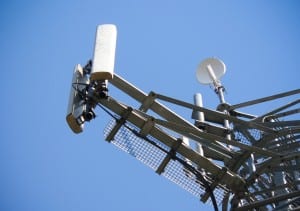 The Telefonica Group is one business which has been under the pressure of debt for years, though it has chipped off another sizeable chunk by selling German towers to its subsidiary Telxius.

Although Telefonica is effectively selling its German towers to itself, as it has divested 49.99% of passive infrastructure business unit Telxius to private investors, there will be at least some financial relief.

“It represents an important milestone in focusing our business activities. We are pursuing a clear course based on our growth strategy. Within this strategy, we are focusing on further improving the quality of the O2 network for our customers, particularly in terms of area coverage.”

As part of the agreement, Telefonica Deutschland have been offered favourable, long-term rental agreements, while the cash will be useful in funding the 5G mission, scheduled to start later this year, as well as the Group’s debt problem.

Debt is not necessarily a bad thing in the corporate world, it can signify confidence in a business or an ambitious strategy, but in a stagnant market where growth potential is limited, it becomes a burden on the financial spreadsheets. This is the position the Telefonica Group is in.

At the end of 2016, net debt at Telefonica stood at €48.595 billion, though there have been a number of initiatives, some of which failed, to bring this number down to a more manageable level.

In late 2016, the team considered selling off its UK operations, though with the success of O2 today there will be some relief this project failed. It also attempted to IPO Telxius, though this was also a non-starter. The re-organisation of passive assets into an independent business unit has been much more successful, however.

This is of course not the only example of tower assets being sold to fuel other corporate missions. Vodafone is planning to spin-off its tower asset business, with the intent of private divestments or a market listing, while numerous others are selling assets to investments funds, such as Brookfield in Canada or KKR in the US.

Alongside these German assets, the Telxius business also features towers in Spain, Brazil, Peru, Chile and Argentina, as well as several subsea cables, primarily located around LATAM. Not only does the creation of this business unit offer an opportunity to monetize these passive assets by selling to other telcos, but it can also be used to attract investment from private parties.

The Telefonica Group indirectly owns 50.01% of the Telxius telecoms infrastructure business, while KKR purchased a 40% stake in 2017 and Pontegadea Inversiones owns the remaining 9.99%. According to Crunchbase, $1.3 billion has been raised by Telefonica in divesting stakes in Telxius.

Although this is one of the more well-known initiatives to reduce the debt burden at Telefonica, the management team launched a five-point strategy at the end of 2019. Net debt, including lease liabilities, for the Telefonica Group currently stands at €44.754 billion.

The Telefonica quest to reduce the burden of debt is working, and perhaps it is evolving Telxius into a useful business unit in the process.

5 Of The Best Men’s Deodorant for Sensitive Skin To Help Alleviate Discomfort (Updated 2022)
Watch Metallica’s ‘Master of Puppets’ in the Style of Slipknot
Business travel spending might not return to pre-pandemic levels until 2026
GQ’s Hype List: The Buzziest Things in the Culture Right Now
These eco-friendly futuristic floating homes are currently under construction