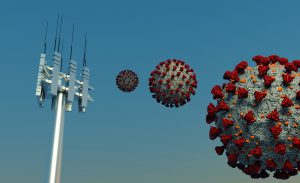 The first UK prosecution for vandalising mobile masts, following the 5G/coronavirus hysteria, has resulted in a lengthy prison sentence.

A 47-year-old man named Michael Whitty pleased guilty to starting a fire inside the equipment box of a Vodafone tower in Kikby, near Liverpool, on 5 April, according to the Liverpool Echo. He had apparently left some gloves at the scene, which had his DNA on them, so this was far from the perfect crime. Noting there was intent to cause very serious damage to property, the judge gave Whitty three years in prison for his troubles.

While, of course, we condemn any vandalism of telecoms gear, three years feels like the harsher end of the scale. The fact that Whitty is a serial offender was presumably a consideration, even though he had only recently branched out into mobile mast sabotage. His confiscated phone revealed a fair bit of research into 5G, from which he sadly came to all the wrong conclusions.

Whitty apparently had a couple of accomplices, who were more careful not to leave damning evidence and presumably weren’t identified by the guilty man, which may also have added time to his sentence. Vodafone revealed that the mast was out of action for 11 days following the arson attempt.

The spate of telecoms mast attacks seems to have been short-lived. At strange times like these, people tend to cling to any explanation for what’s going on, however implausible. The coincidence of a new generation of mobile technology with a global pandemic led some people to put two and two together to get five. Anyone still tempted to take out their frustrations on telecoms kit may well be given pause for thought by the heavy sentence served on Whitty.

Can operators really save an extra 10% in the RAN?
How Virginia Woolf Shunned—and Then Embraced—T.S. Eliot
13 Best Boot Socks For Men For All Seasons 2022
“In My Opinion, Seven is the Pinnacle of Life.” Annie Barrows on Creating Ivy and Bean
‘Chrisley Knows Best,’ Future of Show Unclear As Todd, Julie Sent to Prison