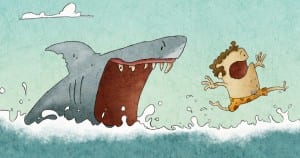 The majority of the telecoms industry is attempting to avoid the mudslinging between the US and China, but OpenRAN firm Parallel Wireless has charged in headfirst.

Presumably the business has no intention in trying to crack the Chinese market, as it has seemingly closed that door firmly with its latest media statement.

“The Communist Party of China has invested hundreds of billions in chip research, development, and production as part of the Made in China 2025 strategic plan. That is why all countries need to act in their nation’s interests to select suppliers that are secure and are not sponsored by political parties.”

Huawei has consistently denied any ties to the Chinese Government, and aside a brief stint in the People’s Liberation Army (PLA) from Huawei founder Ren Zhengfei, there has been little credible evidence. With respect to this assault, Huawei has been contacted to comment but had not responded at the time of writing.

While the telecoms space is usually well behaved and respectful, this is a different approach from Parallel Wireless. Huawei has launched a campaign in the UK press in an attempt to assure its position, but Parallel Wireless has clearly taken issue with this programme.

Few rivals of Huawei want to get involved with the political tensions the Chinese vendor is being dragged into. The likes of Ericsson and Nokia have regularly refused to comment on the situation, though the latter’s CTO got reprimanded last June after an incredibly ill-advised interview where Huawei’s security credentials were called into question.

The general approach has almost always been to rise above the rhetoric, get along with your own business, irrelevant as to whether a bit of China-bashing might offer some commercial benefits. Not here.

OpenRAN has been touted as a technology which can reduce the world’s reliance on Chinese vendors. It is an open field for the moment, though the majority of suppliers seem to be from the US. This is perhaps the reason there is so much enthusiasm from the US Government; it kills two birds with one stone:

This statement from Parallel Wireless is one which embraces the xenophobia, fuel doused onto the flaming US-Chinese relationship. It is one of corporate opportunism, an attempt to crowbar Parallel Wireless into the conversation at the expense of Huawei.

In the statement, not only is the firm directly suggesting that Huawei is a puppet of the Chinese Government, it also believes ramping up the US semiconductor industry is one way to secure victory. This is not an incorrect statement, but the chipset segment is only one element of an increasingly complex equation.

Parallel Wireless is generally not afraid to make bold statements in the press, but it is also one of the biggest beneficiaries of the momentum gathering in the OpenRAN movement. It has numerous trials already in place with the likes of Etisalat, Vodafone and MTN, and would be one of the more recognised names in this embryonic segment.

The higher the tensions between the US and China, the more money which will be directed towards Chinese alternatives. For Parallel Wireless, conflict is good for business.