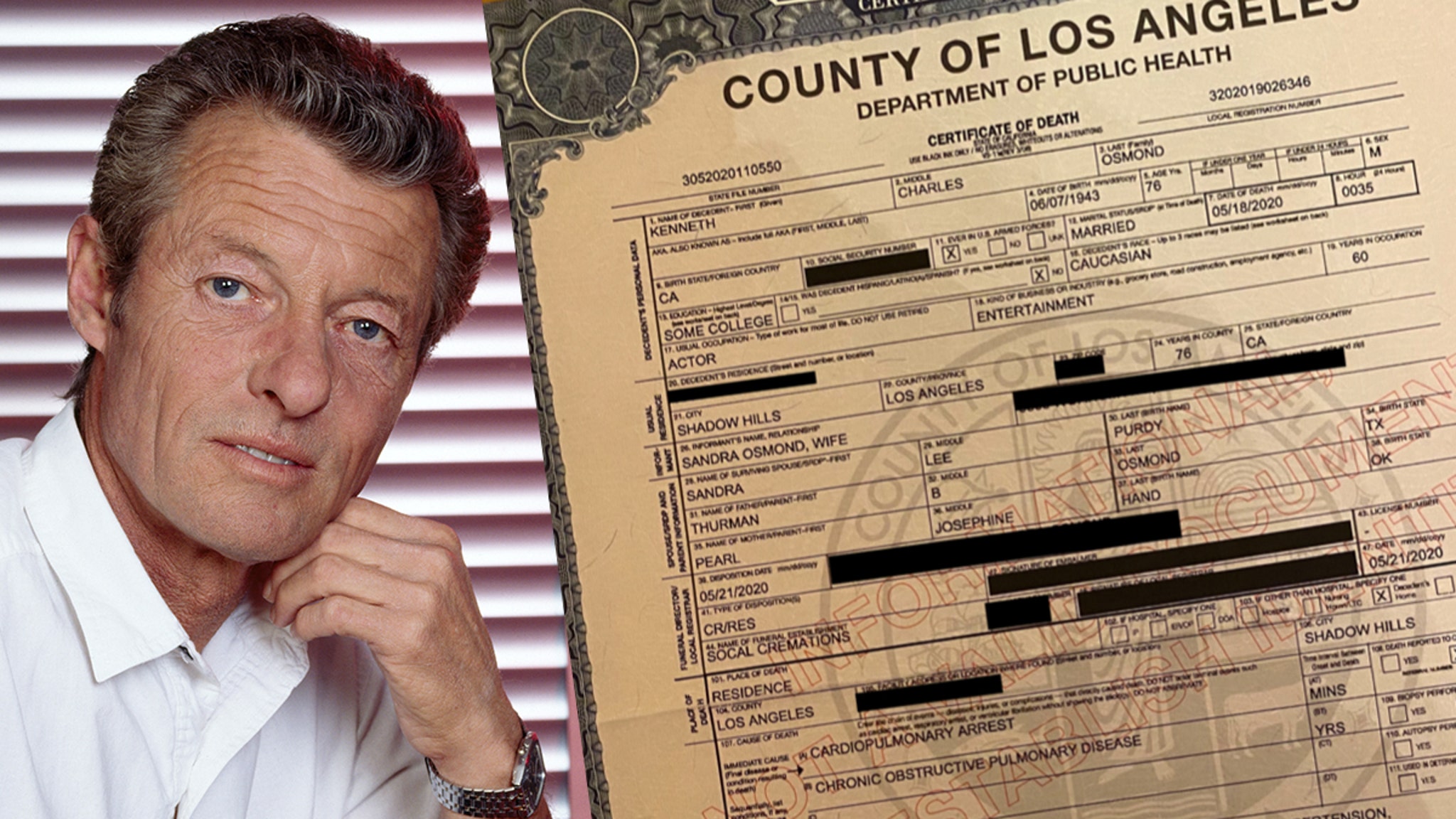 Ken Osmond — famous for playing Eddie Haskell on the iconic ’50s family TV series, “Leave It To Beaver” — died after suffering a cardiopulmonary arrest … according to his death certificate.

According to the document, obtained by TMZ, the actor’s immediate cause of death is a cardiopulmonary arrest. The underlying causes are listed as chronic obstructive pulmonary disease, anemia, atrial fibrillation, congestive heart failure, depression, hypertension and pneumonia.

You’ll recall … Ken died May 18, surrounded by loved ones and family. The doc says he died at his Los Angeles home at 12:35 AM.

The death certificate also notes Ken was a veteran of the United States Armed Forces with 60 years in the entertainment biz. It also says he was cremated.

As we reported, at the time of his death, Ken’s son, Eric, said … “He was an incredibly kind and wonderful father. He had his family gathered around him when he passed. He was loved and will be very missed.”

Ken started acting when he was just 9 years old, and his big break came in 1957 when he landed the role of Eddie Haskell on “Leave it to Beaver” opposite Jerry Mathers, who played Beaver.

4 takeaways from the Investing Club’s ‘Morning Meeting’ on Thursday
A New Los Angeles Metro Station Is Dedicated to Nipsey Hussle
Following the attack on Salman Rushdie, his books are leading the bestseller lists.
15 Of The Best Sweatsuits For Men That You Could Actually Leave The House In (Updated 2022)
5 Of The Best Men’s Deodorant for Sensitive Skin To Help Alleviate Discomfort (Updated 2022)