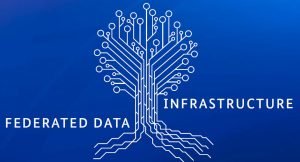 In a typically European approach, a mass collaboration involving the public and private sectors from Germany and France aims to take on the global cloud computing giants.

If the name – Gaia-X – is anything to go by, the project has lofty aspirations. Gaia theory views the earth as some kind of massive, interconnected hive-mind. For the time being, however, it seems that they’ll settle for Europe, or at least France and Germany. Politicians from the two countries bigged the project up in a joint press conference today, as reported by Politico.

According to the report, the idea is to create some kind of cloud infrastructure and convince European companies to entrust their digital valuables to Gaia-X rather than AWS, Alibaba or whatever. It seems to be more about connecting up a bunch of other cloud providers to make one big one, than creating a platform from scratch, so the name makes sense in that respect.

The announcement coincides with a growing trend towards Balkanisation in the global technology industry, as tensions between the US and China force everyone else to pick a team. Europe, of course, sees itself as the third superpower and thinks it should have the kind of independent tech sector you would expect of any self-respecting superpower.

“We are not China, we are not the United States — we are European countries with our own values and our own European interests that we want to defend,” Frech Minister of the Economy and Finance, Bruno Le Maire, told reporters. “The COVID crisis has shown that giant tech companies are winners of the crisis.”

The messaging seems to be confused about Gaia-X, as you might expect of a project that has so many stakeholders. On one hand they keep stressing how important it is that Europe has ‘digital sovereignty, on the other they insist that taking on AWS is the last thing on their mind. The German government has published this document in an apparent bid to explain what the point of Gaia-X is, but we’re not sure they succeeded.

Gen Zers are coming home for the holidays on mom and dad’s dime, study says
Qualcomm signs private 5G research pacts
Keke Palmer Shows She’s Pregnant By Revealing Baby Bump on ‘SNL’
For your holiday to-do list: Donate to the HarperCollins Union Solidarity Fund.
The ‘Guardians of the Galaxy Vol. 3’ Trailer Gets Us Ready for a Big Farewell