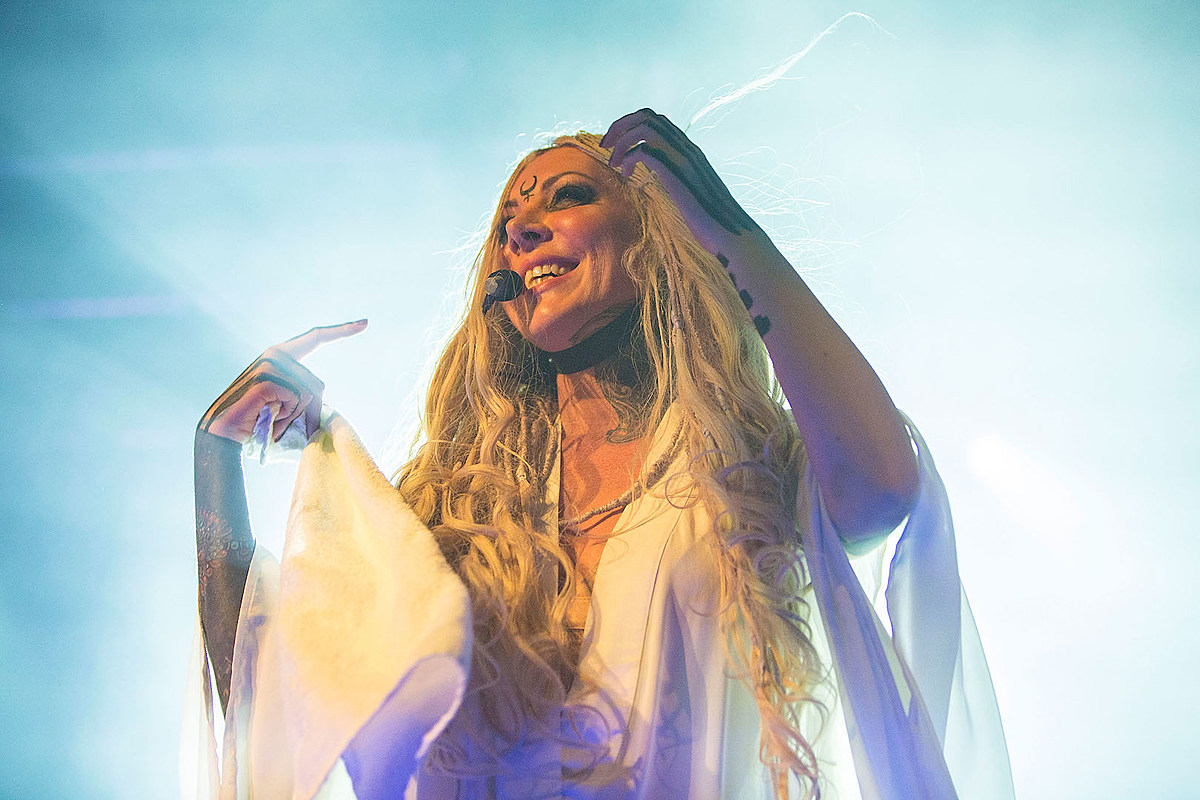 In This Moment‘s latest album Mother is packed with appearances from special guests from Lzzy Hale to Taylor Momsen. Two less-obvious guests are frontwoman Maria Brink‘s mothers, particularly on the song “Mother.”

“All those harmonies you hear in the back, that’s them singing,” Brink confirmed in an interview with Loudwire Nights. “My one mother plays guitar acoustic all the time and she’s always singing, that’s her thing and she loves it. And then my other mother is very shy and has a beautiful voice, but very quiet and timid. She’s very shy to sing things sometimes, so it was a big deal to get her on there.

“But they did it and we all held hands in the room there when we sang together. It was a really beautiful moment to put there — their spirit and their soul — into that song with me.”

Brink credits one of her moms as being responsible for her love for rock ‘n’ roll, particularly Stevie Nicks. She accompanied her mom to a lot of concerts growing up, thus exposing her to music from a young age.

The vocalist hasn’t spoken much about her familial details. However, on June 26, 2013, she wrote in a Facebook post, “As a daughter of two beautiful mothers that I couldn’t be more proud of our family celebrates today’s news. I believe in love, freedom and equality to every single human being in this world. Love, Love, Love, Love!”

June 26 is significant in the LGBTQ community because in 2013, the Supreme Court struck down the Defense of Marriage Act, which thus allowed same-sex couples the same federal benefits as heterosexual couples. On the same day two years later, the Supreme Court ruled same-sex marriage legal in every state of the U.S.

To hear more details about the writing process and inspiration behind Mother, listen to the full interview above.