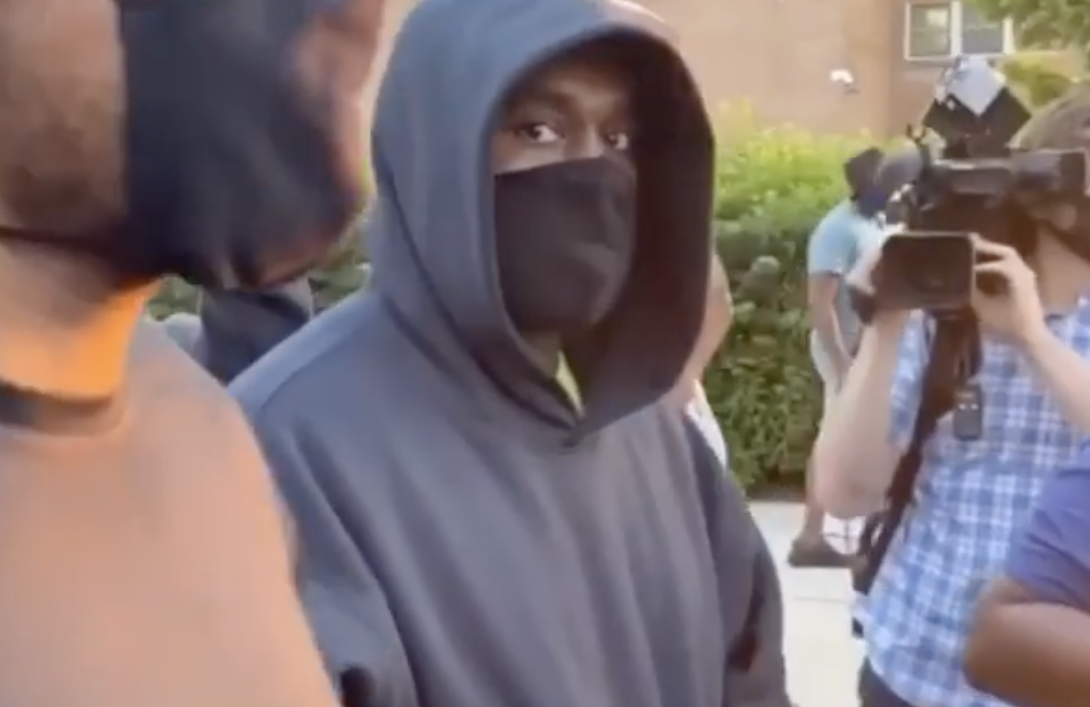 West has reportedly donated $2 million to the families of George Floyd, Ahmaud Arbery and Breonna Taylor for legal fees amid the ongoing police brutality protests. He has also set up a college savings fund for Floyd’s 6-year-old daughter Gianna Floyd.

In addition, West has reportedly donated to various black-owned businesses in his hometown, Chicago

Not only did West open his pockets, he took to the streets. He walked alongside other protesters for the South Side march as students and activists called for Chicago Public Schools to end its contract with the city’s police department.

West has been criticized in the past for supporting President Donald Trump and wearing a MAGA hat, which he ditched for a mask during the march on Thursday.

Community activist Ja’Mal Green explained to Politico, “This is different. This is an issue he dealt with growing up in the neighborhood. It’s not a political issue. It’s a personal issue.”

“He just wanted to be in the crowd. It was important to him to be part of the George Floyd protest.”

15 Of The Best Leather Backpacks That Will Finally Upgrade You To Adult-Status (Updated 2022)
Omar Sy to Star in Peacock’s The Killer Re-Imagining From John Woo
‘Unsustainable and shambolic’: Flight attendants speak out on summer travel chaos
Dethaus Releases New Single, “A Paris Story”
Get Ready for Season 5 of The Simonetta Lein Show: World-Renowned Celebrity Talk Show!