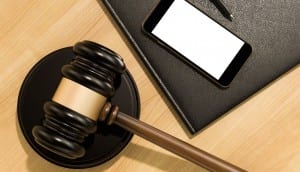 Law firm Boies Schiller Flexner has filed a $5 billion class action lawsuit against Google in the Northern District of California for continuing to collect data while privacy mode is activated.

Alleging Google violated the Federal Wiretap Act, the California Invasion of Privacy Act and the Fourth Amendment, the law firm is suing on behalf of millions. Although $5 billion is a significant financial penalty to be fearful of, Google should perhaps be more worried of precedent as losing this case could open the door for other lawsuits in States with their own privacy laws.

The ruling of this lawsuit will boil down to one question; did Google illegally mislead users by overstating the privacy protection afforded when users activated ‘Incognito’, a mode which supposedly acts as an opt-out for data collection and analysis.

“Google tracks and collects consumer browsing history and other web activity data no matter what safeguards consumers undertake to protect their data privacy,” the lawsuit states.

“Indeed, even when Google users launch a web browser with ‘private browsing mode’ activated (as Google recommends to users wishing to browse the web privately), Google nevertheless tracks the users’ browsing data and other identifying information.”

Should the lawsuit be successful, the team would like to award $5,000 in damages to every user who has used Google’s ‘Incognito’ mode since June 1, 2016.

‘Incognito’ mode was first introduced to Google search functions in 2008 and is designed to allow users to browse the internet without Google Chrome remembering the activities. Although it sounds promising, what should be noted is that Google has always stated it is not an absolute protection from online tracking.

The following statement is taken from the Google ‘Incognito’ section of the website:

Chrome won’t save your browsing history, cookies and site data, or information entered in forms. Files you download and bookmarks you create will be kept. Your activity isn’t hidden from websites you visit, your employer or school, or your internet service provider.

The contentious issue is how much ‘Incognito’ mode was oversold to the user, with the Boies Schiller Flexner legal team believing Google misled users. Through applications and functions such as Google Ad Manager and Google Sign-In, the claim is that browsing information was still collected by the search giant despite assurances to the user it wouldn’t.

Of course, what is worth noting is that there is serious incentive for the collection of personal information. According to estimates (albeit, old estimates) from Tim Morey of digital strategy firm Frog, the value of different data segment vary quite significantly:

The question which is being asked today is whether all of these data collection and analysis strategies are being done legally.

One trend which is becoming increasingly more obvious is the desire for more privacy.

Earlier this week, Brave, a privacy-orientated search engine, said that monthly active users (MAUs) passed 15 million for the first time in May, a 125% increase year-on-year. These browsers also tend to be more engaged, with click-through rates of ads were as high as 9%.

Perhaps it is the dangers of the digital economy hitting home, finally, but users are becoming much more aware of their privacy rights. This is not good for business for the likes of Google and other internet giants where business models are moulded around information, but it does raise a few questions about the suitability of existing privacy laws:

One question which has not been properly addressed is whether the privacy rules which are being enforced today are suitable for the digital era?

The EU’s General Data Protection Regulations (GDPR) were passed in 2018, ensuring rules in Europe were fit for purpose, but many countries are dictated by privacy rules and regulations written in a bygone era.

In this lawsuit against Google, the three laws mentioned could certainly be considered out of date:

Although all of these laws are theoretically in the same ballpark, they have been designed for analogue societies. Legal documents are full of nuances and loopholes and taking an example slightly out of context can create all sorts of problems. Today’s digital society is fundamentally different from the analogue era, making it difficult to apply existing laws perfectly.

A donkey might have four legs, a tail and eat hay, but that does not mean it will be at home in the starting gate at a racecourse.

There are plenty of ways the lawsuit against Google can fall apart, most notably as the lawyers on the offensive will have to demonstrate an extensive knowledge of the intricate operations within the search engine business to prove their points. This is an issue.

What you can also guarantee is that Google will throw plenty of legal resources at the case. These are seasoned professionals who have become very well accustomed to defending the internet giant.

Google will of course not want to pay the $5 billion penalty which is being sought by the lawyers championing this class action suit, a bigger consequence is precedent. If lawyers are successful in suing Google for breaking California laws, who is to say another firm would not raise the alarm in any one of the other 49 States which make up the USA.

The USA is a highly litigious country and precedent is a very powerful force in this community.

SK Telecom’s metaverse platform goes global
What It’s Like to Have Steven Spielberg Teach You How to Play Steven Spielberg
UK set to implement new rules for fibre and 5G builds
This Wearable Is Medically Proven To Boost Your Sex Life: Struggling with ED? Time To Meet Eddie…
How ‘Bones and All’ Convincingly Transformed Timothée Chalamet and Taylor Russell Into Cannibals