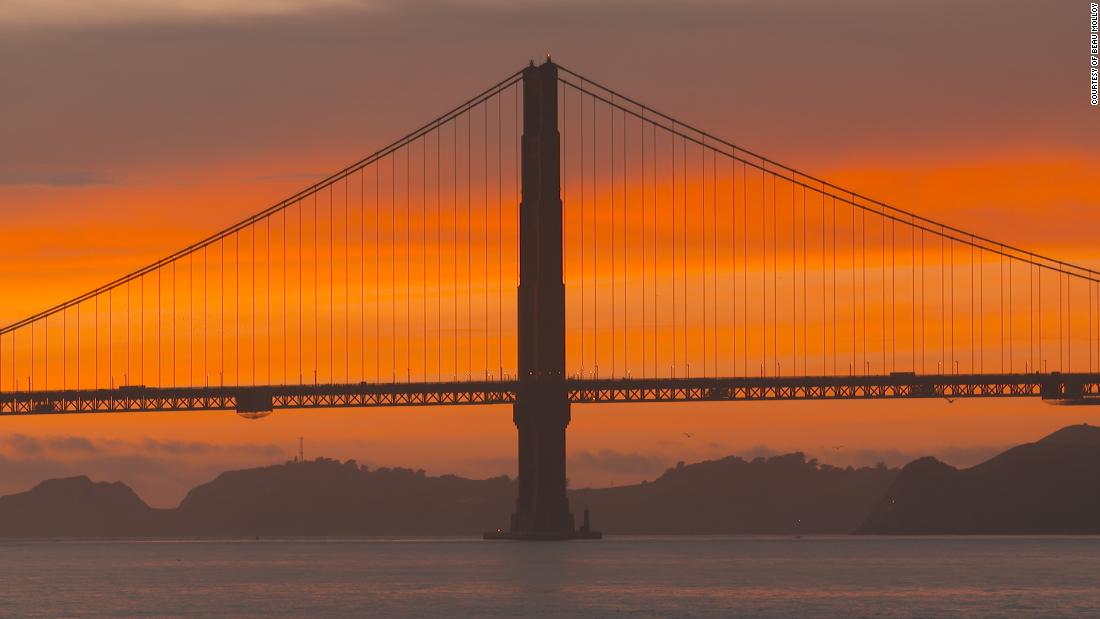 (CNN) — Want to get away from it all? And would you want to go, or go back to, what is arguably the best city in America? Well, visiting San Francisco may not be possible at the moment.

But with a few digital and analog resources, a little effort and a handful of that magical pixie dust we call imagination, it’s possible to evoke the sights, sounds and tastes of the city.

Whether you need a big hit off that famously laid back and permissive vibe or you want to start preparing for your first, or next actual trip there, immerse yourself now.

Here is a highlight reel of the parts of San Francisco that don’t require setting foot in what Paul Kantner of Jefferson Airplane called “49 square miles surrounded by reality,” a quote inscribed above the historically Beatnik bar of Vesuvio Cafe in SF’s North Beach neighborhood.

Step one: Be sure to wear some flowers in your hair.

You can have your crusty sourdough bread, Dungeness crab and uh, Rice-A-Roni. For me, the meal that is the quintessential taste of San Francisco is a Mission District burrito.

Lay down a handful of warm black or pinto beans, top with grated Monterey Jack cheese, avocado, salsa and optional meat or tofu in a tortilla. Then wrap it up like a giant egg roll. It should be big, almost falling apart and too much to eat, served with salty tortilla chips. If you’re lucky, your local Mexican take-out can replicate it, but it’s not hard to make yourself.

San Francisco is also a beer town. Aim to procure some from Bay Area breweries such as 21st Amendment, Bear Republic, Speakeasy or Anchor Steam. As a one-time resident of San Francisco, their IPAs are the taste of the city for me.

If you prefer harder stuff, go for margaritas or martinis, as San Francisco has venerated institutions devoted to perfecting the art of the agave and gin cocktails.
For dessert, you should be able to find Ghirardelli chocolate. Or make your own Irish coffee. As one version of history has it, the drink originated in Ireland’s Shannon airport and was reengineered by the owner of the Buena Vista, located in Fisherman’s Wharf where they have perfected the drink, a block away from Ghirardelli Square.

With its municipal beauty, stomach-dropping hills, beautiful bay, bridges, islands, distinct architecture, rich history and cool vibe, San Francisco is the setting for many classic films and some great car chases that conjure that feeling of traversing its diagonal streets and windblown edges.

Here is a cinematic buffet from which to feast that spans from the San Francisco earthquake of 1906 to present-day gentrification also tearing up the streets.

“San Francisco” (1936) Witness the wild days of ol’ Frisco when it was infused with gold rush money and then shook and burned after the earthquake that left about 3,000 dead, but luckily not Clark Gable.
“Dark Passage” (1947) Before there was “The Fugitive,” Humphrey Bogart’s character escapes from San Quentin and drives all over The City trying to prove his innocence, with some help from Lauren Bacall.
“Vertigo” (1958) Alfred Hitchcock takes Jimmy Stewart and Kim Novak on a murder mystery tour of San Francisco’s tourist attractions.
“Bullitt” (1968) One of the greatest car chase scenes in film history as city cop Steve McQueen repeatedly catches air in a 1968 Ford Mustang 390 GT. The rest of the film is also pretty great.
“Dirty Harry” (1971) Clint Eastwood is the vengeful lone-wolf cop chasing a killer loosely based on the real-life Zodiac serial murderer.
“How I Married an Axe Murder” (1993) More murder! Pre-Austin Powers’ Mike Myers performs poetry in a coffee shop and finds love in this lethal comedy.
“Mrs. Doubtfire” (1993) The family lives in the heart of the city, and that’s a Muni bus Mrs. Doubtfire takes home. The fact that Robin Williams was a long-time resident of San Francisco may have had something to do with its setting.
“The Pursuit of Happyness” (2006) This is a heartbreaking, and heartwarming, true story of a man’s refusal to give up, as portrayed by Will Smith.
“Zodiac” (2007) Closer to the true story of the late 1960s serial murders (see “Dirty Harry”), starring Jake Gyllenhaal, Robert Downey Jr. and Mark Ruffalo.
“Milk” (2008) Sean Penn’s Oscar winning performance as the first openly gay politician in the US and his tragic end.

Jonesing for more? There are great SF cameos to be enjoyed in “Superman,” “Inside Out,” “Hulk,” “When a Man Loves a Woman,” “Big Hero 6” (technically set in fictional San Fransokyo), “Basic Instinct,” “The Rock,” “Guess Who’s Coming to Dinner” and the dramatic Golden Gate Bridge ending of the James Bond movie, “A View to a Kill.”

And there’s a “Tales of the City” mini-series produced by PBS from the books by Armistead Maupin, now on Netflix.

You can get your coffee shop beatnik on by busting out your beret, bongos and cappuccino. Dim the lights. Read or listen to some beat poetry or jazz. And crank up the air conditioning to hoodie temperatures — San Francisco is perpetually chilly.

Put all that together in your home and you may look ridiculous. But so what, man? You’re just doing your thing, daddy-o.

We built this city on rock ‘n’ roll

San Francisco has a music culture that took root in the 1950s and ’60s with folk and then with the psychedelic sounds of the hippies and jam bands that followed. Bands and musicians who lived in The City and left their mark include The Grateful Dead, Jefferson Airplane, Journey, Carlos Santana, Janis Joplin and Chris Isaak.

But if you want to create a San Francisco playlist, it should be an eclectic mix for an eclectic place.

No, you can’t go to these amazing and unique places now. And virtual is never as good as the real thing. But just because you can’t hang with your friends right now doesn’t mean you don’t want to still see them on a screen.

Whether it’s fascinating photos, cool history or online activities, some of my favorite spots in San Francisco still have something on their websites to engage your love of the city.

The Golden Gate Bridge has detailed history, archived photos and superlative stats about how it functions today.
The premier science museum, the Exploratorium has many great coronavirus video explainers and engaging fun “Science Snack” experiments to do at home, for kids of all ages (including adults).
The vintage public Market Street streetcars have their own website where you can geek out on each car’s municipal provenance. My favorite is Milan.
At the vintage Musée Mécanique (which thankfully wasn’t damaged in the recent Pier 45 fire), visitors can play 100-year-old “video games” to an Indiana Jones pinball machine, all powered by quarters. The museum’s website has a photo gallery that is so good, it’s almost like being there. The shop sells a DVD tour, a book of photo booth strips left behind from its coin-operated booth and CDs of music from their marvelous mechanical instruments.
And do you need to get yourself into a better mental space right now? My old meditation spot, the fabled San Francisco Zen Center has online courses, dharma talks and a virtual sangha available.

San Francisco on the page

Finally, for a deeper, long lasting experience, treat yourself to a San Francisco-set book. And please purchase them from the fabled City Lights Bookstore in North Beach, started and still owned by Beat poet Lawrence Ferlinghetti.
The poem “Howl” was first performed by Allen Ginsberg at a gallery near the Marina District, but it was the bookstore that first published it in 1956, which led to a legal challenge that made its way to the Supreme Court.
“McTeague” is a brilliant soap opera of a novel by Frank Norris, fueled by greed gone bad in 1899’s San Francisco.
Maupin’s “Tales of the City” is the signature novel (with many sequels) of life during San Francisco’s cultural and progressive growth spurt in the 1970s.
“The Golden Gate” is Vikram Seth’s first novel and written entirely in rhyming verse, about love in The City in the 1980s.
And my favorite, “All Over Coffee,” one of the book titles from Paul Madonna’s weekly comic strip of the same name, published in the San Francisco Chronicle, captures the unique architecture and feeling of the place better than any novel or photography book.
This article was originally published by Cnn.com. Read the original article here.
Share on Facebook
Share on Twitter
Share on Pinterest
Share on LinkedIn